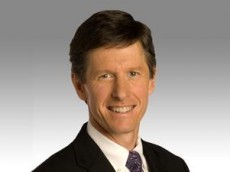 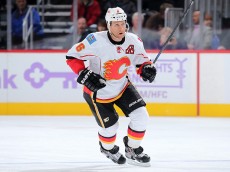 The NHL trade deadline is just over two weeks away and the hot stove is starting to warm up. Which contenders will bolster their rosters for a Stanley Cup run? Which disappointments will look to unload veterans and big contracts in an attempt to reshuffle? And how many of those deals will make sense? Most […] 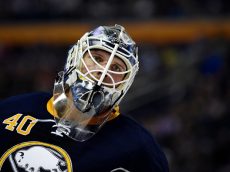 Robin Lehner has never been one to hold back his emotions and following the Buffalo Sabres 4-2 loss to the Vancouver Canucks, the Sabres goaltender ripped his team’s effort. 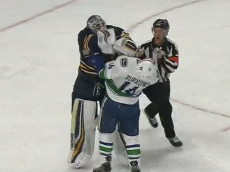 I’m sure Alex Burrows has had better nights than the one he had on Sunday, as he learned that when you rough house with the Sabres, they will rough house back with you twice as hard. The Canucks tough guy battled hard in front of the net with Justin Falk and goalie Robin Lehner. Then […] 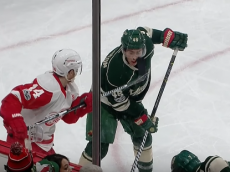 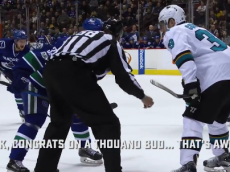 A player reaching 1,000 points in their NHL career is a pretty special accomplishment applauded by fans and players alike. Henrik Sedin recently hit the 1,000-point milestone and received a special congratulatory message from Logan Couture right before a faceoff. 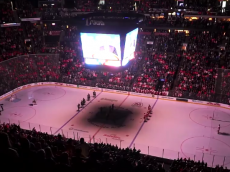 The Columbus Blue Jackets held a moment of silence for late Red Wings owner Mike Ilitch. Instead of standing in silence, one dumbass fan decided to make the sign of respect about him. During the moment of silence, someone, assumedly drunk, yelled about pizza as the arena was silent in remembrance of Ilitch. I can’t fathom […] 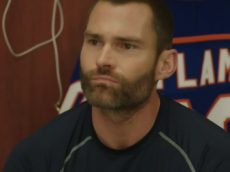 The first full trailer for Goon 2 is finally here! Hockey fans who are clamoring for the sequel were treated to a quick look a few months back, but the trailer below offers a more complete look at the March sequel. WARNING The trailer below gives away a lot from the movie. If you don’t […] 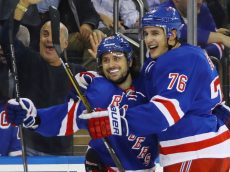 Welcome to yet another edition of This Week in NHL Stupid. We track the ugly, the silly, and the plain ol’ stupid in the World of Hockey. This week, we celebrated the 500th goal from Patrick Marleau, all of which came with the San Jose Sharks. 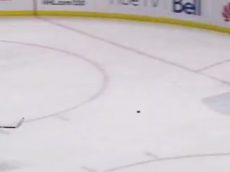 The Dallas Stars haven’t had a very good season. On Thursday, things got a bit worse. Jiri Hudler accidentally scored on his own net after attempting a drop-pass during a delayed penalty. It’s a hockey player’s nightmare. 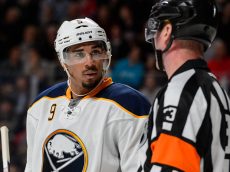 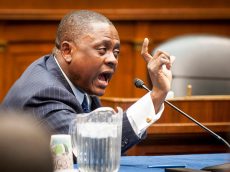 Dr. Bennet Omalu is lending his support to former NHL players suing the league in the ongoing concussion lawsuit. Omalu, a neuropathologist who discovered and published findings on CTE in football players (which was later made into the film Concussion starring Will Smith), drafted a letter to the lawyers of former players in the lawsuit defending it from the NHL’s […] 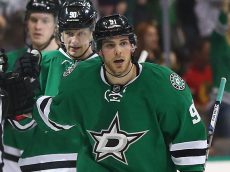 Tyler Seguin is tired of losing. On the heels of losing to the Toronto Maple Leafs 3-1 on Tuesday night, Tyler Seguin expressed frustration about where the Dallas Stars sit in the standings. With only 21 wins in the organizations first 54 games, Seguin admitted he was sick of talking about losing. “I’m just so […] 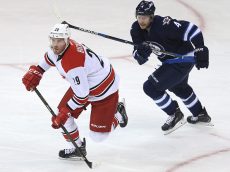 Bryan Bickell is getting close to returning to NHL action. Bickell announced he was diagnosed with multiple sclerosis back in November. Acquired from the Blackhawks in the trade which brought Teuvo Teräväinen to the Carolina Hurricanes, Bickell’s appeared in just seven games in 2016-17. His last game came in late October. The diagnosis didn’t stop […] 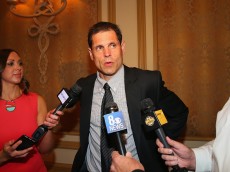 The Boston Bruins made the curious decision to fire head coach Claude Julien on Tuesday morning. While the subject is noteworthy enough, during the Bruins press conference discussing the move, general manager Don Sweeney was destroyed by the Boston media for calling it during the middle of the New England Patriots Super Bowl parade. Reporters […]