Unless you’re just coming out of a coma (in which case, welcome back and thanks for reading!), you’ve probably heard the Chicago Cubs ended their 108-year World Series drought. The drought featured the worst types of sports cruelty – long stretches of irrelevance, broken up by fleeting periods of hope that often ended with crushing heartbreak.

There isn’t really a team in the NHL, or any other of the major North American sports leagues, who can compare to the now-deceased Cubs streak. But there are plenty of fan bases that are tortured, entire generations that haven’t tasted the champagne of victory.

There are six that stand out among the rest.

The heart-break began almost right away for Canucks fans. The franchise joined the league at the same time as the similarly star-crossed Buffalo Sabres. The teams were given an equal shot at the first overall pick, expected by most to be Gilbert Perreault. The order was to be determined by spinning a roulette wheel; the Sabres would win if it landed on 8-13 and the Canucks would if it was 1-6. Seven would be a push. NHL President Clarence Campbell spun the wheel and announced it had landed on one, giving the Canucks the pick. He was mistaken, however. It had landed on 11. The Sabres took 500-goal scorer and Hall of Famer Perreault first overall. Vancouver took the exceedingly mediocre Dale Tallon at two. That set the tone for the next five decades: a Cup loss in 1982, a heart-breaking loss to New York in 1994, a blown 2-0 lead against Boston in 2011.

Now it appears they’ve wasted the primes of Henrik and Daniel Sedin. I guess the rioting makes a little more sense when you look at the big picture. 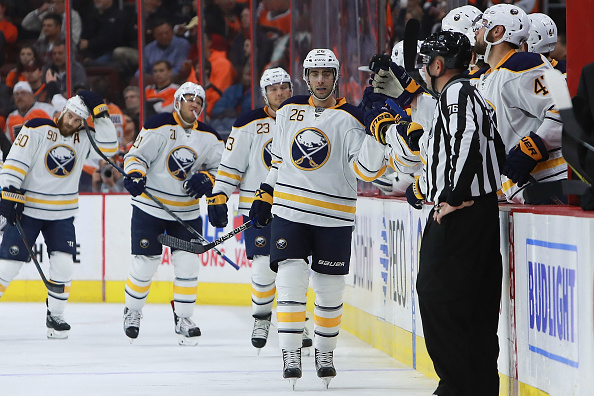 PHILADELPHIA, PA – OCTOBER 25: Matt Moulson #26 of the Buffalo Sabres celebrates with teammates after scoring against the Philadelphia Flyers during the second period at Wells Fargo Center on October 25, 2016 in Philadelphia, Pennsylvania. (Photo by Michael Reaves/Getty Images)

As a Sabres fan, I’m a tad biased here. But there’s no way you can leave Buffalo off any sports suffering list. The Sabres have won exactly zero titles in 46 seasons. They’ve lost two Stanley Cups – 1975 and 1999. They made the playoffs 24 of 27 seasons between 1975 and 2001 and made it as far as the conference finals just four times. The surprise 2006 team lost in seven games in the Eastern Finals as four of the team’s five best defensemen sat in the press box with injuries. The next year, the Presidents’ Trophy winners were again eliminated in the East Conference Final. Chris Drury and Danny Briere left that offseason and the franchise hasn’t won a playoff round since. 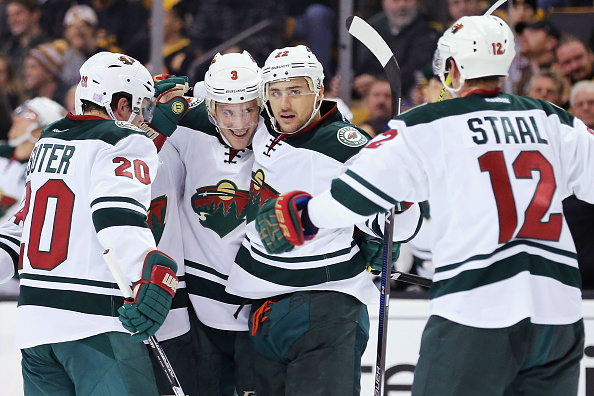 <>during the second period at TD Garden on October 25, 2016 in Boston, Massachusetts.

Sure, the Wild haven’t even been around for two decades. But the Minnesota North Stars were among the six teams that joined the league in the original expansion of 1967. The North Stars played in and lost two Stanley Cups before moving to Dallas in 1993. The pain of losing a team, especially in a state that loves hockey like Minnesota, is impossible to measure. But things haven’t been great since the Wild came to town. They have been consistent playoff contenders, but have been to just one conference final – a sweep at the hands of the Mighty Ducks in 2003. 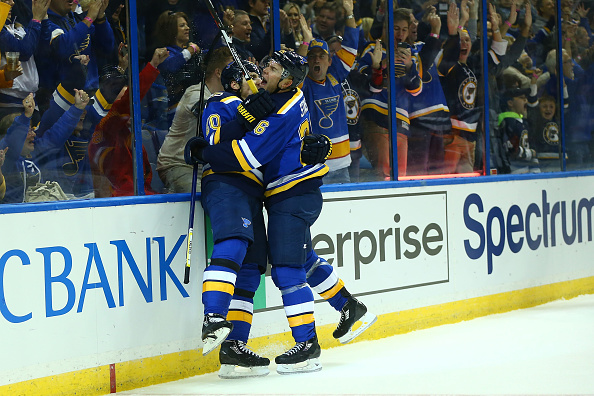 No franchise has more playoff appearances or playoff wins without a title. St. Louis appeared in the Stanley Cup in its first three years of existence, largely due to the bizarre division structure of the post-expansion NHL. The Blues were swept all three times and have never been back. They’ve made the playoffs all but eight times in a half-century of existence. They once made the playoffs 25 years in a row and went as far as the conference finals just twice. Like many teams listed here, they’ve given their fans plenty of hope without much of a payoff. 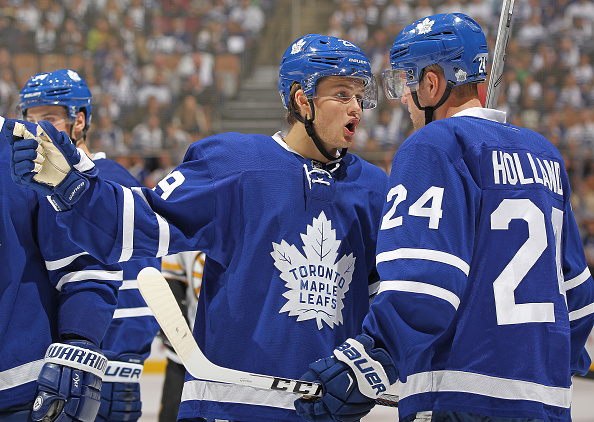 TORONTO, ON – OCTOBER 15: William Nylander #29 and Peter Holland #24 of the Toronto Maple Leafs discuss a faceoff against the Boston Bruins during an NHL game on October 15, 2016 at the Air Canada Centre in Toronto, Ontario, Canada. The Leafs defeated the Bruins 4-1. (Photo by Claus Andersen/Getty Images)

The center of the hockey universe has had a tough half-century. The Leafs are currently mired in a 50-year Stanley Cup drought. The franchise has appeared in just four conference finals and zero finals in that time. The Leafs have been largely irrelevant since the 2005 lockout, with just one playoff appearance in 11 seasons. That, of course, ended with a blown three-goal lead in Game 7 against the Boston Bruins.  The tide seems to be turning with the arrival of William Nylander, Auston Matthews and Mitch Marner, but Toronto is still searching for its first playoff win since the first term of the Bush administration. 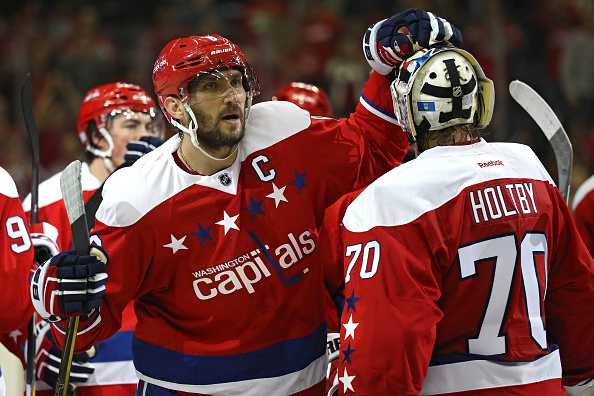 The Capitals are owners of the worst season in NHL history – an eight-win campaign in 1974-75. The 40-plus seasons since have been better, but not by much. The Caps have been to just one final in that time, ending in a sweep at the hands of the Detroit Red Wings. The team has been consistently one of the best in the league over the past decade, but hasn’t made it as far as the conference final in that time, blowing an almost comical number of two-game leads. The fans have been treated to the exploits of Alex Ovechkin, but haven’t come close to seeing him lift the Stanley Cup.

Former below-average winger. Current hockey blogger and Sabres fan. Fan of advanced stats, sabermetrics, analytics or whatever you'd like to call them. Brett Hull's foot was in the crease.