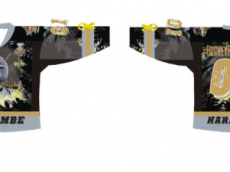 The fanfare over Harambe is finally starting to fade after the depressing incident at the Cincinnati Zoo which took place all the way back in May. In an effort to bring awareness to the plight of the Lowland Gorilla, the Trenton Golden Hawks will hold a #HockeyForHarambe night on October 19th as a part of their […] 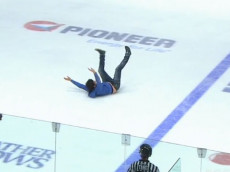 Now that hockey has returned, fans have showed their appreciation and excitement in many ways. One minor league hockey fan went a little too far in Mississauga, as he climbed the ice and ran on to the ice during an OHL game against the Guelph Storm … Not saying it would have been the right […] 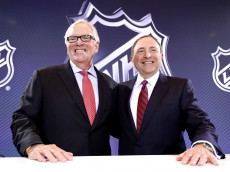 [link_box id=”22277″ site_id=”17″ layout=”link-box-third” alignment=”alignright”]On Sunday, the Las Vegas NHL expansion team announced a date for their team name reveal and on Tuesday they revealed their plans for an AHL affiliate. The Vegas team won’t start the season with their own farm system, instead, owner Bill Foley told the Las Vegas Review-Journal that the Vegas […]