It’s that time of year when the good teams in the NHL start pulling away from the bad ones. With that, it’s starting to become clear which teams need to place their playoff aspirations on hold and look forward to the upcoming 2017 NHL Draft.

These three struggling franchises clearly need to start looking to the offseason and start planning on their strategy for next season.

Many thought that the Islanders were going to at least compete for a playoff spot, but it looks like the departures of Frans Nielsen and Kyle Okposo have left bigger holes than even Garth Snow could even imagine. Andrew Ladd has been an unmitigated disaster and with six more years on his deal after this one, it could already be a prime candidate for a buyout.

The goaltending situation is odd and is no longer a stable spot for them. Injuries on defense have made the back end volatile as well. It has slowly become a perfect storm of terrible for the Islanders. If they want to keep super star John Tavares in the fold, they need to add another player of his caliber to the team. Perhaps someone like Nolan Patrick? 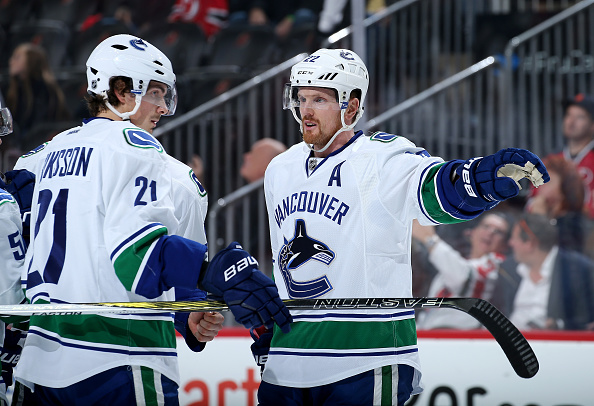 NEWARK, NJ – DECEMBER 06: Daniel Sedin #22 of the Vancouver Canucks talks with Loui Eriksson #21 in the first period against the New Jersey Devils on December 6, 2016 at Prudential Center in Newark, New Jersey. (Photo by Elsa/Getty Images)

Quite possibly the worst-managed team in the league, the Canucks are in an awful lot of trouble. They were completely fine with just sneaking into the playoffs. Little do they know that this team isn’t anywhere close to that. They have a good first line and a good top pair, but after that you don’t have a whole lot. They have a prospect pool that is middle-of-the-road and the worst part is the front office doesn’t seem to know it.

Rebuilding this team will be tough, it would start with trading the Sedins. They are more than likely a package deal and in that trade they would likely decimate any team trying to trade for them. Their value will likely never be higher as they continue to decline as age begins to catch up with them. Trade talk aside, the team has already said rebuilding around the Sedins wouldn’t be fair to the twins. Keep in mind that comes at the expense of the franchise and its fans.

Getting a Canadian franchise to buy into a tank is a tough thought, but most fans though seem to be on board. Will they ever pull that trigger? 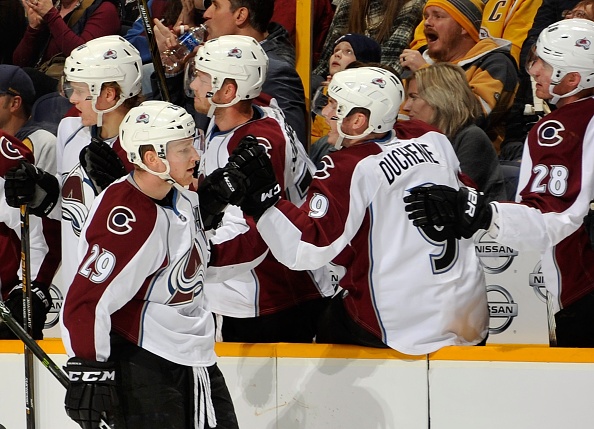 NASHVILLE, TN – DECEMBER 06: Matt Duchene #9 and Patrick Wiercioch #28 of the Colorado Avalanche congratulate teammate Nathan MacKinnon #29 on scoring a goal against the Nashville Predators during the first period at Bridgestone Arena on December 6, 2016 in Nashville, Tennessee. (Photo by Frederick Breedon/Getty Images)

This is a team that looked to be vastly improved coming into the season only to find that their team just isn’t there quite yet. They are an odd mix of young and old, almost as if Sakic is unsure of the plan at the moment. Patrick Roy’s resignation definitely put them in an awkward place and it made the roster construction really stand out. Nathan Mackinnon is an obvious star and Matt Duchene is still valuable, and while they have the top-end players in place, they need to start filling the holes of the roster with better players.

Instead of filling bottom-six roles with Jarome Iginla and Blake Comeau, young players need to populate the roster. The league is moving to a more well-rounded approach, and if they continue to build their team like this with Jared Bednar at the helm, it will be one vicious circle.