If you loved playing both NHL ’94 and The Oregon Trail as a kid, we have the news story for you.

After five Canucks players were diagnosed with the mumps last week, two Wild players have been quarantined with the infection as well. It’s a full-on league outbreak.

According to the NHL’s release, other members of the organization with symptoms have also been placed in isolation, and players and staff have been given an MMR (measles-mumps-rubella) vaccine.

Mumps is (ed. note: are? I honestly don’t know.) transmitted through saliva and mucus from the mouth, nose or throat, according to the CDC. The Canucks last played the Wild on Feb. 4, and the CDC says it can take up to 25 days for someone exposed to the virus to exhibit symptoms, such as muscle pain, fever, headaches, fatigue and swollen glands.

We’re nearing the end of that timeline here, but it’s completely possible the Vancouver players passed the mumps along to Minnesota.

Back in 2014, dozens of players and officials were diagnosed with mumps from October to December, and Sidney Crosby even spoke to the media while dealing with symptoms.

The league even took special precautions, such as cycling through water bottle caps: 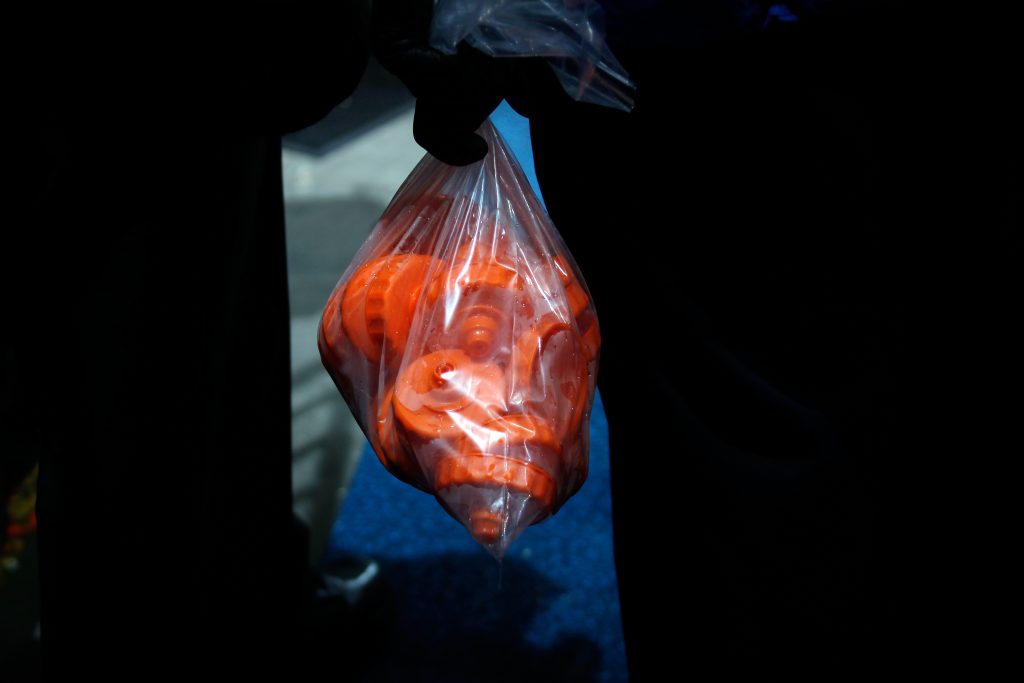 UNIONDALE, NY – DECEMBER 29: Water bottle caps are seen during a game between the Washington Capitals and the New York Islanders at the Nassau Veterans Memorial Coliseum on December 29, 2014 in Uniondale, New York. As a precaution against the mumps, the bottle caps are changed at the end of every period. (Photo by Bruce Bennett/Getty Images)

During that outbreak, Wild defensemen Jonas Brodin and Marco Scandella were diagnosed. You would think Pominville and Parise, who were already members of the Wild back then, would have gotten boosters at that point, but maybe that’s not the case in light of Monday’s news.

From a hockey standpoint, the Wild will be without two key players (and maybe more) for an indefinite amount of time as they try to keep their slim lead on the surging Blackhawks, who have closed within one point of first place.

Because of the fairly long incubation period, we won’t know for another few weeks whether or not the league has more to worry about.

Jesse is a writer and editor for The Comeback. He has also worked for SI.com and runs The Catch and Shoot, a college basketball website based in Chicago. He is a graduate of the Medill School of Journalism at Northwestern University. Follow Jesse on Twitter @Jesse_Kramer.