Plenty of us were more than ready to take 2016 and throw it in the trash. Luckily we have had a change of digit and with it comes a whole new set of questions that will be answered. A whole new list of things to look forward to in the hockey world. We at Puck Drunk Love have chosen our 10 most compelling story lines to follow in the new year of 2017: 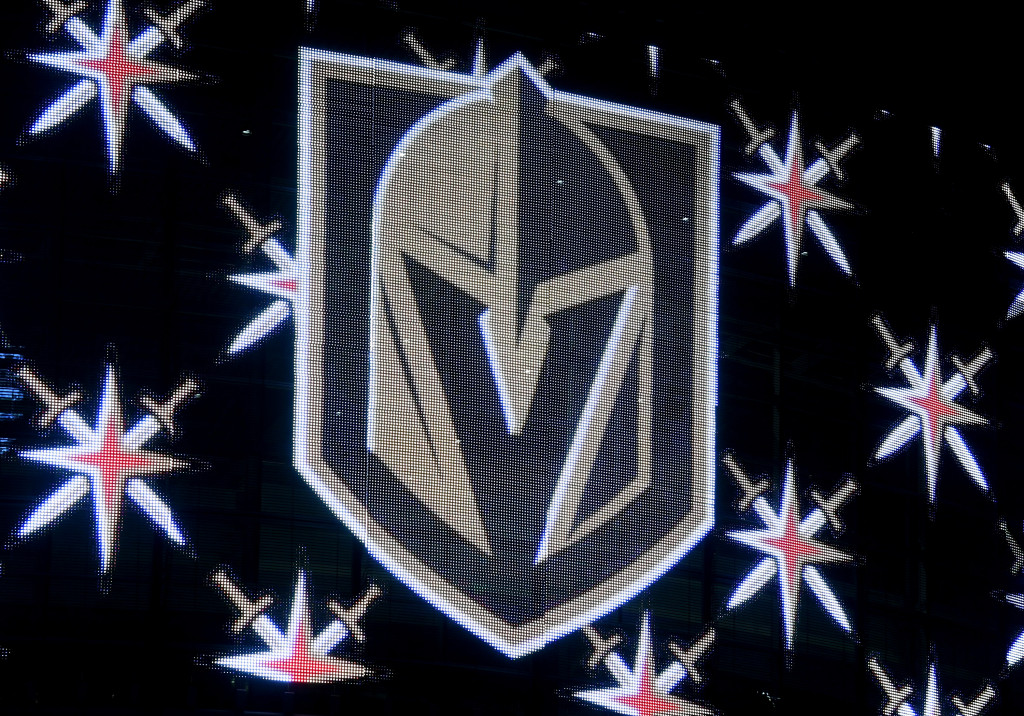 LAS VEGAS, NV – NOVEMBER 22: The team logo for the Vegas Golden Knights is displayed on T-Mobile Arena’s video mesh wall after being announced as the name for the Las Vegas NHL franchise at T-Mobile Arena on November 22, 2016 in Las Vegas, Nevada. The team will begin play in the 2017-18 season. (Photo by Ethan Miller/Getty Images)

Who will call Sin City home?

June 21st will feature the Vegas Golden Knights expansion draft. What kind of team will George McPhee draft out of the players that teams will leave exposed? Stout defense? Speed on the wings? Draft from goalie out? There will be lots of good goalies available which could help the Knights become a sleeper 8 seed.

It’ll be interesting to see who McPhee chooses to build his team around. Meanwhile, The fun in the expansion draft will be all the no movement clauses that teams have to maneuver around. Players like Rick Nash, Marc Andre Fleury, and a host of others must be protected in the draft, meaning other younger players will be exposed unless players are traded or convinced to waive their NMC’s. Will Matt Murray or Chris Kreider wind up being exposed to the Vegas GK’s?

Will there be a 32nd team or relocation?

With Vegas in the fold as Team 31, there will be talk about evening out the conferences with a new team. With a new arena ready to go in Quebec City and steam surrounding Seattle, who will get the next team? Or will both cities get teams while an existing franchise gets tossed across the country? Carolina? Florida? The Islanders? Who knows if this is resolved in 2017 but the chatter will be enough to pique our interest.

Who will win the World Juniors?

Unlike the World Cup of Hockey, Team USA has given us a strong international showing in the World Junior Tournament, going 4-0 in pool play and defeating Switzerland to advance to the semifinals against Russia today. For those who love international competition, the under-20 team has given USA Hockey fans hope for the present and the future. Team Canada is also fielding their usual powerhouse as they outlasted the Czech Republic to advance to the semis against Sweden in tonight’s second semifinal. We’re that close to what could be yet another USA/Canada final in Montreal on Thursday. 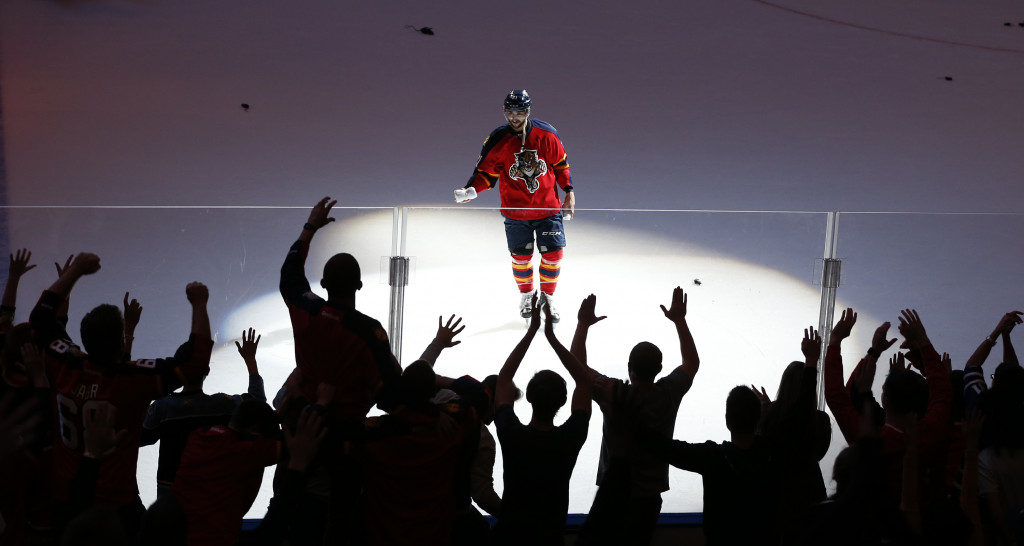 SUNRISE, FL – MARCH 10: Vincent Trocheck #21 of the Florida Panthers skates towards the fans after being voted to the number one star of the game against the Ottawa Senators at the BB&T Center on March 10, 2016 in Sunrise, Florida. The Panthers defeated the Senators 6-2. (Photo by Joel Auerbach/Getty Images)

Will somebody put a tent on the Florida Panthers’ circus?

Let’s just say the Florida Panthers have been a little unstable in the past several weeks, as they’ve changed their head coach, changed their management structure and changed it again. Who knows how front office follies really affect a clubhouse, but the Panthers have had a miserable December. They’ll be a team to watch in January with a schedule that’s manageable. If they don’t manage it, then there could be some selling happening in Sunrise, and it could be fun to watch any smoldering flames that burn there. Related …

Will Jaromir Jagr continue his career?

Jaromir Jagr has had a banner 2016, helping the Panthers to the playoffs in the beginning of 2016, and passing Mark Messier for second all time in NHL points. There really isn’t much left for Jagr to accomplish except his self-imposed goal to play until he’s 50 years old. And although he can’t accomplish that next season, it’ll be interesting to see what moments Jagr creates and, if there’s a Florida fire sale, where he will accomplish them. Every year is a year to enjoy watching Jaromir Jagr play until he can’t do it anymore.

Will the NHL attend the Pyeongchang Olympics?

This one will be handled pretty quickly, as the league has been asked to make a decision by January 15th. We’ve gotten used to professionals at the Olympics since 1998, and with the games in 2002 and 2010 ending in legendary USA vs. Canada battles, it would seem foolish to throw away the exposure that the league gets in those instances. But is that enough to translate to NHL fandom? And will the owners who hate having their seasons stopped and their rosters tired from all that travel drive change? 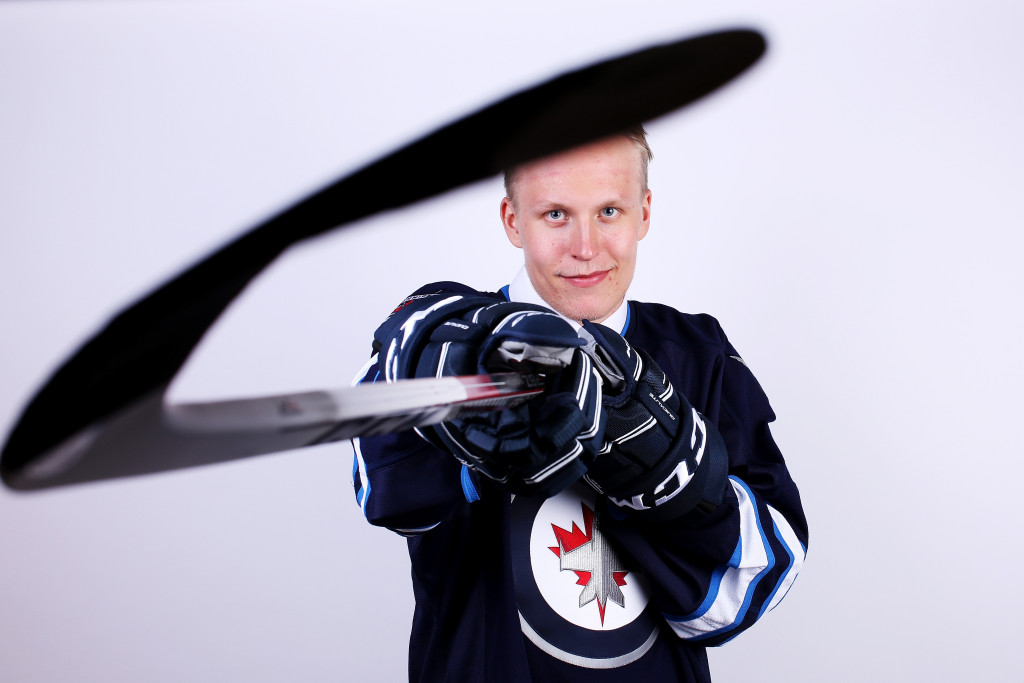 BUFFALO, NY – JUNE 24: Patrik Laine poses for a portrait after being selected second overall by the Winnepeg Jets in round one during the 2016 NHL Draft on June 24, 2016 in Buffalo, New York. (Photo by Jeffrey T. Barnes/Getty Images)

Jets rookie Patrik Laine is on the verge of some history. Dale Hawerchuk, a Jets legend, is the only player to have scored 40 goals in a season as an 18-year-old. If Laine, who is on pace for 42 goals, scores his 40th goal on March 30th against the Ducks, he will become the youngest to 40 goals by two days over Hawerchuk. In a league historically littered with superior offensive rookie performances, this would be no small feat.

How about the rest of the young stars?

Lest we forget that the NHL is currently a treasure trove of young talent. Connor McDavid is neck and neck with Sidney Crosby for the NHL points scoring lead. Auston Matthews represents a new hope for the currently surging Toronto Maple Leafs. Artemi Panarin just signed a new deal with Chicago and he’ll help the Blackhawks stay relevant (if not cap friendly). Vladimir Tarasenko, Nikita Kucherov, and Leon Draisaitl are all 25 and under, and all in the top 20 in scoring. And we haven’t even gotten to mentioning guys like Johnny Gaudreau, Jack Eichel, Nathan MacKinnon, and Dylan Larkin. And if you’ve been watching the World Juniors, you have to be excited about guys like Clayton Keller and Matt Barzal. The league is in great hands in 2017 and beyond.

Will the Blue Jackets break the win streak record? And how will the rest of the Metropolitan division shake out?

The Pittsburgh Penguins are the defending Stanley Cup champions. The Rangers have had a strong start. The Washington Capitals are heating up and have three games in hand on the Rangers. And who is leading this division of hockey blue bloods? The Columbus Blue Jackets, who just won their 16th game in a row and could tie the record for the longest win streak on Thursday, and break it on Saturday. Led by the spiritual awakening of John Tortorella, the Jackets have become this season’s most bizarre and delightful stories. Throw in the Flyers, who have had a long winning streak this season, and you have the best division in hockey … one that is going to have themselves a war come April and May. 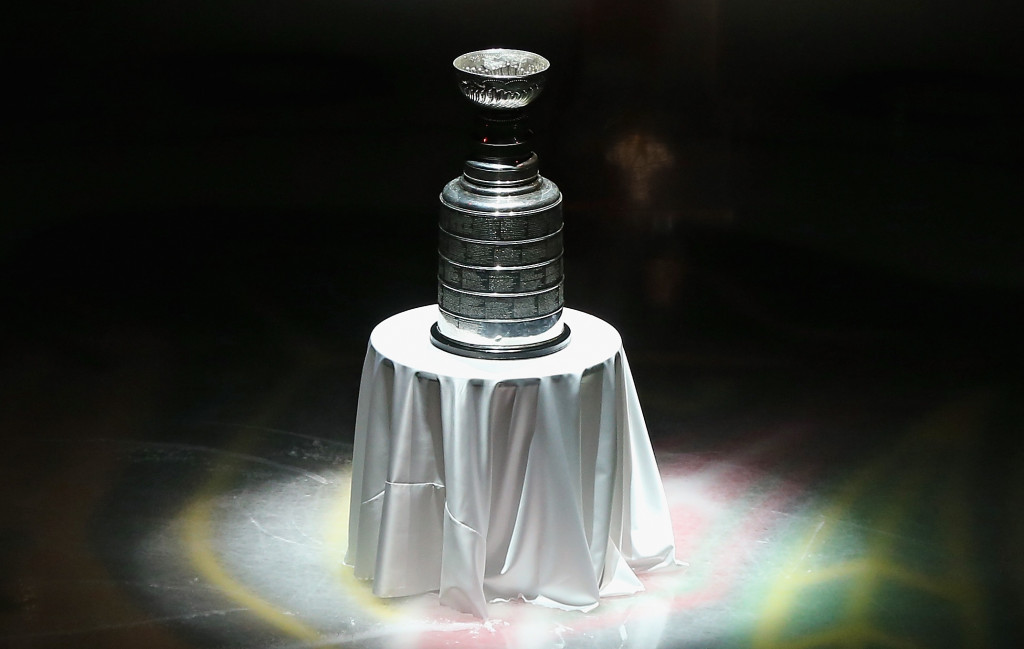 CHICAGO, IL – OCTOBER 01: The Stanley Cup trophy sits on a table during a ceremony before the Chicago Blackhawks tsake on the Washington Capitals at the United Center on October 1, 2013 in Chicago, Illinois. The Blackhawks defeated the Capitals 6-4. (Photo by Jonathan Daniel/Getty Images)

A Meaningful Season and Playoffs

NBA fans know that they are most likely headed to the third season in a row where the Golden State Warriors and the Cleveland Cavaliers will face off for the NBA championship. Those two weeks in June are going to be epic, and I’m sure looking forward to that. But the near certainty of Warriors vs. Cavs III happening almost renders the weeks and months leading up to that kind of useless. So I would say that what we can look forward to in the hockey world is the same thing we look forward to every year: Unpredictability. Hot goalies. Upsets galore. And probably a Stanley Cup Champion that nobody sees coming at the turn of the calendar. 2017 looks bright for hockey fans.