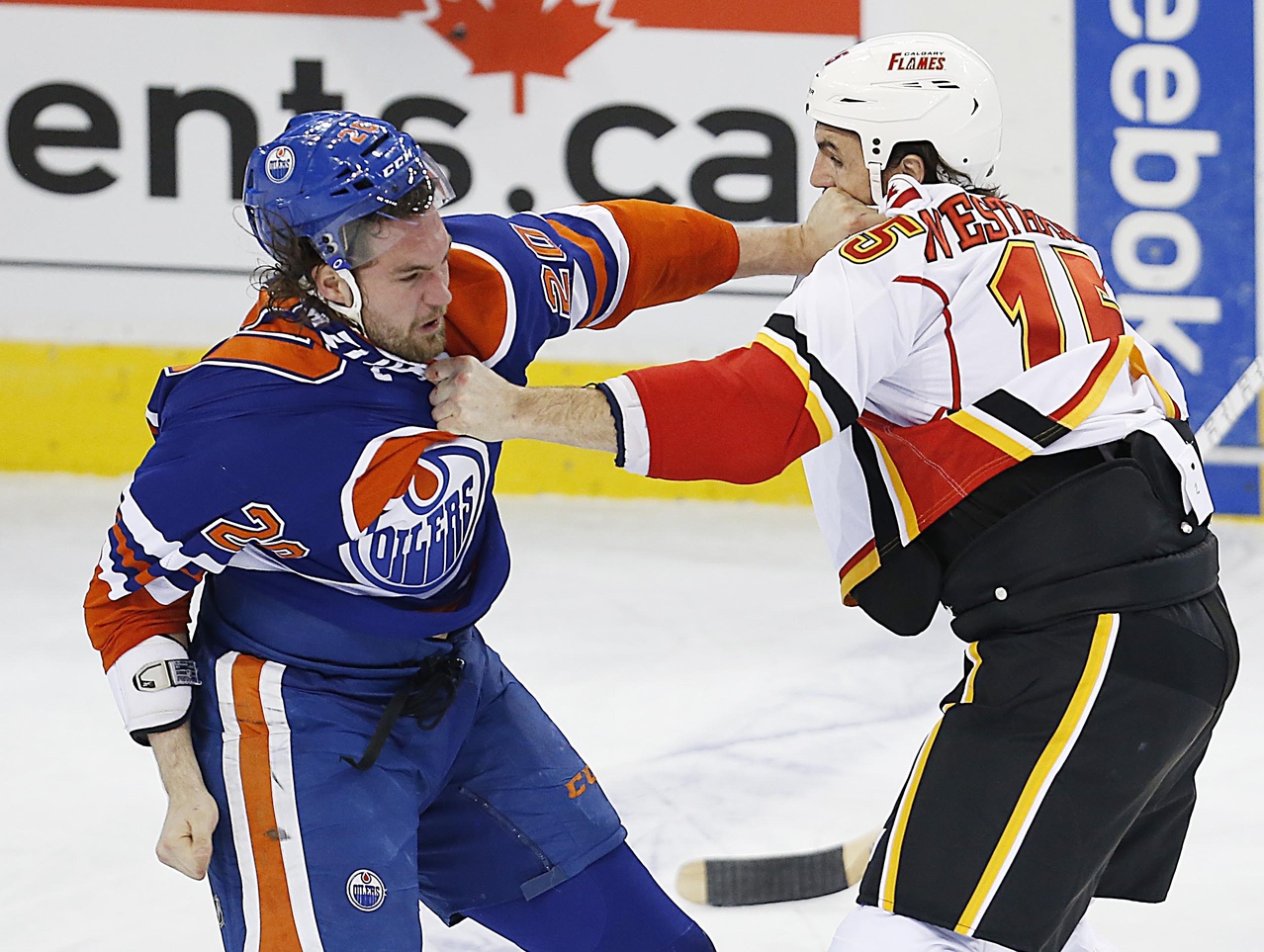 We're back! Did you miss us? Hockey Fights of the Week took a break during the Olympics and during the shortened week after NHL play resumed. This means that this week's installment is a super-sized version of what you've come to love from Hockey Fights.

Enjoy the seven best scraps from the last couple of weeks.

First, we have to stop and admire just how far these two men drifted before the fight even started. They drop their mitts near center ice, but the first punch is thrown deep inside Boston's zone. Despite having a height and weight advantage, Aulie narrowly loses a very close fight with Thornton.

This may be the shortest fight on this week's list, but it may pack the most painful and powerful punch. Boulton delivered a blow so vicious that we bet Gleason is still feeling it nearly two weeks later.

If you take exception to a hit on one of your teammates and you challenge the opposing team, you'd better win the altercation. At the very least, you should hold your own and not embarrass yourself. We're pretty sure Cowen forgot about this as he challenged Peluso after a controversial hit on Erik Condra.

This fight starts extremely slowly, but Peluso catches Cowen with some big punches and earns a decisive victory.

Speaking of lopsided bouts, here's a short but sweet tangle between Stoner and Gazdic. There weren't many punches throw and there may have been more jersey tugging than actual fighting, but this fight at least featured a brutal punch from Gazdic.

Boulton's second appearance on this list didn't go quite as well as his first. The Islander still holds his own, but Barch is the victor as more of his punches actually found their mark. Give credit to both men for an entertaining fight featuring plenty of cringe-worthy punches.

Gazdic has arguably been the best fighter in the NHL since play has resumed after the Olympic break. Here he makes his second appearance on this list and wins a big fight against an intimidating enforcer in Westgarth. The Calgary forward absorbed several shots to the face, but ultimately was no match for Gazdic as the Oiler continued to throw big punch after big punch.

Bonus points to Gazdic for two knockouts in one article.

This fight between Rosehill and McLaren was awesome. That's really all that needs to be said.