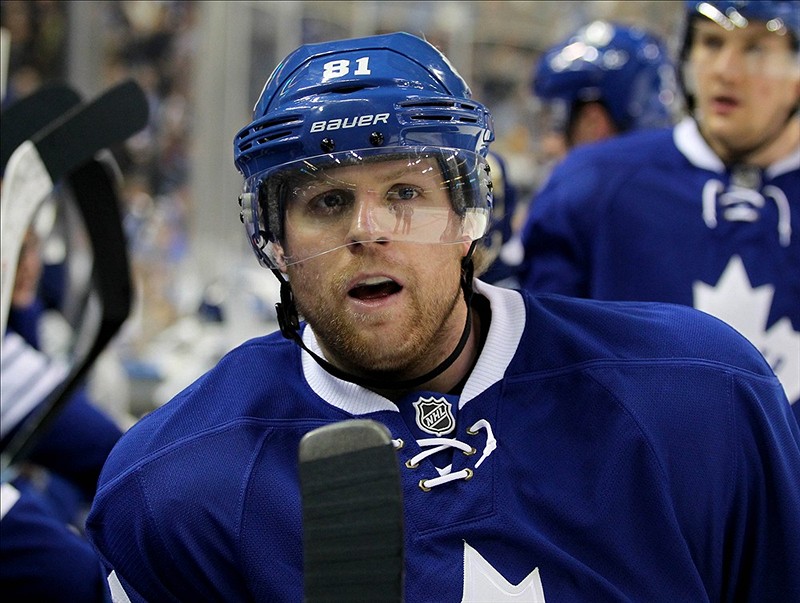 This is the first of a four-part series by the Puck Drunk Love staff examining the league's most overrated and underrated players. To come to these conclusions, the staff put their heads together and came up with a list based mostly, but not entirely, on the following criteria: salary, how production affected expectations, fan and media attention, effectiveness of teammates and draft position. Why are we only covering nine players instead of the traditional 10? Because 10 is overrated and nine is underrated. Deal with it. Got a problem with our list? Tell us who we missed in the comments.

"You're overrated." It's the worst thing you can tell a professional athlete unless his significant other starts, um, playing for the other team. You hear it all the time, who's disappointing their coaches and fans, who's not worth a dime of that shiny, new contract, and who is most certainly not deserving of that letter on his jersey.

They're the goats. Every fan base has at least one, and if you're lucky enough to root for some teams in particular, every player is at one time or another.

But who's the most overrated? Well that's simply a matter of who you ask, and how angry they are at the time. Since you asked us, here's a level-headed list of some players we thought aren't quite everything they're made out to be. 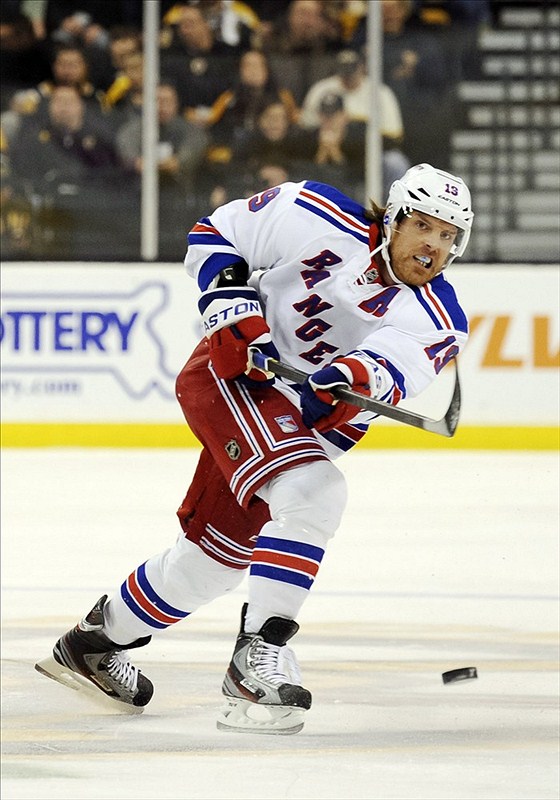 Broadway Brad became the second of three major acquisitions by Glen Sather when the crown jewel of the 2011 free agent market decided to sign a nine-year contract with New York. His first season was a relative success, as he centered a line with 40-goal scorer Marian Gaborik despite seeing his points decline for the second straight year.

He's had his moments that have kept his detractors at bay and so far this season, Richards has even been mildly effective. However, with the abundance of offensive talent he's surrounded by, he's hardly been the playmaking center the Rangers were expecting when they inked him to that $60-million deal. 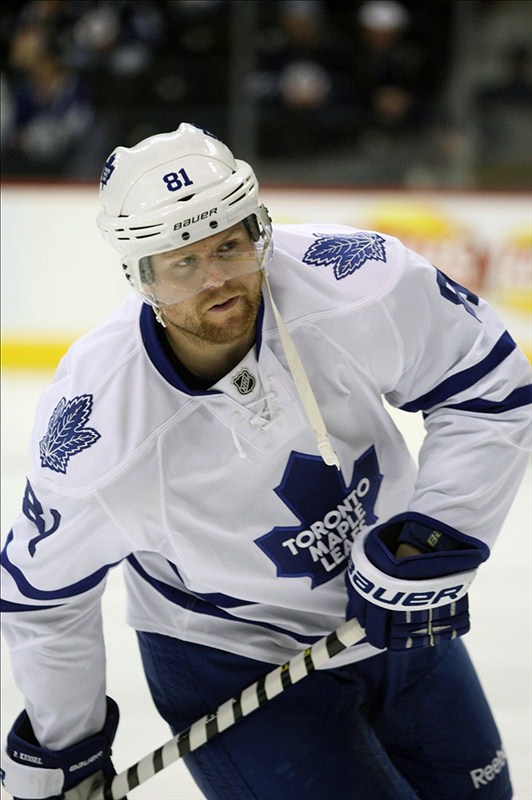 Poor Phil Kessel. After being held without a goal in the Leafs' first 10 games of the season, you'd have thought he went through Toronto killing every firstborn son. He's been the target of trade rumors for years ever since coming over in that famous haul that eventually netted the Bruins both Tyler Seguin and Dougie Hamilton.

If there was a player who was so overrated he was actually undervalued, it'd be Kessel. At just 25 years old, he is a year removed from a career high in goals (37) and points (82), but in Toronto, he might as well be public enemy number-one. 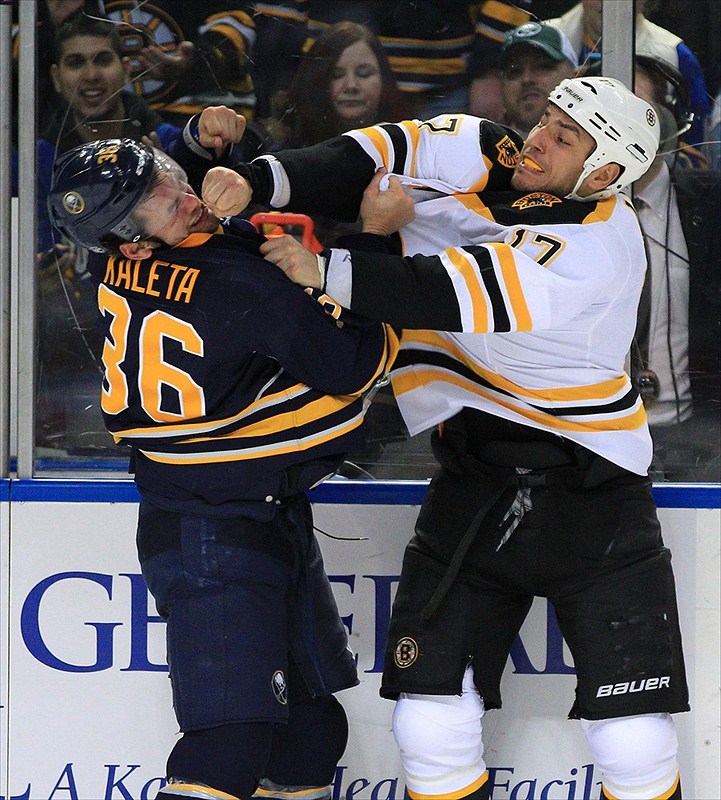 Tough guy and would-be scoring threat Milan Lucic makes his way onto this list, which is surely a choice we'll hear about later. The only thing bigger than Lucic's daunting frame is his $6 million cap hit over the next three seasons. On arguably the Eastern Conference's most talented roster, Lucic earns more than his fair share of shekels.

Lucic had been coming off back-to-back 60-point campaigns but has just three goals in 12 games so far in 2013, and is on pace for a slight regression over an 82-game season. His extension made him the highest-paid Bruins forward, more than Patrice Bergeron, Tyler Seguin and David Krejci. Anyone else see something glaringly wrong with that? 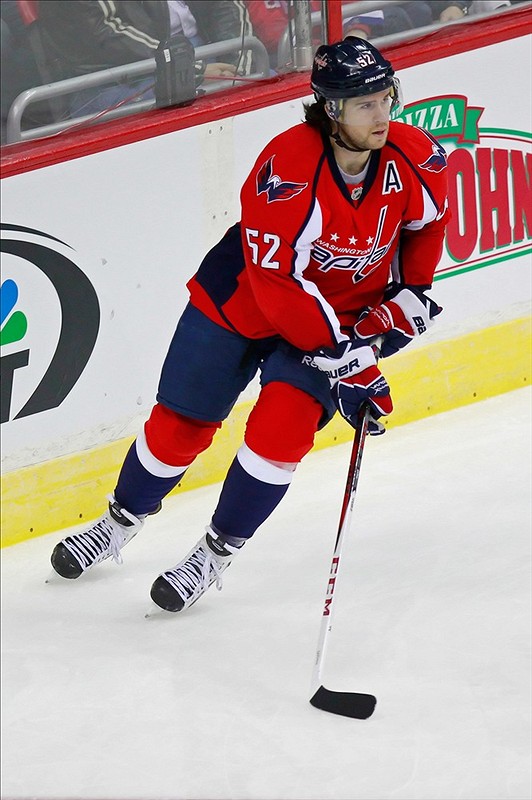 Mike Green, once hyped as the second coming of Paul Coffey by former coach Bruce Boudreau, has become anything but in recent years due to nagging injuries and a defiant unwillingness to get a haircut. Green, who makes just over $6 million annually, has combined for 31 points over the last two seasons after two years north of 70.

Green blazed the trail for the new age of offensive defensemen, but has managed just three power play points for a sputtering Capitals offense in 14 games this season. He's not the only problem in Washington, but for someone who's supposed to be putting up Paul Coffey-like numbers, he's far from a solution.

We get it, Hartnell's been down for some time now with a broken foot, but that doesn't make him any less overrated. Hartnell was the cozy passenger alongside breakout star Claude Giroux and future Hall-of-Famer en route to a stellar year of his own in 2011-12, with 37 goals and 67 points.

Flyers owner Ed Snider repaid him in kind for his efforts, signing him to a six-year, $28.5 million extension. The first of those years has been wasted by a lockout and an injury, but even when healthy, he's only as good as his linemates. 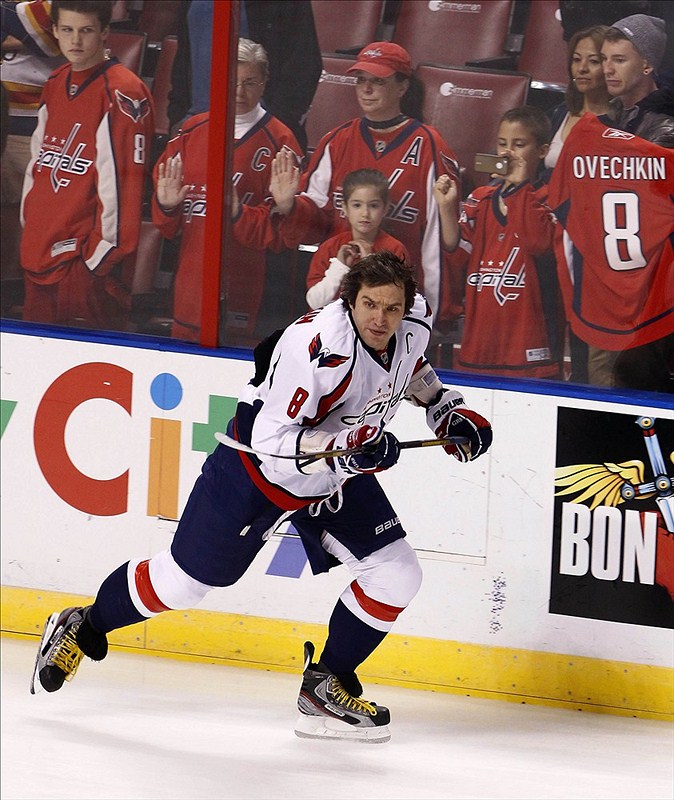 You knew he'd make an appearance, didn't you? The $13-million man has been the poster child for "overrated" in the last three seasons, and if not for his Iron Curtain-sized contract, we might be simply getting used to the new Ovechkin. He's seen a dramatic drop-off in production since his 109-point campaign in 2009-10, and has shown no signs of re-emerging in the lockout-shortened season.

Now the common misconception with Ovechkin is that he's not scoring at all. That's simply not true. While with the puck, he is still a formidable threat. Unfortunately for the NHL's most expensive player, he's awfully far behind the curve he's set for himself. 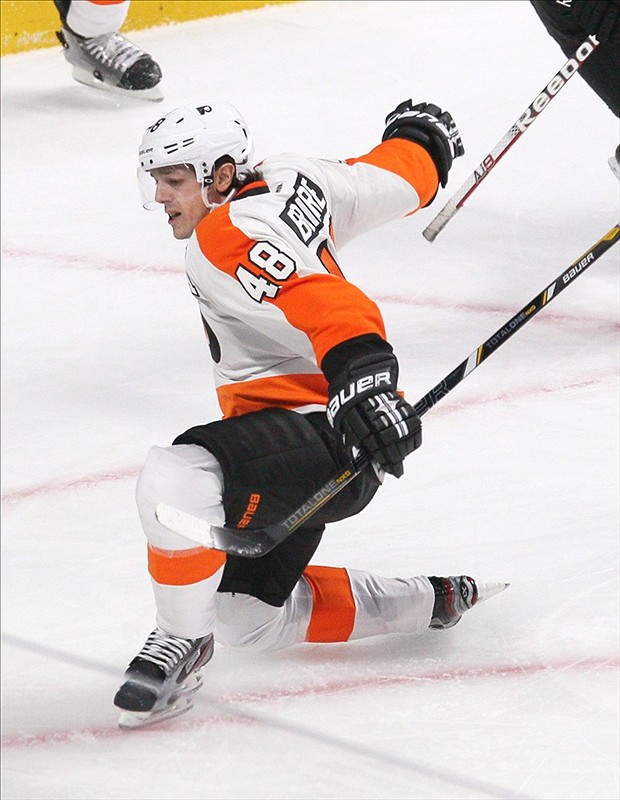 Ask yourself this question: has Danny Briere earned his keep over the first five and a half years of the eight-year deal he signed in the summer of 2007? Unless you're comparing him to former Buffalo teammate Chris Drury, the answer is a resounding "No". Briere has managed 30 goals just twice in that span, missing significant chunks of time due to injury.

He makes $6.5 million per year, which would be fine if he were able to step in and provide scoring, especially in the wake of Philadelphia's slow start. At age 35, he is good only for the occasional goal and acting as a mentor to the team's younger players. 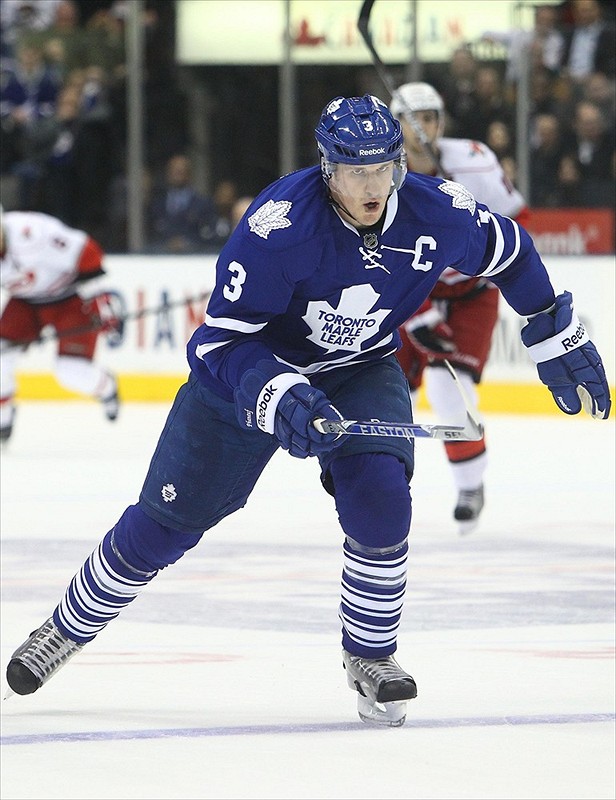 It's fitting that the captain of the most overrated team in professional sports is, himself, overrated, isn't it? Dion Phaneuf has hardly come close to the 60-point form he reached in Calgary in 2007-08, despite possessing one of the hardest shots in the game. Phaneuf still produces at a modest rate, but for a guy making $6.5 million in a market hungry for a winner, modest isn't going to cut it. 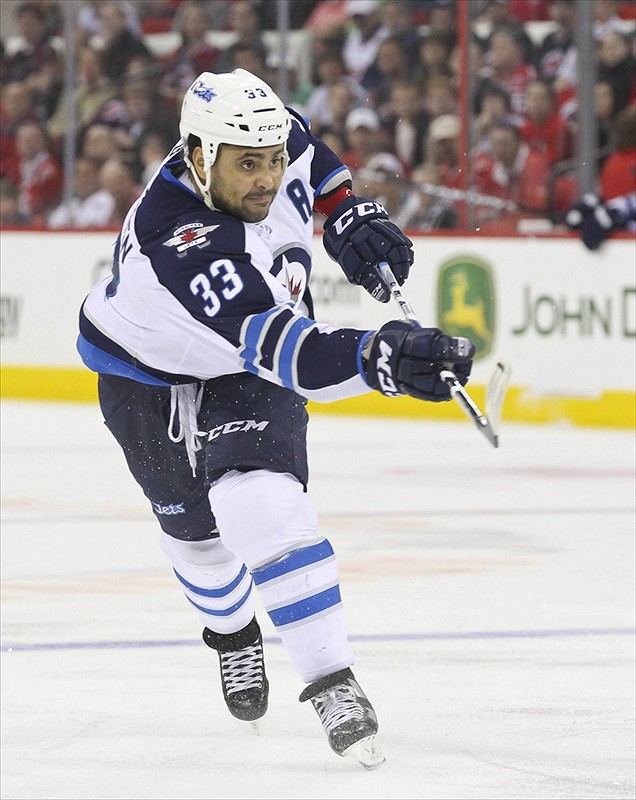 Talk about a market starving for a winner. The Winnipeg fans are as crazy as the media, and quick to criticize their own. Byfuglien broke out in the 2010 Stanley Cup Playoffs, starring while playing a wing/defense role for the Blackhawks en route to defeating the Flyers in six games. He came to Winnipeg by way of Atlanta, after money problems in Chicago forced him out as a restricted free agent.

Much has been made of "Big Buff" and his penchant for offseason training, or lack thereof. However, his point production on the ice hasn't fallen off as much as you'd think. Being a defensive liability, well that may be where the extra weight comes in. He's missed time each of the last two seasons with undisclosed injuries, and while it may not be a direct result of his round figure, it doesn't exactly help either.