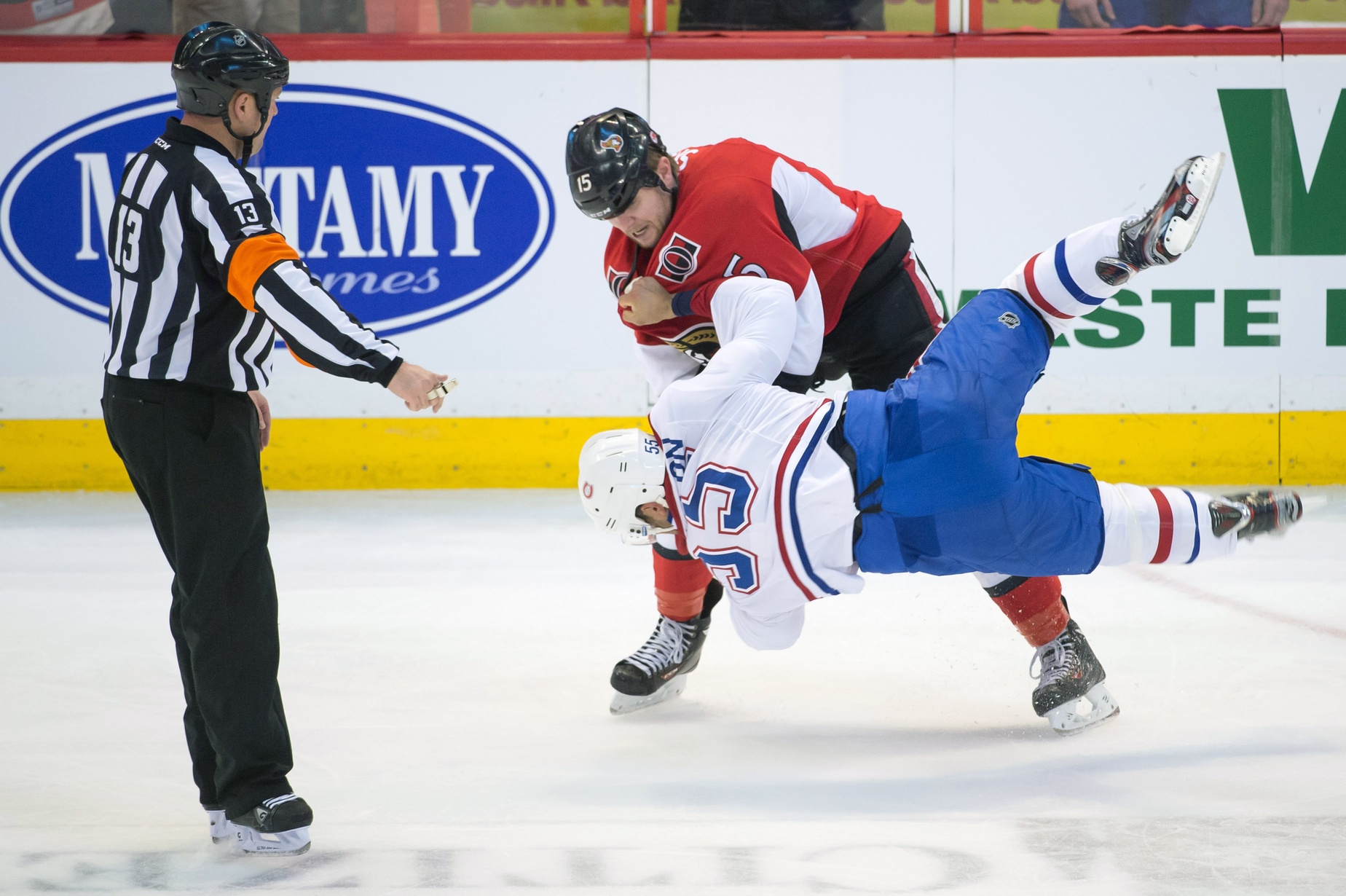 Brendan Shanahan will not hand out any discipline for the actions that took place during Game 3 between the Senators and Canadiens. If you haven't see it yet, there was a massive brawl between the two squads which left the team benches empty and the penalty sheet overflowing.

As if the brawl wasn't enough to warrant the NHL to hand out at least a few punishments, there were several cases where a player clearly displayed intent to injure. The most obvious came from Rene Bourque as he elbowed Ottawa's Cory Conacher in the head. SB Nation captured the moment perfectly, highlighting Bourque's dirty play.

Seems like an obvious hit requiring a suspension, right? Yet…

There will be no supplementary discipline/hearings resulting from MON/OTT last night.

It's not as if this is the first time the NHL has made a mistake when it comes to discipline. Shanahan was brought in to improve the system yet he has been just as bad, if not worse than Colin Campbell. Shanahan and the NHL claimed to be fiercely against hits to the head. Well, some hits to the head. Maybe just hits to the head that cause an injury and make the league look barbaric…maybe.

Shanahan recently handed out a two-game suspension to Eric Gryba for his hit on Lars Eller. The hit caused a brutal, bloody injury to Eller. However, a strong case could be made that Gryba's actions were completely justifiable and lacked intent to injure. Instead of taking this into account, the NHL appeared to punish Gryba for the result, not the action. As we've said numerous times here at PDL, that's an idiotic way to view things.

If the NHL wants it to be all about ratings (they'll get big numbers with all players dressed for Game 4) that's fine, but don't tell us you're making an effort to crack down on shots to the head. Consider the NHL's lack of a response to the actions in the Canadiens-Senators brawl as yet another argument in favor of the NHL adopting a third-party to handle discipline.