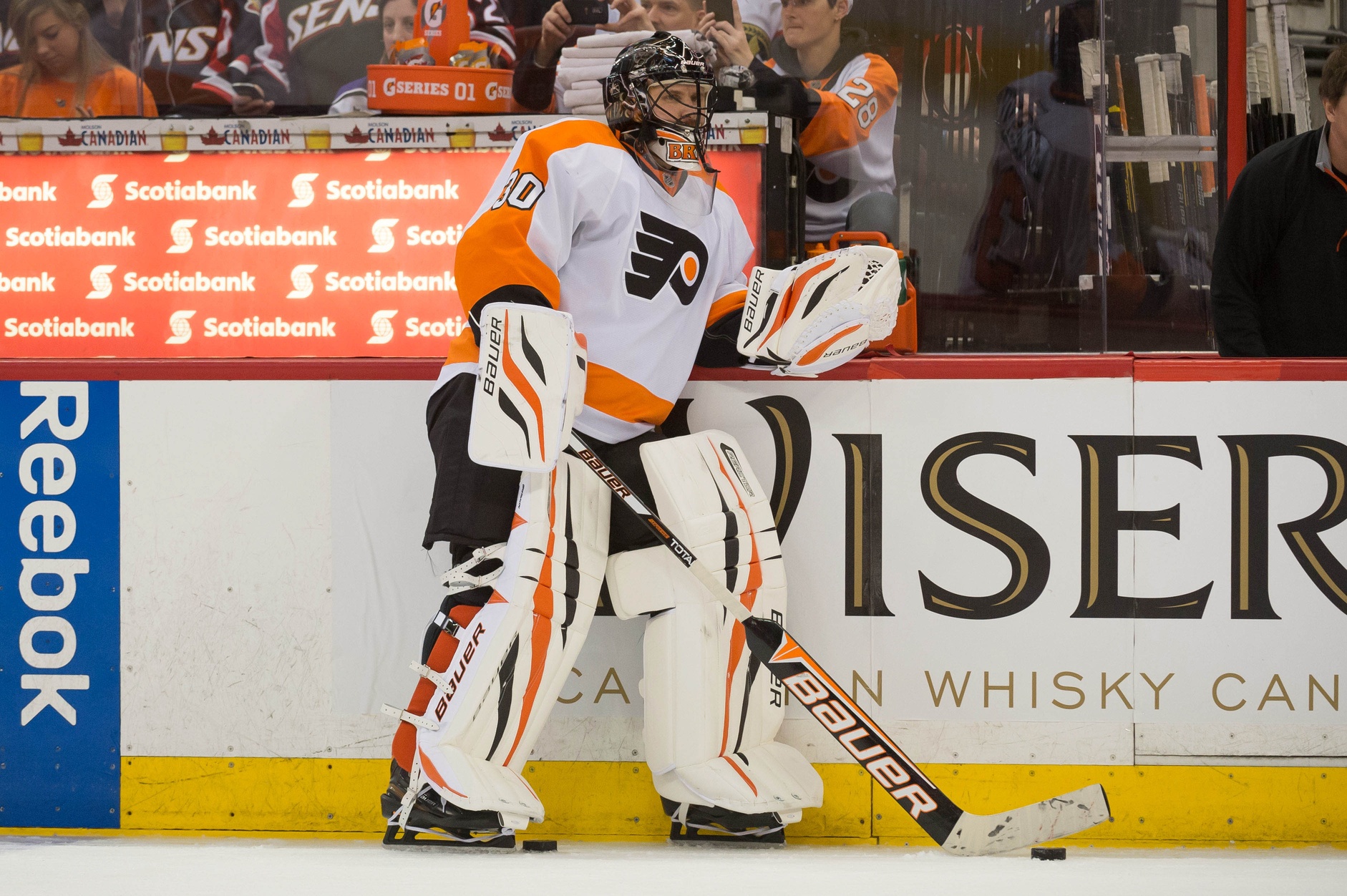 Much has been said about the Philadelphia press by goaltender Ilya Bryzgalov and their treatment of him. Bryz even got in on the act after the end of the Flyers' season, calling them out on their meanness.

Today, Bryzgalov was bought out by the Flyers, the second of their two amnesty buy-outs (the other was used on Danny Briere). This apparently was seen as the start of open season on the goaltender for some members of the Philly press corps. Twitter is such a quick and easy medium, and many of us vent on it; why not use it for airing your dirty laundry about a controversial player?

That's what Flyers beat writer Randy Miller did, in an amazing show of lack of journalistic ethics. It was stream of consciousness, a Virginia Woolf style bashing: 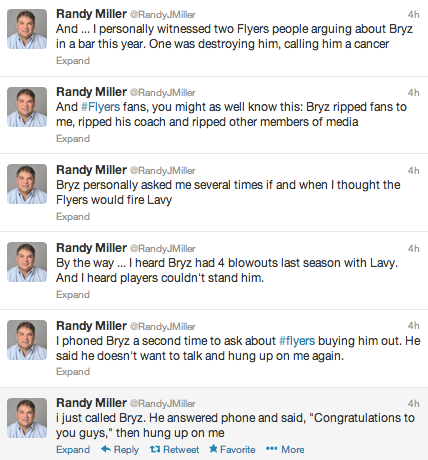 Wow. Where to begin with what is wrong with that? I realize I'm not a "real journalist." I don't work for a newspaper, and I don't have a degree in journalism. However, I'm pretty sure that if I wrote a bunch of unsourced, speculative, potentially off the record stuff like that on Twitter or on this blog, I would be ripped apart and may be short a writing gig. I would never do that, though, because I have personal ethics. I would question the propriety of airing dirty laundry on a public forum. I would question how it would make myself look, how it would make the publication I write for look, and if it would potentially impact my ability to do my job (or, in this case, hobby) in the future.

So you got a rude "no comment" from a ticked off player. Yeah, you probably have a stockpile of dirty laundry waiting to be aired. It doesn't mean you do it. Not only does it ding your credibility as a journalist, don't you think that airing a ton of negative stuff about a player might cause other players to be more hesitant to speak with you? Wouldn't that make doing your job harder?

Not only has Miller managed to open himself up to criticism, he's also damaged his own job while not doing the Flyers' press corps any favors as far as reputation goes. If I'm a free agent, do I want to step into that mess? It may not be the only reason a player takes a city into consideration, but environment does play a factor in where guys sign.

God help whoever the Flyers shove between the pipes next year. Here's a tip: don't give Randy Miller anything to talk about when the Flyers buy you out in a few years.