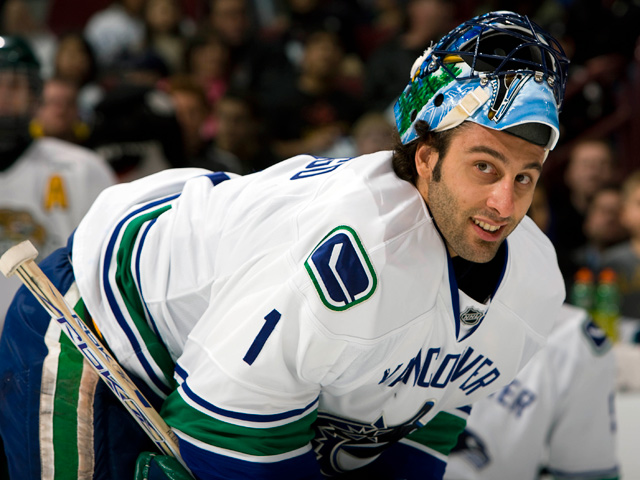 Where will Roberto Luongo play in 2012-13? Is his time with Vancouver finally coming to an end? Will the reign of Cory Schneider in net finally begin? Will the day come where Luongo finally admits to his secret life as the movie star Sacha Baron Cohen? All of these questions have been swirling around Vancouver since the Canucks were ousted from the playoffs by the Los Angeles Kings.

Finally, we have some answers. In an interview you can read over on TSN.ca, Luongo opened up about his situation, stating that he has enjoyed his time with Vancouver and loves the city but he feels it’s probably time to move on. Luongo admitted that he would be willing to waive his no-trade clause if the Canucks asked him to.

While nothing is even close to being official, it’s safe to assume that Roberto Luongo has indeed played his last game as a member of the Vancouver Canucks. Luongo recently completed the second year of his bloated 12-year, $64 million contract that includes the previously mentioned no-trade clause. In order to move him, the team needed the 33-year-old goaltender to allow the deal to happen. Pairing the idea that Luongo will waive his clause if asked with the fact the team recently signed Cory Schneider to a new three-year deal, it’s safe to say that Luongo is on his way out.

Mentally, it appears Luongo is handling the situation extremely well. His interview reveals he has been thankful to spend time within the Vancouver organization. Unlike other athletes, Luongo seemed to genuinely stand behind his comments about his time with the team and appeared to be ready to move on for the good of the club.

Where will Luongo play in 2012-13? Currently, that’s up for debating. It has been reported that Toronto and Florida have inquired about Luongo’s services, but there aren’t any solid reports that I’d be willing to put my name next to. Whichever team picks up Luongo will likely want to negotiate with Vancouver over Luongo’s sizable contract. Luongo was at the top of his game back when he signed the deal but has since fallen from form. Luongo is still under contract for a whopping 10 years. He’ll be 43 when the deal expires after the 2021-22 (you read that correctly) season. The deal carries with it an average hit against the cap of $5,333,333 a season (CapGeek).

There you have it. Some of our questions have been answered. We can now assume Schneider is the main man in Vancouver and Luongo has all but left the building. Now if only someone could reveal how Luongo has been able to maintain his secret identity all these years.