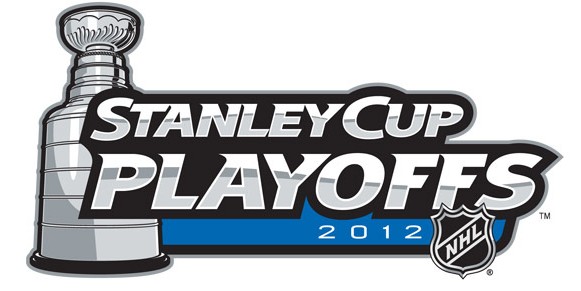 Today marks the first day of each team’s journey to win 16 games. The 2012 NHL Stanley Cup playoffs will be a roller coaster ride of excitement, despair, and surprise. Who will break out as an MVP candidate? Which goaltender will steal a series for their team? How dirty will some of these rivalries get?

While we may not be able to answer all these questions at once, some of the staff at Puck Drunk Love has decided to chip in with their predictions for the first round of the playoffs. Find your favorite staff writer and see if you’re on board with their picks or laugh as you disagree with them. We’ll be following up our first round picks with another round of predictions before the second round starts.

The battle of the 4th and 5th seeds in both Conferences are pure gold. It’s hard to pick which series between Philadelphia/Pittsburgh and Nashville/Detroit will deliver more entertainment (though we know which will be covered more), but both on paper indicate they should be absolute joys to watch. If you’re a casual fan just checking out some predictions, try your best to tune in to one of these two series. They are going to be physical, heated contests between teams that simply don’t like each other. I can’t wait.

I’m assuming regular season series don’t mean diddly or squat here, which is why I have the Rangers over the Sens in six. I think Lundqvist is a little more tested in the playoffs than Craig Anderson, and as good as the Sens’ve been I don’t know if they have the extra oomph needed. I’d like to say FL wins their series, but again it boils down to experience. As meh as the Caps’ve been, the Bruins should make them the first team to go, and the Pens/Flyers series, while fueled by hatred, tends to be a whole different beast in the playoffs that should make it a bit easier for the Pens to break through.

Vancouver rests on their goaltending, as does LA, but at least Vancouver can score. The Blues’re going to have to fight the Sharks tooth and nail but will probably out-grit them, while the Coyotes will have to fight Chicago every step of the way as well. Mike Smith is a far more reliable goalie than either of the ‘Hawks’. As far as the last matchup goes, I’m guessing home ice finally gives the Preds that extra push that they need to dump Detroit in the first round.

Series A – Rangers def Senators 4 games to 1
The Rangers defense first style should smother the Senators attack and advance the Broadway Blueshirts to Round two with relative ease.

Series B – Bruins def Caps 4 games to 0
After a late winter of discontent, the Bruins started clicking in late March and early April. Washington’s injuries in net does not bode well entering the playoffs.

Series C – Devils def Panthers 4 games to 3
Two evenly matched teams whose coaches have history with the opposing franchise. In the end it’s still Marty Brodeur in the Cup Playoffs and that’s the difference maker.

Series D – Penguins def Flyers 4 games to 2
It’s all about hate. These two teams have that single emotion for each other. With a healthy Crosby, the Pens just have too many weapons.

Series E – Kings def Canucks 4 games to 3
This series turns on Kings mid-season acquisition Jeff Carter. Since he came over, the Kings have scored an extra goal a game, which might be just enough to squeak by the Canucks without Daniel Sedin.

Series F – Blues def Sharks 4 games to 1
San Jose’s stumbles down the stretch exposed many weaknesses that leave the club in the unfamiliar position of opening a first round series on the road, against an opponent who dominated them in the regular season. Check please.

Series G – Blackhawks def Coyotes 4 games to 2
The swoon set the Blackhawks on a collision course with the golf course, but Chicago righted their ship and finished with more than 100 points for the third time in four seasons. Phoenix has never escaped the Conference Quarters since departing Winnipeg.

Series H – Predators def Red Wings 4 games to 3
Two bruising heavyweaights in what should be the marquee matchup of the Conference Quarters. These two are as evenly matched as they come. Home ice favors the Preds, but experience points to the Red Wings. This one could easily go to overtime in game seven. And we’d all be the better if it did.

The playoffs can have interesting effects on teams. As we’ve seen in the past, it can make the strong weak and make the underdog suffocate their opponent. If magic is going to happen this postseason, the Sharks are the team that will outlast the heavily favored Blues. The Canucks will have their hands full as well, but will continue on if Roberto Luongo’s mental state doesn’t collapse. Without Toews, Chicago won’t see the light of day past Mike Smith and the Preds deadline deals (+ Radulov) will finally help them defeat the Red Wings.

If the Rangers stay focused, they shouldn’t have any problems with the Senators. Alex Ovechkin might be able to sucker punch the Bruins out of the gate, but the Caps goaltending situation will be their downfall. The Tallon Experiment got the Panthers over the playoff hump but it won’t get them past Brodeur and the improved Kovalchuk. Finally, the Pens win the battle of Pennsylvania with a significant contribution from Arron Asham (in addition to Crosby, Malkin, and Neal).

NYR vs. OTT
Rangers in 5