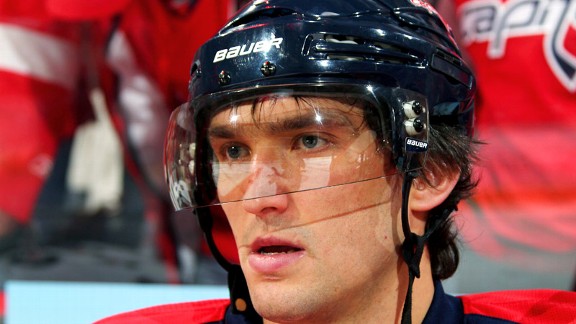 Alex Ovechkin has never been afraid to share his opinions. During the course of the current NHL lockout we've seen him comment on the negotiations several times, even threatening to stay in the KHL after the lockout ends. This time Ovechkin took to Twitter, calling NHL owners "clowns" after the league made negative statements to the media about Donald Fehr.

Hahaha Whata clowns!!!….Don tell it all.Bla blah …make a deal instead of talk about Don!

Our best guess is that Ovechkin was saying – "Hahaha What clowns!!! … Don tells us everything. Make a deal instead of talking about Don". That's just our best guess, however. You never really know with Ovechkin.

The NHL's tactic to distance the players from their leader – Fehr – was one that appears to have backfired. In this era of modern technology, players are communicating amongst themselves more than ever before. It's highly suspect to suggest that Fehr is hiding major details from the players.

This Tweet was ReTweeted roughly 2,500 times and Favorited over 500 times. It's clear a lot of fans agree with Ovechkin and believe the league and the owners are acting like clowns.