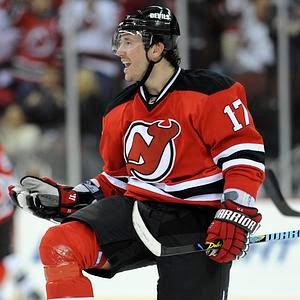 You might remember a little kerfluffle a few off-seasons ago, in which the New Jersey Devils signed Ilya Kovalchuk to a flagrantly front-loaded contract of huge length. The league basically deemed it cap circumvention, scrapped the contract, and had the Devils pay a hefty fine and give up their 2011 third round pick, as well as give up their first round draft pick in either 2011, 2012, 2013, or 2014. Last year they held onto it, choosing Adam Larsson fourth overall and injecting their franchise with some young blood. They had up until today, June 12th, to notify the league if they intended to give up their pick this year. According to Tom Guilitti of the Fire & Ice blog, they are not giving up this year’s pick.

That’s an interesting choice by a franchise that doesn’t have a 100% chance of having a first round pick this low again in the near future. They’d be choosing 29th overall by virtue of being the Eastern Conference Champions. You can’t have a better pick to give up as a penalty, but either the Devils are shopping this years’ or are confident that they’ll be choosing 30th overall next season.