After having career-ending surgery on his hip, Mike Comrie officially announced his retirement from the NHL as seen on NBC’s Pro Hockey Talk. At just 31, Comrie’s career is ending rather abruptly after spending 10 years in the NHL.

Comrie will now enjoy a life after hockey that most men can only dream of. 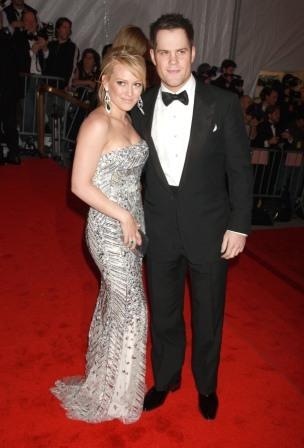 During his 10 years in the NHL, Comrie spent time with Edmonton, Philadelphia, Phoenix, Ottawa, the New York Islanders and Pittsburgh. Comrie’s best overall numbers came with the Oilers when he first emerged in the NHL. He did have a solid campaign with Phoenix in 2005-06 and again in 2007-08 with the Islanders, but he most likely will be remembered for his play with the Oilers.

It’s never fun talking about an athlete’s career being cut short due to an injury. However, Comrie’s comfortable life outside of hockey makes things a bit easier. If you’re unfamiliar, Comrie is married to Hilary Duff, singer and former Disney channel star of the show Lizzie McGuire. We can all assume it’s easier to step away from the game when you have a wife (an actress no less) as well as a child on the way.

If you’re worried about Comrie’s finances, don’t be. Granted he will no longer enjoy a paycheck from skating in the NHL, but he will still have plenty of income. During his time in the NHL, Comrie made an estimated $16,923,000 between 2001 and 2010 as reported by Hockey Zone Plus. Not bad, right? Add in his wife’s salary from her music, television and movie career and you’ve got yourself a comfortable life. Oh, Comrie will also be able to live off the profits from The Brick, a furniture/appliance/electronics store that Bill Comrie, Mike’s father, founded.

So ends the Mike Comrie era in the NHL. In 20 years, what will Comrie be remembered for the most, his NHL career or being the husband to Hilary Duff? We’ll have to wait and see. Until then we can all be jealous of the lifestyle Comrie is sure to enjoy during his retirement.