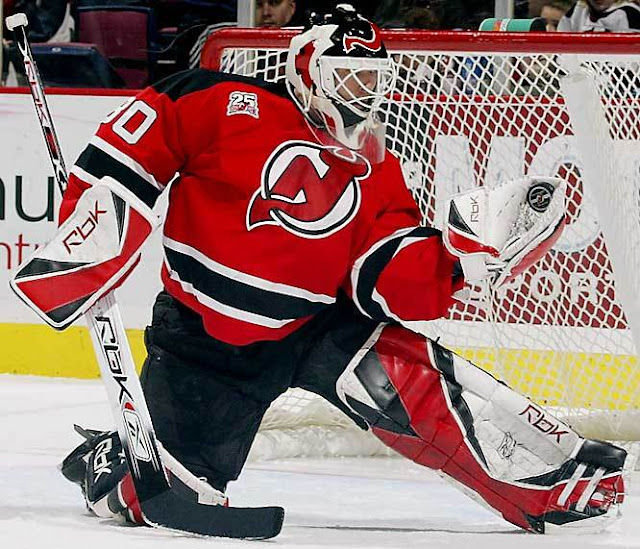 Breathe easy, Devils and hockey fans. All is right with the world this Monday morning, as we awoke to the news that Martin Brodeur will remain a New Jersey Devil. Brodeur, who tested free agency for all of a day, managed to use that as a bit of a negotiating point with the Devils. Two years at $4.5 million per is a bit of a pay decrease for the 40 year old netminder, but pay and age never really were the points here, were they?

No, Devils fans were rightfully worried that they wouldn’t have a top quality starter next season, and Brodeur proved in the Stanley Cup playoffs that age ain’t nothin’ but a number. Any team would have been thrilled to have a quality netminder playing like he’s in the prime of his career when he’s at the twilight of it, but Brodeur and the fans couldn’t imagine him doing an awkward farewell tour of a few seasons in a jersey that, let’s face it, he doesn’t belong in. Why dedicate your whole career to one team so much that you’re synonymous with them only to dump them over a few bucks? Did anyone expect Brodeur to do that?

This is the most trying Devils off-season in years, with the potential for their two faces of the franchise to walk away. Brodeur, who has been with the team since he was 19 years old, has known nothing else but the Devils organization. You get set in your ways, you get comfortable, and you come to call a place home. Does this mean that the younger Zach Parise doesn’t feel the same way? Of course not, but you have to admit that it seemed more of a foregone conclusion that Brodeur would re-sign than Parise. For Devils fans, hopefully this is a step towards keeping their captain.