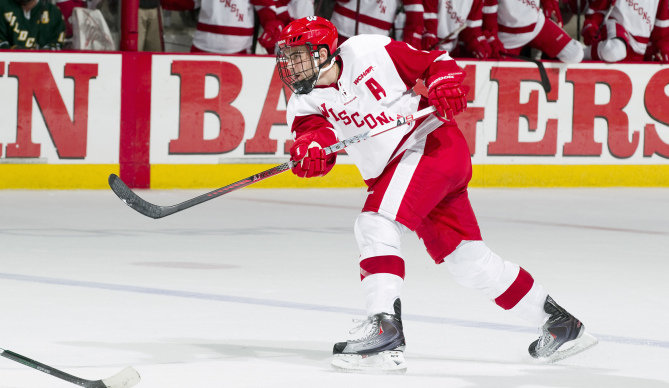 LeBron James was arguably the greatest free agent to ever test the open market in professional sports. A player nearing the apex of a generational career available to all suitors. But a poorly executed public relations event that will go down in infamy as The Decision tarnished his stellar reputation.

It was not the fact that he actually left his home town in order to chase rings in South Beach, it was the way he went about it that bothered so many people. A public humiliation for the city of Cleveland as their prodigal son left in search of greener pastures.

Is Justin Schultz at risk of committing a similar mistake?

Schultz, if you don’t already know, is the greatest thing to hit the NHL since sliced bread. Part of the allure of the former collegiate blueliner is the pursuit of the unknown. After being drafted out of the pedestrian BCHL by the Ducks a few years back, Schultz headed to the University of Wisconsin to master his craft. But the Kelowna, BC native appearently longed to return to his homeland and play for a Canadian team. So the race was on.

With the help of the folks at Newport Sports, Schultz was able to find a loophole in the terms of the CBA that has made him into one of the most hotly contested players on the open market in years. Or at least we are being led to believe so.

There is the possibility that Schultz could be ready to step into the top-four of a NHL club from day one. But there is also the possibility that there will be a learning curve for him similar to the one that every other player deals with upon their entrance into the league. Is it possible that unrealistic expectations will be placed on the soon-to-be-22-year-old? Well of course it is possible.

The thing that is curious about the way that the entire situation with Schultz has transpired is that it has been incredibly well documented. A daily tally of the clubs still in the hunt for him is updated ad nauseam. A television special is surely the logical outcome, no?

Edmonton. Toronto. Ottawa. Vancouver. New York Rangers. There have been rumblings that other teams are discussing the possibility of making a pitch, but these seem to be the clubs that have developed a level of mutual interest. The teams have been flying in to the Newport HQ to make their pitch to Schultz and co. As if they were major firms competing for a major construction project. The Oilers even brought young superstar Taylor Hall along for the ride in an attempt to impress the Kelowna native with the prospect of playing on a talent laden roster.

But how far will this circus go? LeBron’s right hand man Maverick Carter decided that The Decision was in fact a good idea. Will anyone in Schultz’s ear get him to pursue a similar stunt? Schultz is no LeBron, but the level of excitement surrounding him is reaching a fever pitch.

Realistically the Oilers would be the best fit for the blueliner. Yes, coming from a supporter of the copper and blue it is hard to take anything I say objectively. But no other squad on the “short-list” have the holes on the line that would allow him to have as immediate of an impact as he could have in Edmonton. Top-four minutes and time on the man advantage would almost be guaranteed in the City of Champions. Along with the fact that the young nucleus of Hall, Eberle, Nugent-Hopkins and Yakupov is amongst the most exciting in the league, Edmonton makes all sorts of sense for Schultz.

This negotiation is also not a matter of money, making the promises that a team makes to him that much more valuable. Schultz can only get an entry-level contract, albeit one that is maxed out and resembles a high first round pick rather than a mid-second rounder. No one can walk in and offer him a ten year front loaded deal and blow the rest of the teams out of the water. This makes the pursuit that much more interesting.

Teams must get creative. There are surely videos being made to woo the BC native. Depth charts being scribbled on white boards to show where he would slot in. Living conditions being discussed. Special guests being flown in. Some say that the Oilers even accelerated the hiring of head coach Ralph Kreuger in order to straighten their pitch team.

It will likely come to us via a breaking news tweet, in the same way that almost all breaking news is delivered to us in the social age. There will be no television special. While it would be great to see him line up the jerseys of all of the teams that are pursuing him, and make his pick on national television, it is unlikely to happen.

Jonas Gustavsson was supposed to be the best goalie in the world who was not playing in the NHL. Fabian Brunnstrom was supposed to be a dynamic scorer upon his arrival in the league. Matt Gilroy was the Hobey Baker Award winner that mysteriously went undrafted before entering the league. None of them panned out, but this case is surely different.

Vancouver and Edmonton have been mentioned as the favourites. His desire to stay in Canada is quite strong from the sounds of it, so it is now just a matter of time until Justin Schultz makes his own Decision.

This is a taste of the madness.