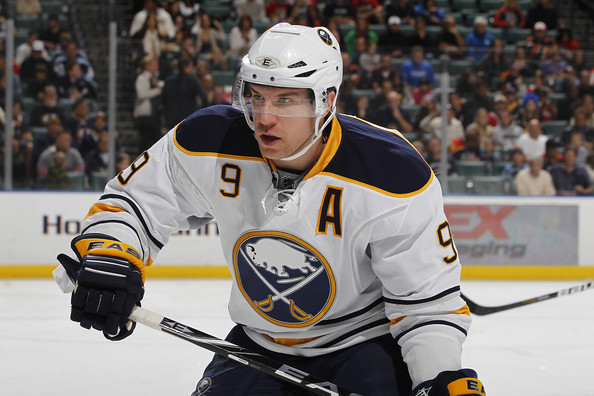 As the NHL lockout trudges forward both the players and owners continue to battle for the upper hand in the area of public relations. Players cry that the NHL isn't being fair while the NHL declares the players aren't being realistic. We've seen dozens and dozens of players use Twitter to try and bring fans together behind their cause. "We just want to play!" they clamor.

Derek Roy, one of the newest members of the Dallas Stars, probably should have used Twitter a bit more carefully when he Tweeted a picture of his lavish, extremely expensive Ferrari (one that's easily six figures) followed up by a rather phony claim that he and other NHL players simply want to play in front of fans more than any thing else.

Our B.S. detector is buzzing – loudly.

Roy inadvertently summed up the NHL lockout in a nice, tidy package. He claims that the players just want to play. It's all about the fans. Our passion is to play in front of you, he Tweets. However, as we've seen repeatedly, the actions of those involved fail to back up the relentless stream of PR drivel thrown our way.

We get it. It's ALL about the money. Stop pretending like it isn't. If it actually wasn't about the almighty dollar, we'd all be enjoying the 2012-13 season right now.

NHL fans are sick of rich people bickering. Both sides make a ton of money. Roy did a fantastic job of proving that not only with his ill-timed Tweet but also by allowing cameras in to film his monstrous summer house. It's also common knowledge that in order to own an NHL team you must be pretty well off. Enough with the endless greed. Both sides are going to be extremely wealthy regardless of who "wins" this round of CBA negotiating. Do us all a favor and reach a deal so that we, the fans, can enjoy the game we love so dearly.

Thank you, Derek Roy, for demonstrating the disconnect from reality both the players and the owners have in this situation. The two sides are so blinded by both ego and greed that they can't stop and have some common sense. It won't matter what percentage of revenue you end up securing if there's no revenue to be shared – a possibility the NHL might face if it continues down its current path.