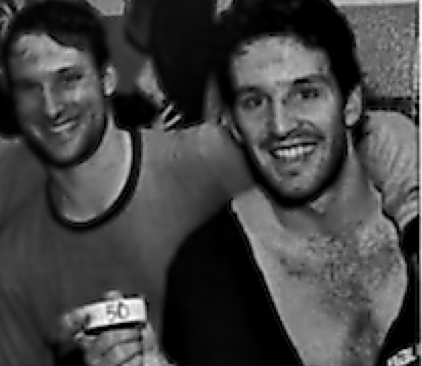 People have their opinions whenever the annual Hockey Hall of Fame class is announced. There are annual favorites who get overlooked (Fred Shero and Pat Burns come to mind), as well as personal heroes that fans would love to see in the hall. No one’s ever 100% happy about the end result, but this year I generally noticed a lot less angst than usual regarding the class. Pavel Bure, Adam Oates, Mats Sundin, and Joe Sakic will all be entering the Hall in November.

It was assumed that Brendan Shanahan would supplant one of thse four. After all, Shanny’s won three Stanley Cups to Bure, Oates, and Sundin’s combined none. Hes’ won a gold medal. He’s played in eight all star games. He has 656 goals and 1354 points. The man looks outstanding in a suit and understands the purpose of no sax.  Sure, Oates, Bure, and Sundin have been eligible for a while, but Shanny’s resume should outshine them all thanks to those three rings that he has.

That narrative didn’t work out the way many assumed it would. People placed (and always will place) a huge amount of emphasis on winning the Stanley Cup, but anyone will tell you that winning the Cup is a team effort. One person by themselves can make some difference, but winning it takes everyone. How fair is it to ignore a player for not being part of a team that made it all of the way? How responsible for not winning a Cup is, say, Jeremy Roenick? It doesn’t detract from their personal skills at all. Too much emphasis is placed on something that one person doesn’t have control over, and this year was a pleasant break from the usual “must have Cup” mindset.

Shanny was overlooked because notable players have been overlooked for years, and it was time for them to get in. No great conspiracy is necessary to explain why he isn’t being inducted, but Art Regner of Fox Sports Detroit tries to drum one up, and fails miserably. He traces the whole thing back to the affair Shanahan had with center Craig Janney’s wife when the two of them played on the St. Louis Blues in the mid-1990s. The affair ruined team chemistry and Shanahan was sent to Hartford for Chris Pronger. It worked out for the Blues all right, although fans were disappointed at losing a guy who just had two 50 goal seasons back to back. Was the affair appropriate? No, of course not. Regardless of Janney’s relationship with his wife, it shouldn’t’ve happened.

Did it cause bad blood? Sure, but so did other things in Shanahan’s career. Bad blood can happen with any player, regardless of skill. But to think that a love affair that happened in 1994 and that resulted in a 14 year marriage and three children is somehow responsible for Shanahan’s not being a first-ballot hall of famer is absurd. Sure, personal lives might factor in, though they shouldn’t, but there’s not always going to be a controversy when folks aren’t chosen. Sometimes that just don’t get in the first time.