The New York Rangers bested the Philadelphia Flyers by a score of 3-2 to win the 2012 installment of the Winter Classic. The game had a high tempo at times, was slow at other times but ultimately built to an exhilarating finish.

With that, here’s a list of some of the best & worst players, and best and worst factors surrounding the game we took in today.

No surprise here. Rupp tallied two timely goals to lift the Rangers out of a 0-2 hole. His first, a wrister off a screen, came when the Rangers needed a goal the most, following two quick goals from the Flyers. The goals were just Rupp’s second and third in 2011-12 and shifted the momentum squarely in favor of the Rangers.

Rupp may be looked at as a villain by Philadelphia, perhaps more so for his use of Jaromir Jagr’s salute celebration than his scoring, but he easily was one of the best skaters on the night.

It wasn’t Lundqvist’s best performance but some big early saves mixed in with a huge last gasp penalty shot save made him a logical candidate for man of the match. As we’ve seen all season long, Lundqvist has made the big save when he has been called upon which has allowed the Rangers to win many games they maybe haven’t deserved.

Barring a goal in the playoffs, Brayden Schenn’s first ever NHL goal ranks pretty high on the “best place to score your 1st NHL goal” list. Schenn’s goal broke a 0-0 tie and have Philadelphia an edge in the momentum that most fans likely believed would endure the rest of the game. As we all know, this wasn’t the case, but that shouldn’t take away from Schenn’s “right place, right moment” goal.

Congrats go out to the youngster.

He was fairly quiet in the final period, as were most of the Flyers, but in the first two frames Claude Giroux looked exactly like the lethal forward we have seen all season long. The highlight of his night came deep into the second period, when a nifty pass from Max Talbot allowed Giroux to pull out a forehand-backhand-top shelf move that left Henrik Lundqvist powerless.

Unfortunately, Giroux and his teammates couldn’t muster any more magic in the third period but his memorable goal makes him a deserving selection in this list.

Despite shelling out $1,000+ in some cases, the Philadelphia faithful filled Citizens Bank Park to the brim while maintaining a fun and loud atmosphere. This included a “Refs, you suck” chant, but more on the officiating in the Duds section.

I’m a stickler when it comes to commentary. On a night that saw NBC dumb down their announcers in a frankly sad attempt to appeal to an audience that might not have a clue how the game of hockey is played, Darren Pang rose above and offered some solid insights in an intelligent manner. Pang is often guilty of using some strange analogies and expression but his hockey analysis is typically accurate and worth listening to. Tonight was no different.

Jagr lands in the Duds section not because of his play on the ice but because he was only to turn in a 7-minute effort in the largest game since his return to the NHL. I was excited to see Jagr in a big game again, visions of his early career swirling in my head. Following a first period effort that saw Jagr split defenders like he regularly would back in the day, but a calf strain cut his evening short.

Just a couple of weeks after facing assault and battery charges on a child at a pee-wee hockey game (charges that were eventually dropped), what better place to put Millbury than in the middle of a tiny pee-wee rink surrounded by children? Without even touching the debate on whether or not Millbury even deserves to retain his job (his antics go well beyond the recent scandal), how could anyone think it was a bright idea to have him skate with children?

The moment was laughable but also extremely awkward. 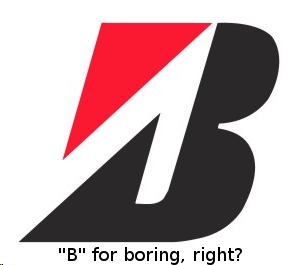 I understand Bridgestone was the main sponsor of the “Bridgestone 2012 Winter Classic”. I however don’t understand how a company can splash out all that money and fail to come up with a commercial that doesn’t infuriate/put the viewer to sleep.

Seeing it once was acceptable. Twice was pushing my limits. After number three, I officially don’t want to ever hear of your company again.

On one of the largest stages, the NHL officiating brought its A-game. Unfortunately, that constitutes odd penalty calls, odd non-penalty calls, premature whistles and even a controversial penalty shot. The 2012 Winter Classic rated a 9 out of 10 in terms of strange officiating.

Whether it was Delay of Game call of Ryan McDonagh where he was thrown into his own net, dislodging it or an early whistle that prevented a high percentage Philadelphia opportunity, the officiating wasn’t at its best. If you’re a regular viewer of the NHL you’d likely argue it was right on par with what we usually see.

To top it off, there was the strange Interference call on Kimmo Timonen (it was a hook) and the Holding the Stick call on Ryan Callahan (A dive, if anything) as the two raced toward an empty net.

Not to be undone, the officiating awarded a penalty shot with a handful of seconds left in the game after Ryan McDonagh allegedly closed his hand around the puck in the crease. Whether or not this actually happened I’ll never know, but based on all the views/angles we saw, there was no way of knowing what was going on in that crease when the infraction allegedly took place.

The Winter Classic is a great event. The two teams brought their best and the result was a fun and exciting game to take in for the neutral fan. Now the officiating needs to catch up and become a non-factor rather than a glaring eyesore.

The NHL has stated they’d be interested in locations such as Minnesota, Colorado or St. Louis, which I would be too, but it’s all a matter of backing up that talk with some action. Personally, I’d like to see a West Coast team, like LA or San Jose take part in a Winter Classic. The obvious obstacle would be determining how to host one in California, but at the very least we could have them compete in a future event. Limiting the Winter Classic to a battle of the same teams over and over again makes things get stale real quick – like see Philadelphia twice in three years.