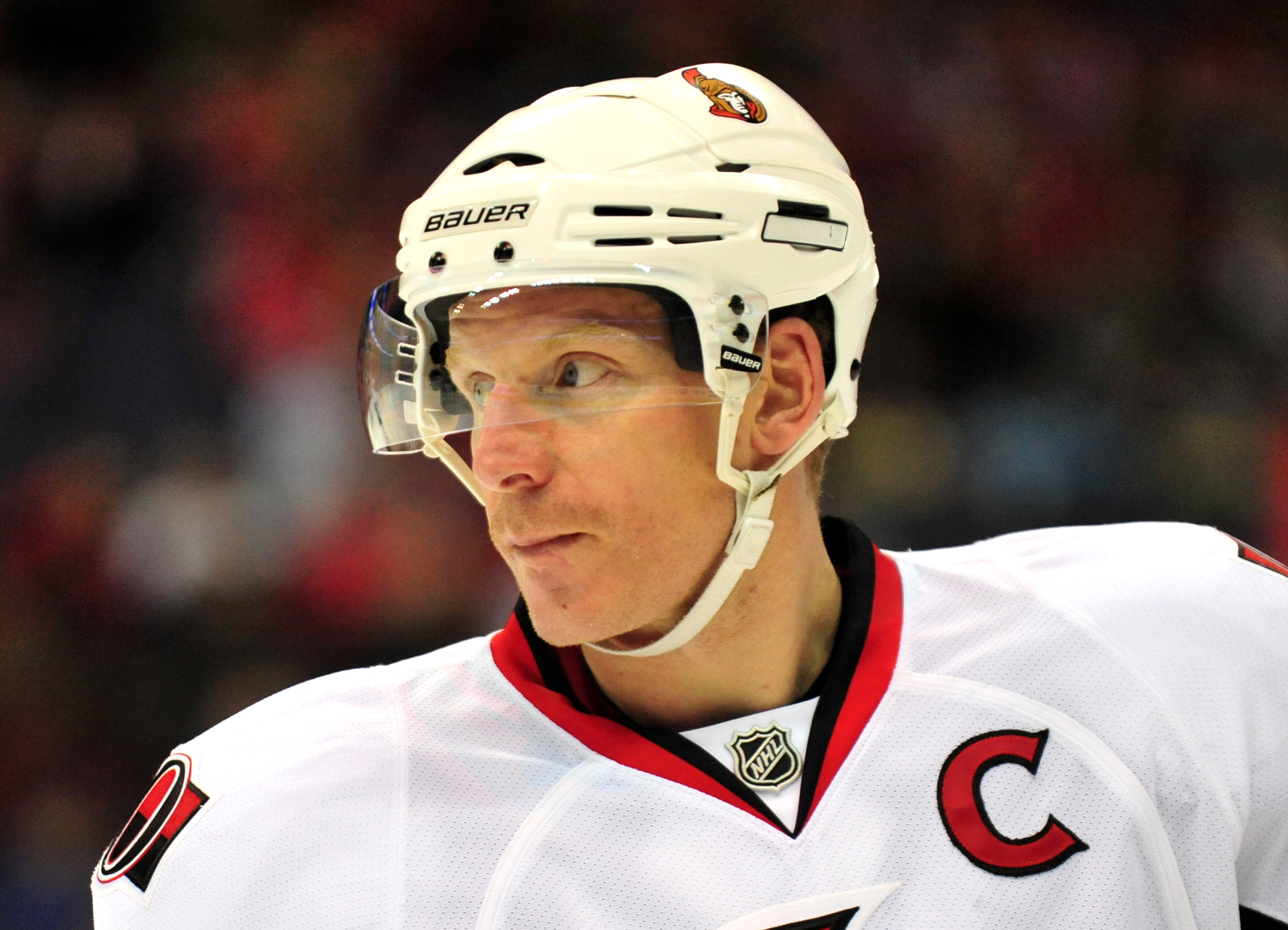 When an a specific city gets to host an All-Star game, I wonder if the NHL offices try to find every single way to make it hosting team oriented. The league took another step to make the All-Star game extra friendly today by announcing the two captains that will lead the two teams against each other. Ottawa’s Daniel Alfredsson and former Senator Zdeno Chara will be wearing the C’s when it comes to the All-Star draft on Thursday, January 26th. Alfredsson, who is no brainer choice to be one of the captains, has spent his entire 16-year career with the Ottawa Senators and deserves the honor of leading an All-Star team. The veteran forward is having a great year at the tender age of 39 by posting 15 goals and 20 assists in 42 games so far this year. He is the franchise’s leader in games played, goals, assists, and points.

On the flip side of things, the other captain to be named was Zdeno Chara. An interesting choice from his peers, Chara spent four years of his career in Ottawa starting in the fall of 2001 and ending in the spring of 2006. The NHL giant had his career blossom in Ottawa as he posted 39, 41, and 43 points in his last three seasons with the Sens. The biggest success of his career has come during his current stint with the Boston Bruins. Besides lifting the Cup last year, he also won the Norris Trophy for best defensemen in 2009.

If the league keeps the same structure of last years NHL All-Star weekend (and it looks like they have), we should be ready for a fun weekend that will have plenty of great players on display. Both Alfredsson and Chara will have to construct a balanced team that has enough power, speed, defense, and skill that will earn them the win in this exhibition game.

As I stated in my last post about the All-Star game, it is all for the fans. And since it is for the fans, I am here to spread a certain idea that both captains should follow during the draft:

It is in the best interest of the NHL, the players, and the overall entertainment value of the weekend festivities if Alex Ovechkin is drafted last in the player draft.

To be clear, this isn’t meant to be a direct slam due to Ovechkin’s play on the ice. Rather, it is because of what happened last year during the player draft in Raleigh. As you may remember, when Phil Kessel was picked last, Ovechkin decided to commemorate the event by taking a picture with his cell phone and posting it to Twitter. This year, I hope Alex gets to have his picture taken in the same manner. This is an opportunity for entertainment gold.

For for all the PDL readers out there, please use the proper means necessary to make sure this happens. Tweet, email, or take signs to your favorite Senators to make sure they have the idea in their heads. If we don’t, we could have another still moment of this: