That’s right. The Toronto Maple Leafs are first overall in the NHL after a dozen games. The Leafs are being led by nuclear hot Phil Kessel, whose 10 goals, 21 points and +10 all lead the entire league. He’s even a single assist off the league lead as well (Erik Karlsson has 12 assists to Kessel’s 11). An incredible start indeed.

And how about one Joffrey Lupul? His 8 goals and 8 assists are good for third in the entire league in scoring (behind Kessel and Philly’s Claude Giroux). He also has a +10 rating to lead the league alongside Kessel. Pretty amazing start considering his career season (back in Anaheim in 2005-2006) saw him snagging 28 goals, 25 assists and finishing at a -13.

Hell, even Mikhail Grabovski is getting into the mix. Grabrovski is chillin’ with 5 goals, 5 assists and a +6 through the Leafs’ hot start.

The Leafs have also been the beneficiaries of some great goaltending as well. Appointed savior and part Transformer, James Reimer has started out 4-0-1 with a 2.58 GAA (fairly high, but more on that later) and a .912 SV%. Even rookie Ben Scrivens stepped in last night to allow a single goal against on 39 shots against. Yes, they have had their struggles with Jonas Gustavsson in net, with “Monster” going 4-3 with pre-Tent City Khabibulin numbers of 3.61 GAA and .886 SV%. But the key there is that they still somehow managed to win four of those games.

Even more surprisingly, all this success comes with middling powerplay numbers and a league worst penalty kill. The Toronto powerplay is converting at a 16.4% clip, good for 15th, directly in the middle of the league. The penalty kill is hilariously bad at 71.7%, which is worse than abysmal. In addition, not only are they the worst kill in the league, they’re one of the busiest. The Leafs rank 7th in penalty kill time with over 84 minutes (over six minutes per game) spent shorthanded. They’re also being outshot on average by five shots (26.3 SF/G, 31.4 SA/G) per game.

So how in the hell are they succeeding? Quite simply, the Leafs are getting it done at even strength. They currently lead the league in even stregth goals for to goals against ratio at 1.65. Only two other teams are even close to that: Washington (1.53) and another surprising team, Edmonton (1.45). After that, Buffalo is the next closest at 1.29. To put this in perspective, the only team to finish over a 1.5 even strength goals for to goals against ratio over the last four seasons were the 2009-2010 Captials at 1.57. Besides the rare outlier, the best even strength teams don’t really finish above a 1.25 ratio. 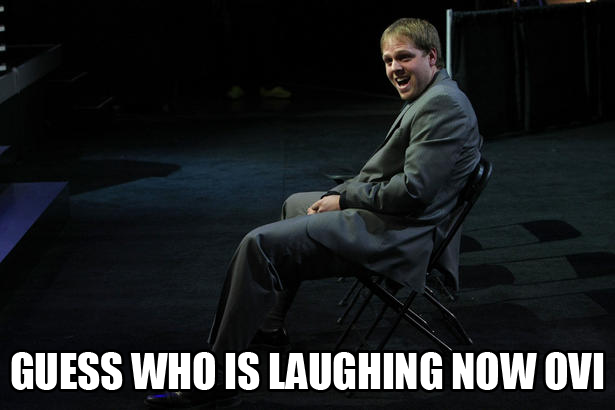 Now I suppose we’re getting into the meat and potatoes of this discussion: Is this start sustainable for the Leafs?

Reality check time: Of course not. Does that mean they’ll finish 30th in the league? Nope. I hate to use the “returning to the mean” argument, but that’s really what’s going on here. Is Joffrey Lupul going to finish the season still on his current scoring pace of 50 goals and 50 assists? Hell no. Will Kessel finish with 63 goals and 70 assists? Nope. In fact, Phil Kessel, Joffrey Lupul, David Steckel, Mikhail Grabovski & Clarke MacArthur are all currently sitting on career high shooting percentages. Obviously that will settle down at some point.

However, I’ll go out on a limb and say that the Leafs will make the playoffs. The reason why? They’re confident and don’t care if they’re ahead or playing from behind. When the Leafs score first, they’re 5-3-1 so far, and if they fall behind first, they’re 4-0-0. The only situation the Leafs really need to improve upon is when they’re trailing after the second period, where they are 1-3-1. I think that will start to improve once the Leafs get their penalty kill back on track.

The Leafs have started the season off on an incredible tear and sometimes that’s all you need to make the playoffs, just as an awful October & November can keep you scratching and clawing for a playoff spot all season. In the end, this 13 game start for the Leafs will simply be a hot streak among the usual ups and downs of an NHL season, but it just might be enough to jettison them back into the playoff spotlight, which is something this franchise and city sorely needs and desperately wants.