Maybe Dale Tallon isn’t so crazy after all. It was quite the odd scene in the summer when the Florida Panthers General Manager scooped up every seemingly marginal free agent, gave them long-term deals, and called it a team. It garnered a fair share criticism, but in retrospect, they have actually been shrewd moves.

The Panthers have been languishing in obscurity for years, and last year they had to watch Tampa make a run deep into the playoffs as Steve Yzerman was showered with praise for “building” a winner that featured Stamkos, St. Louis and Lecavalier. But it seems as if Tallon was simply waiting to splash on the litany of free agents that he could throw money at to come live in Florida. He gave Jovo Cop a four-year, $16.5 million deal. Tomas Fleischmann for four-years as well, and will get four and a half per. Scottie Upshall? Give him four years as well. $14 million for him? Why not? It seems as if the Panthers love giving out four-years deals so much so that even Sean Bergenheim got one for eleven sheets.

But that was not even all of the madness. They picked up Brian Campbell for next to nothing from the Blackhawks, and he of a $7.1 million cap hit made the trip south to the Sunshine State. Before July 1st even struck, they managed to convince another former Blackhawk to stick around town for; you guessed it, four years. Tomas Kopecky got a nice little $12 million payday, and all he has to do is live in Florida.

It all seemed so ridiculous at the time, and looking back on it, it is still hard to make sense of what exactly the thought process was. But it has actually managed to work, at least thus far. They also let Vokoun walk away, and brought in Jose Theodore along with a gallon of pomade. 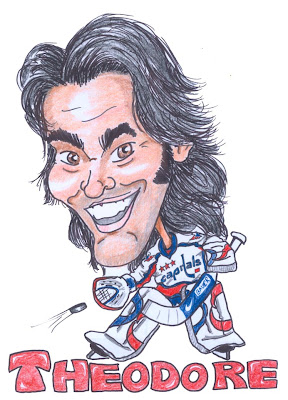 It just didn’t make sense. Many simply assumed that the Panthers were doing everything they could to make it to the salary cap floor, and they were able to do so on the first day of free agency. But few thought that it would actually work.

The Panthers are sitting atop the Southeast Division, just a point ahead of the Capitals. That is unlikely to hold up over the course of the season, but they could still battle for that eighth spot in the East along with a trio of Canadian teams.

But is this sustainable? Well Tallon of course is the man that built the Blackhawks into who they are today, so he is not completely out to lunch. He has not been in Florida for very long, but his fingerprints are already all over the franchise.

While he did not draft Dmitry Kulikov, he has been lucky enough to benefit from the stellar play of the young Russian blueliner. After going through a trial by fire for his first few years in the league, Kulikov is finding his stride and putting a career year together. Add youngster Erik Gudranson to the mix, and the Panthers have a solid mix of youth and experience on the back end that might actually put them in good shape going forward.

Up front? Well it is not exactly pretty, but they manage to make it work. Kris Versteeg seems to love his time down south, as he is playing like a new player. They got rid of David Booth, and have not missed a beat. They seem to have a mix of players that are not interested in the limelight, and are content with putting in their work every night. You rarely hear about the Panthers, but that may change if they can keep this up. Then there is that situation between the pipes. Theodore is playing some of the best hockey of his career, and the team’s best goalie is not even on their roster right now. Jacob Markstrom is one of the most highly regarded goaltending prospects in the world, and he is currently working on his craft in the AHL. He has the make up to be another elite Swedish goalie, and once he gets his shot to play full time minutes, the league will be on notice about the youngster.

So where do the Panther go from here? Most of their players are signed to long-term deals, as detailed above, and their biggest UFA’s this year are Samuelsson and Sturm, not exactly franchise players. Tallon has quickly put this team together in a way that only he could manage. Signing everyone that is willing to take his money, and managing to turn a team around in incredibly short order.

Are the Panthers for real? No one knows. But they sure make for an interesting story, for now at least.