Based on the new Patrick Kane and Tim Thomas Discover commercials, I found myself wondering what other product/player pairs would be good fits. Here’s what I was able to find out. 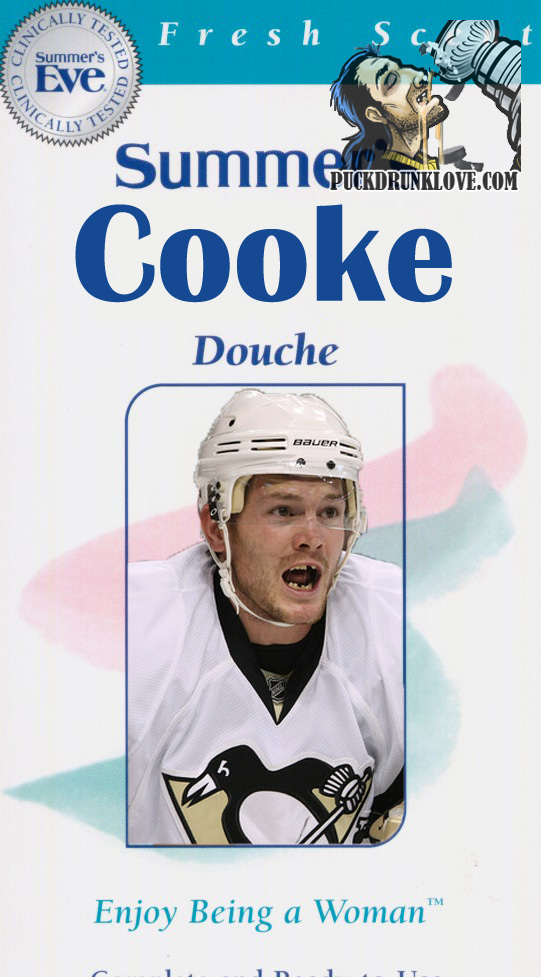 Matt Cooke, being the league’s douche du jour, has teamed up with the industry’s leading provider of feminine hygiene products. Matt will be starring in a series of commercials that show how he doesn’t have to worry about his embarrassing personal odor any longer, thanks to Summer’s Eve’s great products. He’ll also be incorporating their new “Hail to the V” slogan in his goal celebrations by throwing his gloves off and forming a V with his hands high in the air while his linemates all drop and channel Wayne and Garth at him.

When Stalberg isn’t getting his head out his ass and cutting to the middle with speed and scoring goals (which is most of the damn time), he’s making sure his panty dropping babyface is silky smooth and acne free. He does this with the ProActiv acne solution. I mean, Stalberg clearly has finishing problems (THAT’S WHAT SHE SAID), so why else would he still be sought after and given every chance to succeed? That’s right. His mug. 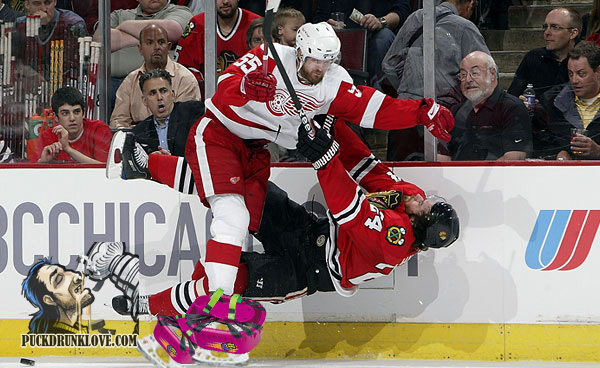 Kronwall will be featured in Moon Shoe’s comeback campaign, which will include a new product called Moon Skates, which allow one to leap high into the air to deliver devastating, dirty hits. Kronwall has secretly been testing the Moon Skates for quite some time, as is evidenced by this highlight reel: 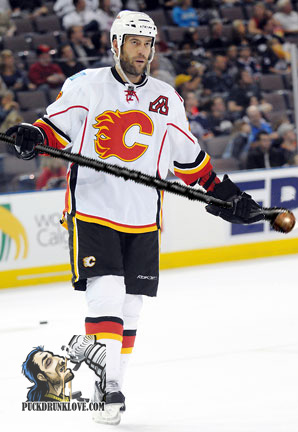 (Yes, that’s a made up company.) One of the NHL’s resident and most infamous dirtbags, Todd Bertuzzi, is certainly no stranger to the “carry a big stick” mentality. In fact, he takes it literally. Instead of dirtying his hands with the likes of Steve Moore, he can channel his inner Marty McSorely and strike down his opponents with ease, thanks to Big Stick Sheleighleighs!

I mean, how else could CHRISTIAN EHRHOFF get a TEN YEAR contract including getting paid TEN MILLION DOLLARS this season? There’s no other logical explanation.

The Gold Medal Winning Because Of Backstopping An All Star Team goalie teams up with Kleenex to promote their newest product: Kleenex in a Bottle. The hardest part of Roberto Luongo’s gameday is trying to wipe away those tears after those meanie opponents score through any of the various holes he leaves open. With new Kleenex in a Bottle, he can easily use the aerosol spray can to spray a super absorbent Kleenex on to his face. But that’s not even the best part! After that, when he gets a drink of water, the Kleenex instantly dissolves leaving his eyes unobstructed to watch the next hilarious fluttering shot squeak through his pads! They’re also in discussions for a special type of Kleenex to wipe the grease out of Bobby Lu’s hair before bedtime.

Now that Crosby is just about ready to return to the ice, he can also return to product advertisement. And what better way to make his glorious and triumphant return than by showcasing Redi Shade’s Black Out Shades! “Redi Shade’s Black Out Shades got me through the darkest part of my career!” opined Crosby in the new commercial. “Without Redi Shade, I’d be forced to stare in the life-giving ball of nuclear fuel that is our sun,” continued Crosby. I feel that the endorsement of the shades will go well, but I’m not so sure about the Redi Shade Black Out Visor shown below. 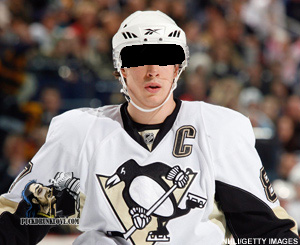