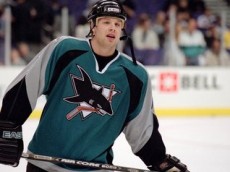 Brad Stuart began his career with the Sharks and thanks to today’s long anticipated deal, he’ll get a chance to return home to finish it. The Red Wings get Andrew Murray and a seventh round pick in the 2014 draft if Stuart signs with the Sharks. Stuart becomes an unrestricted free agent on July 1st, […] 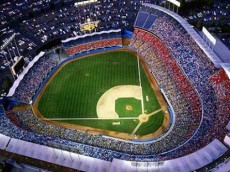 Outdoor hockey and Los Angeles seem to work together like oil and water, dogs and cats, or Canadiens and Bruins. But don’t tell that to the newly installed Dodger brass who are touting their ballpark as a future site of the Winter Classic. The new ownership group led by former Lakers point guard Magic Johnson […] 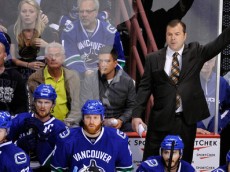 With a year left on his contract, and an unexpectedly premature exit from his team this year, Alain Vigneault had unfinished business in Vancouver. The Canucks decided that giving him some job security in the completion of his mandate as the team and their coach agreed to an extension.   Like many NHL deals, terms […] 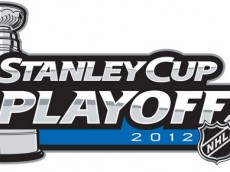 We’re a week away from the beginning of the Stanley Cup Finals. The puck will drop in a NYC Metro area arena still to be determined. But one thing we do know is that within two weeks after that and possibly as soon as one, the NHL will crown a new champion and Gary Bettman […] 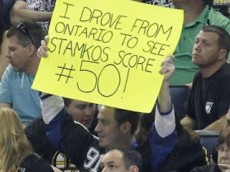 Stick tap to our friends at Lightning Hockey Blog for the picture Many years ago, when mastodons roamed the earth and the permafrost extended south to Tampa Bay, fifty goal scorers were as common as hot goalies in the playoffs. You could safely count on a few every year. But since the dreaded neutral-zone trap […] 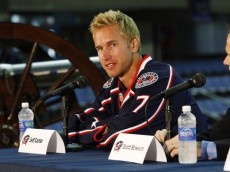 What began earlier this week, continued late last night. Columbus sent underperforming forward Jeff Carter to Los Angeles eight months to the day that they had acquired him from Philadelphia. In exchange, Columbus adds defenseman Jack Johnson, who at 25 potentially becomes the next face of the Blue Jackets franchise. In addition, the Kings send […]

As if prompted by the insatiable appetite of the Boston media, there was news today about Tim Thomas’s infamous decision to skip the Bruins White House visit from earlier in the month. We’ve written about it before and we’ll write about it again. Thus far, CBC’s Elliotte Friedman owns the story, but eventually the Globe’s […] 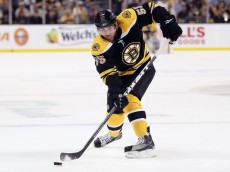 Boston locked up veteran defenseman Johnny Boychuk with a three year contract extension worth $10.08 million dollars. Boychuk was expected to be an unrestricted free agent at the end of the season. The extension will keep him in Boston until he is 31 years old. He’ll earn $3.36 million annually for the lifetime of the […] 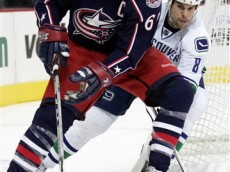 But his next destination will be determined not as much by cap space as his own willingness to move and the talent offered in exchange The rumors and reports swirled over the last week, that Rick Nash, the long-time face of Columbus’ Franchise was open to a trade at that Blue Jackets management would be […] 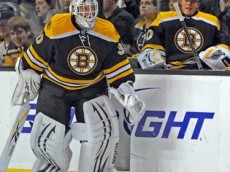 But the team needs to evaluate and decide whether Rask is their future in net Being buried on the bench in Boston leads to an abundance of exposure when a player mentions that he’d rather play more. So shouldn’t surprise anyone that Tuuka Rask’s comments to a Finnish newspaper that he’d prefer playing regularly prompted […] 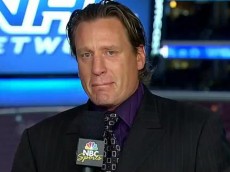 Being JR. The thought befuddles the most level-headed and rationale among us. Successful hockey player, turned commentator, with eyes on the prize of ownership. And last night, he was the honored man in a city known best for triple digit temperatures. Roenick’s comments about wanting to own the club sent ripples of speculation through the […] 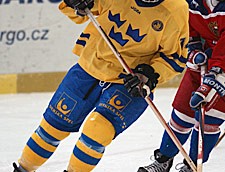 Dynamic Swedish center Carl Soderberg has long been the apple of NHL teams’ eyes. Selected in 2004 by the Blues in the NHL Entry Draft, Soderberg has remained in Sweden, eschewing potential US stardom in the NHL. His steadfast choice to stay close to home prompted the prospect watchers at Hockey’s Future to declare he […]

Improvements to NHL Disciplinary System are Welcome But More are Still Needed Yesterday, Greg Wyshynski and Jeff Marek, as part of their daily Puck Daddy podcast talked about how they’d grade new NHL Disciplinary Head Brendan Shanahan. Both offered qualified praise and graded him fairly well – seven and eight on a scale of ten. […]

This post wraps up our whirlwind tour around the league. While the remaining seven squads find the playoff fortunes in a precarious spot, the remaining ten weeks will give each ample opportunity to alter their trajectory and pick off one of the present playoff bound teams. So what will it take to unseat one of […] 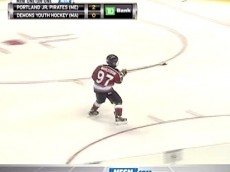 Please pardon the digression down memory lane. Growing up in New England, Mini One-On-One was a staple feature of intermissions of Bruins games on the great WSBK TV in Boston. Between the calls of Fred Cusick and Derek Sanderson of the main event, high schoolers and younger aged skaters showed off on break aways of […]