There were a ton of transactions made around the NHL this summer. From the big trades to the minor roster adjustments, every club around the league attempted to improve. Some were successful while others may have missed the mark or failed to improve enough to take the next step.

Here are three teams who failed to bring in enough new talent in order to really make some noise in 2015-16. 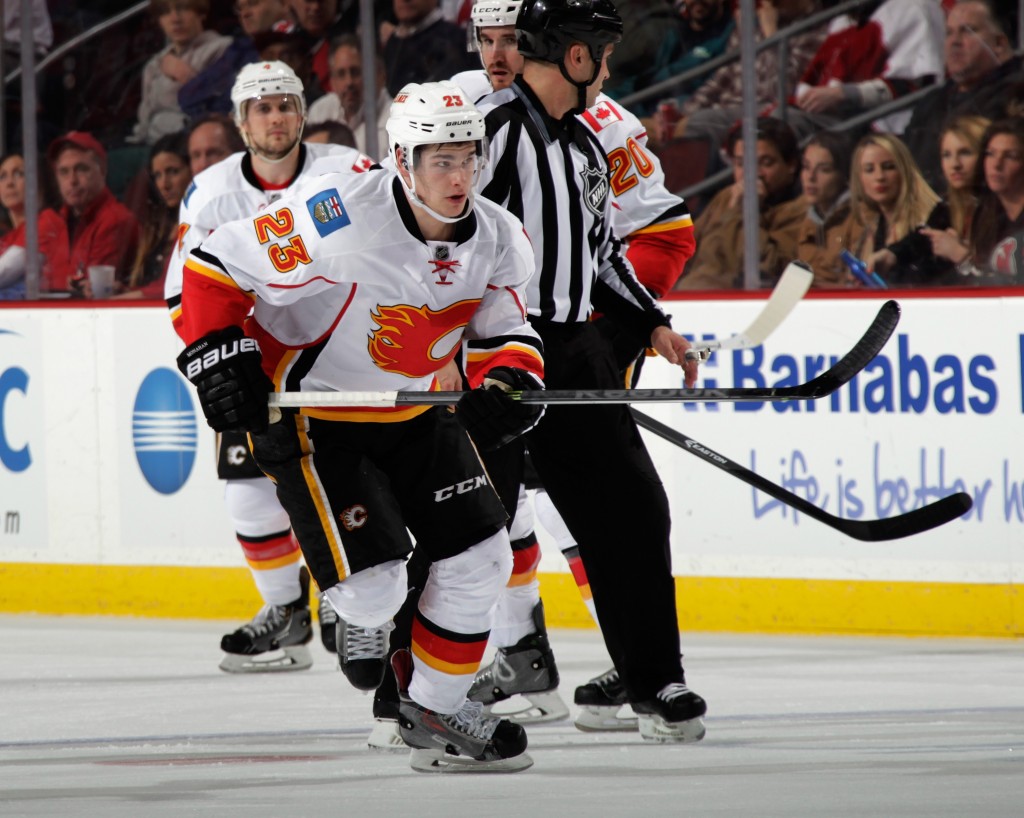 NEWARK, NJ – APRIL 07: Sean Monahan #23 of the Calgary Flames skates against the New Jersey Devils at the Prudential Center on April 7, 2014 in Newark, New Jersey. The Flames shutout the Devils 1-0. (Photo by Bruce Bennett/Getty Images)

I wrestled with including Calgary on this list for a couple reasons. A) They’re a team with a lot of good young players who are primed to improve. B) They made the best move of the offseason acquiring Dougie Hamilton from the Boston Bruins. The feel-good team of 2014-15 makes my list is because they’re not quite ready to make another leap just yet.

While they have a solid core, the club’s forward depth is concerning. Outside of the trio of Sean Monahan, Jiri Hudler and Johnny Gaudreau, there’s not a lot of oomph. That concern could be remedied a bit by Sam Bennett stepping up, but that’s a lot to ask of a 19-year-old with just 12 career games. Although adding Michael Frolik was a great move, the Flames could certainly use another top-six forward.

Calgary just managed to squeak into the playoffs last year, and did so with the second-highest even strength shooting percentage in the league of 8.88 – which indicates a bit of luck. The club also had the opportunity to upgrade their goaltending and opted to stick with the tandem of Jonas Hiller and Karri Ramo – neither of whom are bonafide starters at this point in their respective careers. While their defense is impressive, they could use an upgrade between the pipes.

Now if it sounds like I’m nitpicking it’s because I am. The Flames are going to be a very solid team next year, and I’ll be happy to see them take the next step – I just don’t think they’re there yet. They’ve made the right moves, but they’re still a couple moves away from being serious contenders. 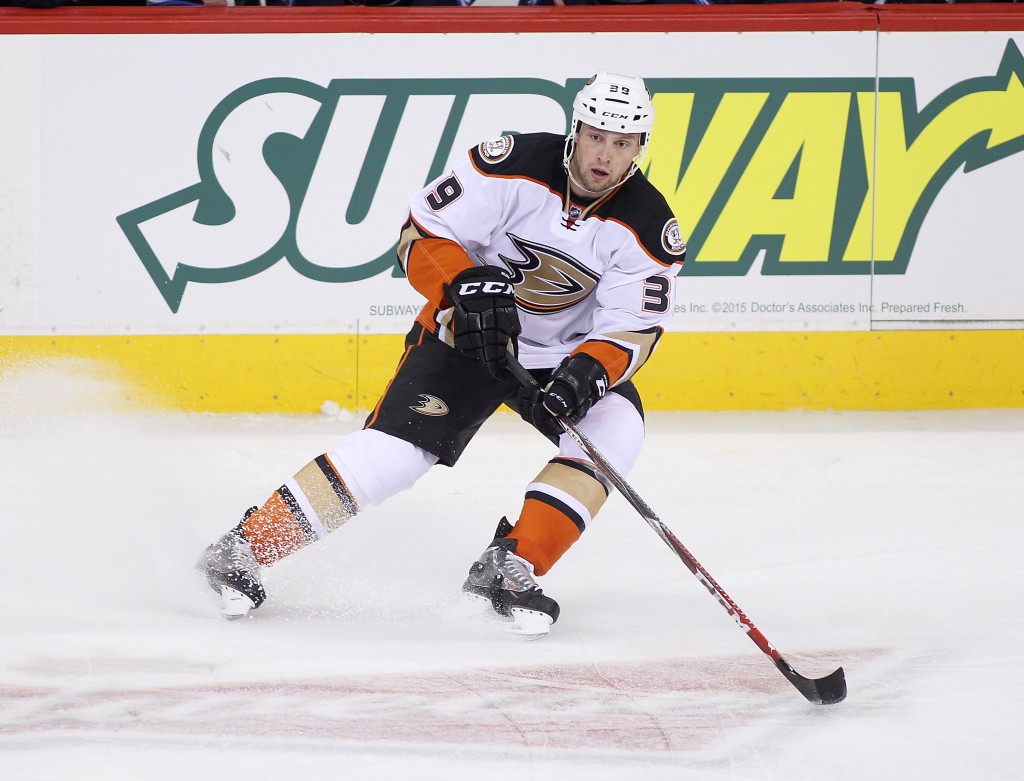 WINNIPEG, MB – APRIL 22: Matt Beleskey #39 of the Anaheim Ducks skates down the ice during first period action in Game Four of the Western Conference Quarterfinals against the Winnipeg Jets during the 2015 NHL Stanley Cup Playoffs at the MTS Centre on April 22, 2015 in Winnipeg, Manitoba, Canada. (Photo by Marianne Helm/Getty Images)

Boston just missed the playoffs last season which led to an offseason chalked full of change, including a complete restructuring of the club;s management. While the club isn’t rebuilding, they are undergoing a soft reboot of sorts.

Gone are Dougie Hamilton, Carl Soderberg, Reilly Smith and Milan Lucic, all of whom were key contributors over the years for the B’s. Brought in were Matt Beleskey, Jimmy Hayes, Zac Rinaldo and Colin Miller. While I don’t hate the moves the Bruins made, there’s a lot of change to process for a club that seems to be a tad directionless.

I don’t think it’s all doom and gloom in Boston as their top-six is still solid, and Tuukka Rask remains one of the best goaltenders in the league, but they’re on my list because the Bruins’ offseason moves had the club’s future in mind and was a big hit to the core.

Are the Bruins going to bottom out and be among the weakest teams in the league? No, but I don’t expect them to be very good. 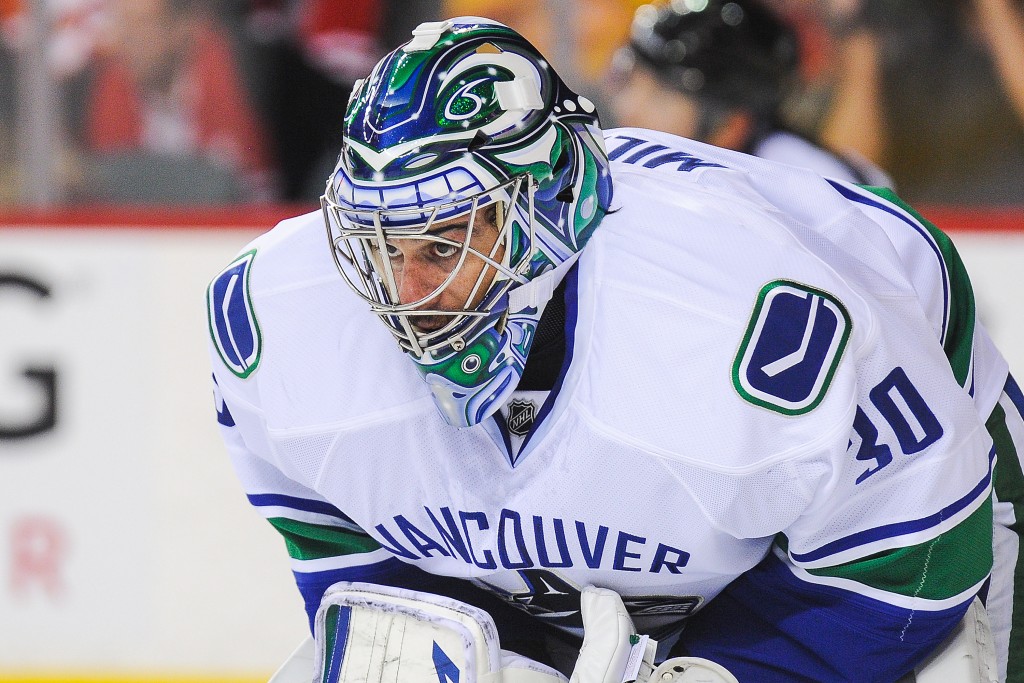 CALGARY, AB – OCTOBER 8: Ryan Miller #30 of the Vancouver Canucks defends net against the Calgary Flames during an NHL game at Scotiabank Saddledome on October 8, 2014 in Calgary, Alberta, Canada. (Photo by Derek Leung/Getty Images)

At this point it’s hard to believe this is the same Canucks team that finished with the second-most points in the Pacific Division last year.

The club’s offseason has been lackluster thus far, with general manager Jim Benning making some decisions that are frankly baffling. While none of the moves are crippling, when you add them all up together it totally hurts the club.

Trading starting goalie Eddie Lack for two draft picks was surprising because it seemed like the perfect time for the Swedish netminder to take the reigns on a full-time basis after playing quite well last year. Now the Canucks are counting on Ryan Miller and Jacob Markstrom, who both struggled in 2014-15. Miller was signed to a huge three-year $18 million contract and rewarded the club with a below replacement level 91.32 save percentage at even strength. While Markstrom played quite well in the AHL, his three NHL appearances (and NHL career to date) have had him play the role of deer in headlights. It’s a huge risk for Benning to bet on the duo.

Two more trades which look like misses on paper for Benning is trading Zach Kassian and a fifth-round pick for Brandon Prust, and trading Nick Bonino, Adam Clendening and a second-round pick for Brandon Sutter. Both moves are good examples of bad asset management that doesn’t improve the club. Prust may be a great locker room guy, but his production could be had easily on the free agent market at a minimum cost. Giving up a 24-year-old bruiser who scored 10 goals last season for him doesn’t make a whole lot of sense. With the Sutter trade Benning is hoping the center can emulate the role which was lost when the club traded Ryan Kesler, but he traded a player with comparable production and better advanced metrics in Bonino, plus an NHL ready defenseman and a high draft pick. All of those moves to not improve the team.

The team isn’t getting any younger and the Sedins can only carry the club for so long. The team is in need of some sort of change, and unfortunately for Canucks fans they’ve changed for the worst. It may be a long season in Vancouver.