Coaches are hired to be fired. It’s understood within the business. Next season will be no different when it comes to NHL coaches being in danger of losing their jobs. There’s pressure on all coaches, but some enter 2015-16 with more than others. Here are a few that stand out for having the stove turned up past hot. 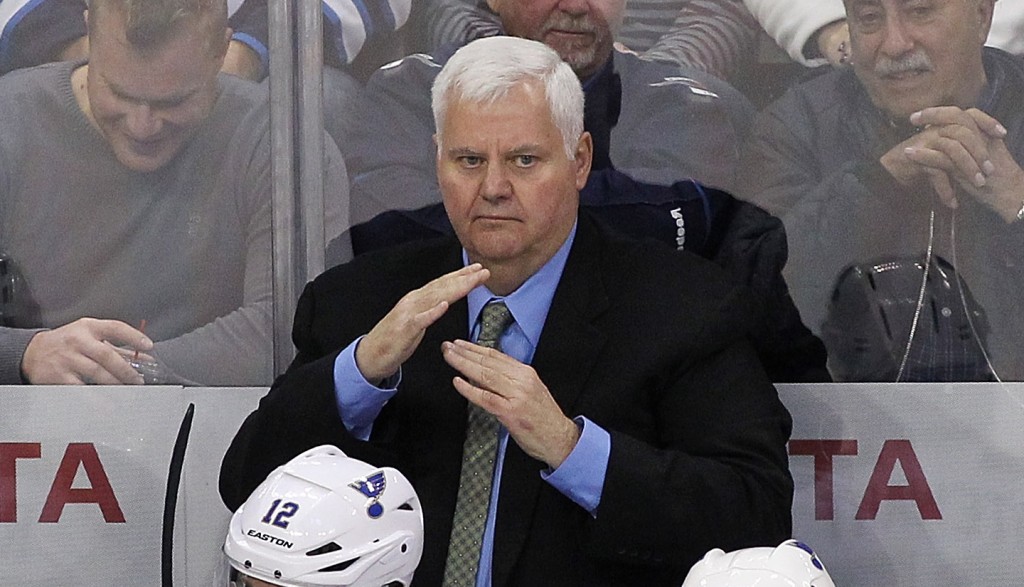 WINNIPEG, MB – OCTOBER 18: Head coach Ken Hitchcock of the St. Louis Blues calls a timeout in third-period action of an NHL game against the Winnipeg Jets at the MTS Centre on October 18, 2013 in Winnipeg, Manitoba, Canada. (Photo by Marianne Helm/Getty Images)

Rumors of Hitchcock’s demise were swirling around him near the end of last season, but he has seemingly survived for one more go. The problem is that his Blues teams have had great regular seasons (two first place division finishes and two second place finishes), and yet he has only won one playoff round. With the Blues having won just one playoff series in the past 12 seasons, and Hitchcock not having been to a conference final since 2004, the pressure will be on for this marraige to all of a sudden work. We won’t know if it will until May. 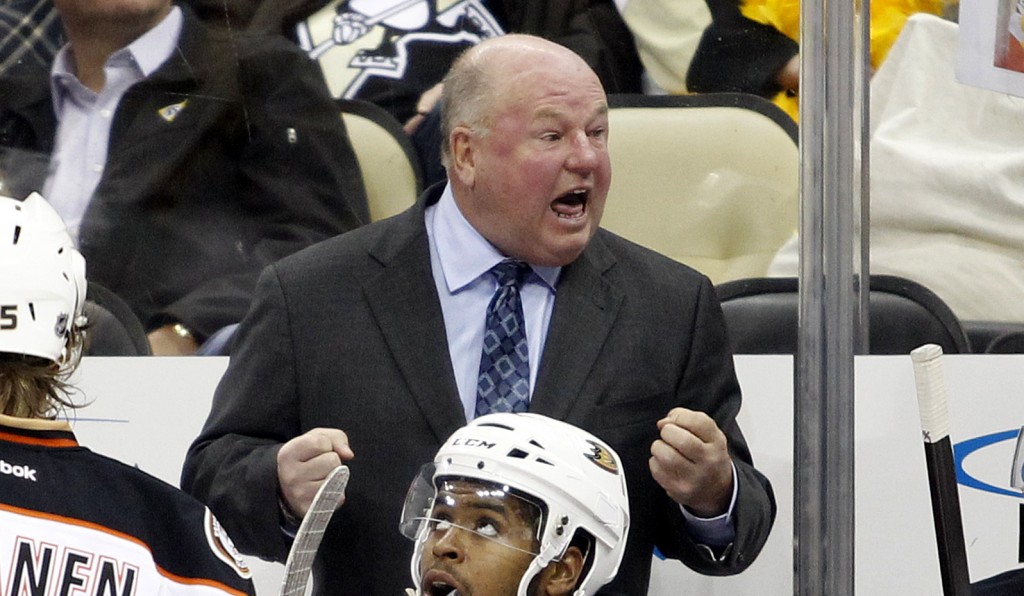 PITTSBURGH, PA – OCTOBER 09: Head coach Bruce Boudreau of the Anaheim Ducks exhorts his team during a timeout during the season opener against the Pittsburgh Penguins at Consol Energy Center on October 9, 2014 in Pittsburgh, Pennsylvania. (Photo by Justin K. Aller/Getty Images)

Another coach whose regular season success can’t be argued with. So good, in fact, that more is probably expected of him in the playoffs than most coaches. His first appearance in the third round last season probably did more harm than good as the expectation for Boudreau … for the first time in his career … may be “Cup or Bust”. And keep this in mind: This is a coach that somehow got Teemu Selanne angry at him. That tells me that he has a shelf life. He spent five seasons in Washington, and coming up will be his fifth season in Anaheim. Anything less than a Cup Final might spell the end for Boudreau. 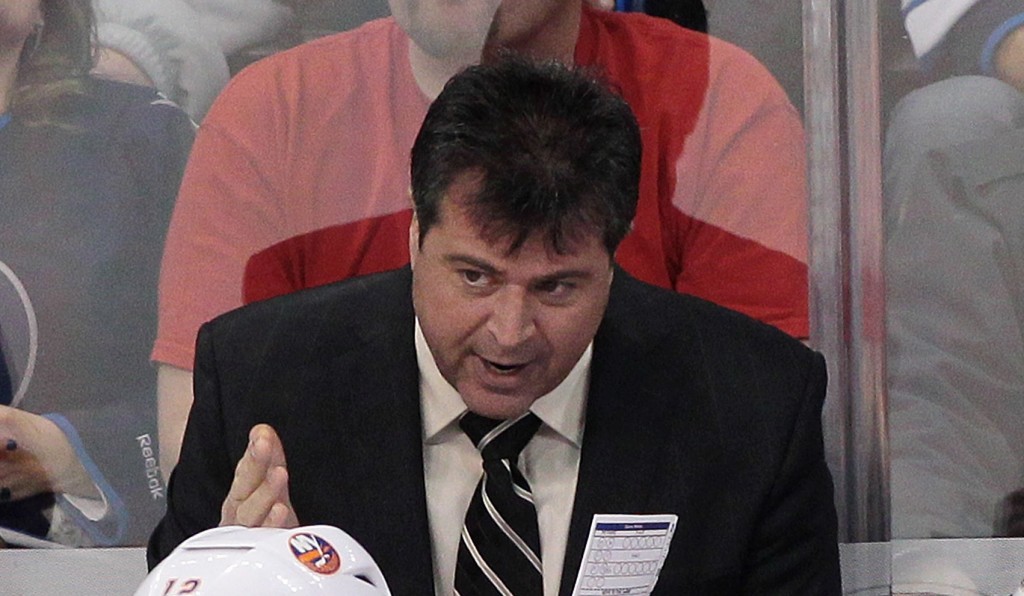 WINNIPEG, MB – MARCH 4: Head coach Jack Capuano of the New York Islanders gestures from the bench as he speaks in front of Josh Bailey #12 in third period action in an NHL game against the Winnipeg Jets at the MTS Centre on March 4, 2014 in Winnipeg, Manitoba, Canada. (Photo by Marianne Helm/Getty Images)

Capuano’s shortcomings as a head coach have always been hidden by the lack of talent on the Islanders roster. But after his first over .500 season as a head coach (if you count overtime losses as losses, which they are), this will be his first off-season with real expectations. With a world class player in his prime leading the way in John Tavares, and the most solid blue-line they’ve had in years, the Isles are expected to build on their seven game loss to the Capitals in the first round last April. A slow start with this group could mean Capuano is the first head coach fired in 2015-16. (And my bet will be that he doesn’t make it to the 16.) 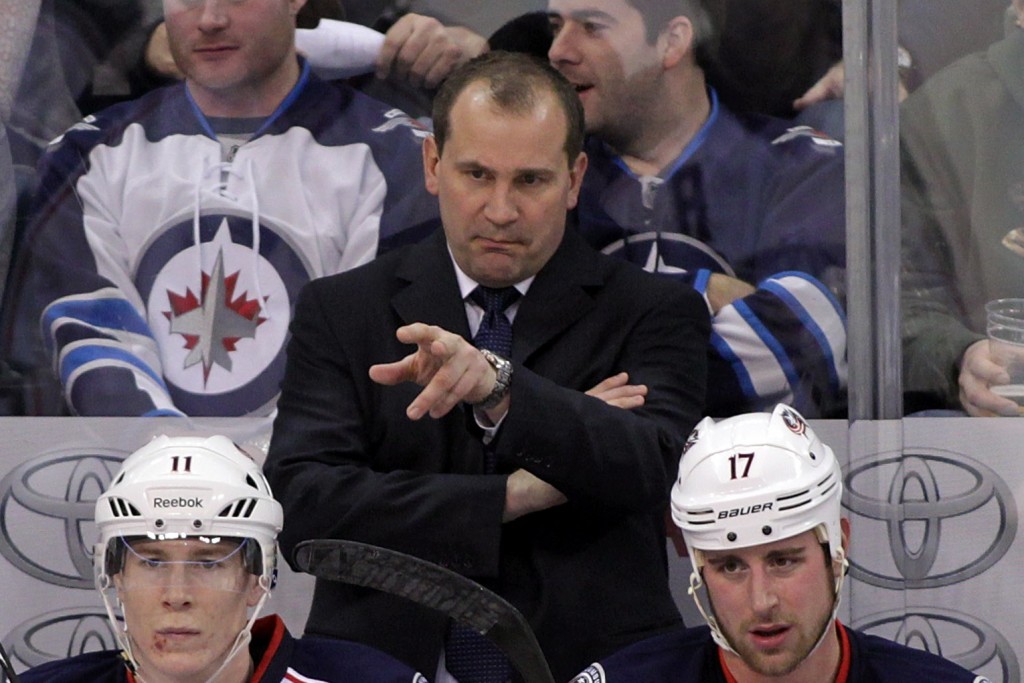 WINNIPEG, MB – JANUARY 11: Todd Richards, head coach of the Columbus Blue Jackets, gestures from the bench in third period action in an NHL game against the Winnipeg Jets at the MTS Centre on January 11, 2014 in Winnipeg, Manitoba, Canada. (Photo by Marianne Helm/Getty Images)

Richards probably faces the same dilemma Capuano does, but to a lesser extent. The Blue Jackets couldn’t get going last season as they led the league in man games lost due to injury. With everybody back healthy and the addition of Brandon Saad, the expectation is there.

Asked a member of Pens’ front office about how good Columbus could be next season. The answer: “Scary.”

While I don’t think Richards is in any immediate danger with a slow start, a slow start with this group will at the very least start the whispers. 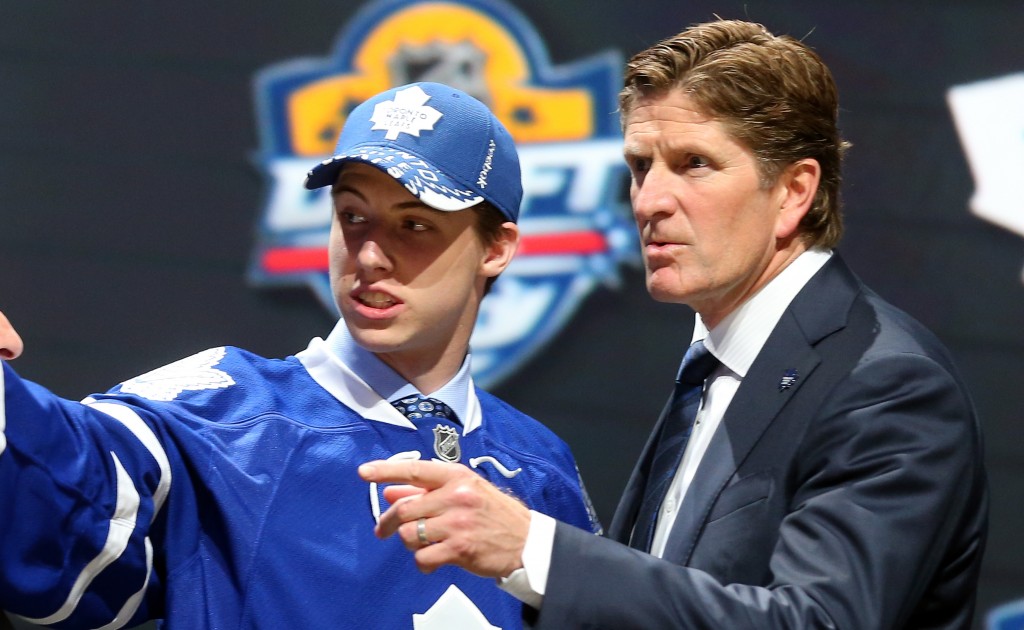 What, you thought you were going to get a grace period? A honeymoon? In Toronto? No no no no no no, not when you’re making more money per season on average than everybody on the team except for Dion Phaneuf. You will be expected to pull the team together, make them get along with the media and each other, turn Jonathan Bernier into Turk Broda, and win the Leafs their first Stanley Cup since 1967. All in the month of October. Welcome to Toronto, Mike.

A fast finish and playoff victory might have saved him after an epic blowup in the middle of the year. The blowup might have been the turning point. If they revert to pre-tantrum levels, Yeo’s on his own.

Almost unfair to Julien. But after a coach survives a GM change and gets a new roster to play with (limited as Bruins fans think it might be), he’ll be in the crosshairs next.