PDL’s look around the league continues with the Metropolitan Division. Things have become a bit of a divisional arms race and chances are if you’re a fan of a team in the Metro that your side improved. Yet, we start the list with a team that did almost nothing this offseason.

5. Are the Islanders good enough to just stand pat? 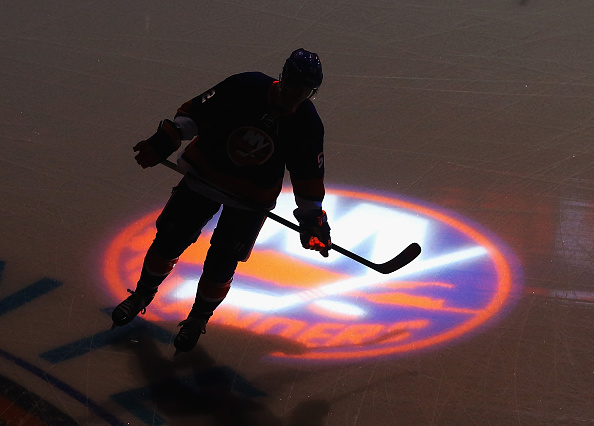 While the Islanders were one of the top teams in the division last year, they didn’t do a whole lot to add to the team this offseason. They lost aging, possession-minded defenseman Lubomir Visnovsky, which may be understated in the grand scheme of things considering how much he meant to the team. The belief around the team would seem to indicate that they think their pipeline is good enough for the team to fill in any holes within the organization. Names like Ryan Pulock, Michael Dal Colle and Josh Ho Sang immediately come to mind when thinking of newcomers. Although these players seem to project near the top of their lineups by the end of their careers, they all would fill in admirably and bring in additional skill to a team that is filled with it.

Will it be enough?

4. Will the Blue Jackets defense be good enough to make the playoffs? 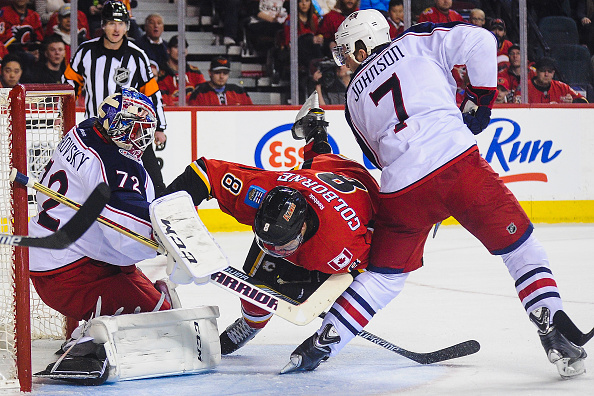 CALGARY, AB – MARCH 21: Sergei Bobrovsky #72 and Jack Johnson #7 of the Columbus Blue Jackets defend the net against Joe Colborne #8 of the Calgary Flames during an NHL game at Scotiabank Saddledome on March 21, 2015 in Calgary, Alberta, Canada. The Blue Jackets defeated the Flames 3-2 in overtime. (Photo by Derek Leung/Getty Images)

Though the Jackets added Brandon Saad over the summer, they didn’t address one of the areas that they pointed to as a weak spot on the team – the defense. While the defense isn’t terrible by any stretch, it is thoroughly average. The top of the defensive lineup touts Jack Johnson, Fedor Tyutin, Ryan Murray and David Savard. Jack Johnson is the topic of many debates among people who transcribe to hockey analytics and those that adhere to traditional scouting practices. Fedor Tyutin is aging and may be on the downward slop of his career. Ryan Murray can’t seem to stay healthy and will be a definite x-factor come this fall provided he is on the ice. David Savard is being pushed into a first pairing role, but is he ready for such a role?

3. Will the Flyers find success with Hakstol? 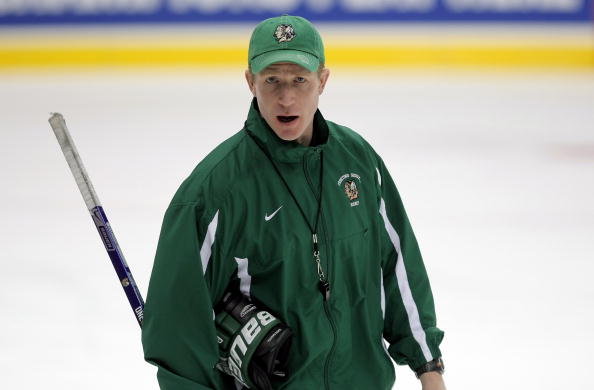 The Flyers extended Jakub Voracek and Sean Couturier, but what is the status of the team? They decided to fire Craig Berube who after 1 7/8 seasons behind the bench was fired for not leading the team to the playoffs in his second year. Was his firing justified? Probably not, if you are in the market of Philadelphia excellence is expected year in and year out. The forward group still includes the likes of RJ Umberger and Vincent Lecavalier, who will be getting paid a combined $9.1 million dollars last year. The defensive group still includes Andrew McDonald who will be making 5.5 million until 2020. This is quite an uphill battle for Dave Hakstol in his first year as coach. Will he be able to make it gel enough for the illustrious Flyers to rebound into the playoffs?

2. How are Justin Williams and TJ Oshie going to assimilate themselves onto the Capitals? 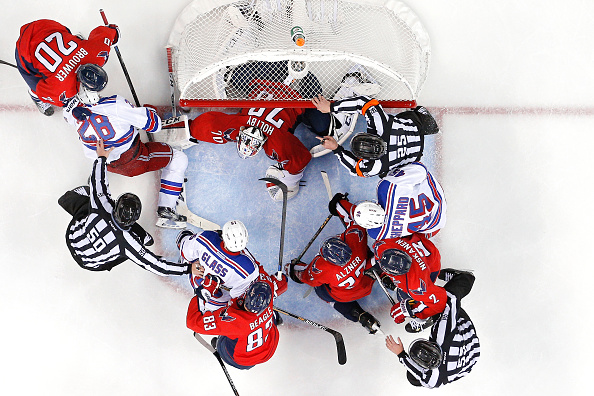 WASHINGTON, DC – MAY 04: Goalie Braden Holtby #70 of the Washington Capitals makes a save against the New York Rangers as players scuffle in the during the second period in Game Three of the Eastern Conference Semifinals during the 2015 NHL Stanley Cup Playoffs at Verizon Center on May 4, 2015 in Washington, DC. The Washington Capitals won, 1-0. (Photo by Patrick Smith/Getty Images)

The Capitals had themselves a playoffs to remember, beating the Islanders and taking the Rangers to Game 7. They knew they didn’t need a large overhaul but rather some tweaks that would allow the team to improve across the board. They found that in spades. For all intents and purposes the Capitals won the trade involving Troy Brouwer and TJ Oshie which provided a change of scenery for both players. Both of the teams are on the cusp and see their window starting to get slimmer and slimmer, which led to the free agent signing of Justin Williams, who has led the Kings to a couple of Stanley Cups.

The Capitals could have easily gone the way of the Islanders and allowed their younger players to develop but aggressively they pursued players that will bring them to closer to the ultimate goal. After all the greatest risk in life is not taking one.

1. Are the Penguins going to compete for the Cup? 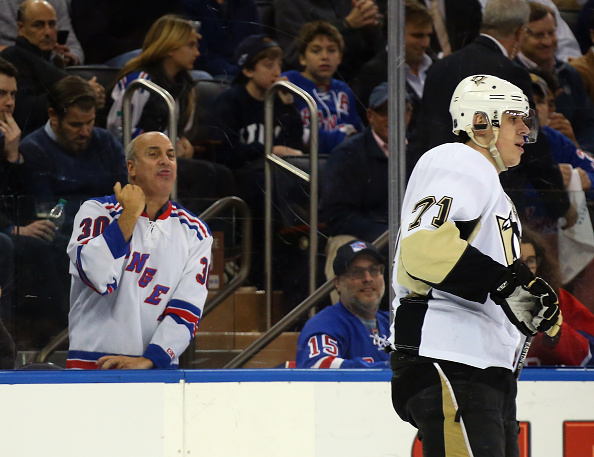 NEW YORK, NY – APRIL 24: A New York Rangers fan taunts Evgeni Malkin #71 of the Pittsburgh Penguins during the third period in Game Five of the Eastern Conference Quarterfinals during the 2015 NHL Stanley Cup Playoffs at Madison Square Garden on April 24, 2015 in New York City. The Rangers defeated the Penguins 2-1 to win the series and move on to the next round of the playoffs. (Photo by Bruce Bennett/Getty Images)

Oh yeah, I have to write more, don’t I? The addition of Phil Kessel alone is a huge get for a team who may have felt like they needed to keep pace with other teams within the division. Imagine a line with Phil Kessel and Sidney Crosby. You begin to shutter with fear, right? They then were able to shed themselves of Brandon Sutter, who was looking for an extension on a cap-strapped Penguins team. Picking up Nick Bonino in the process is the whip cream and signing Eric Fehr shortly after is the cherry on top. The team’s depth, which was a weak point to begin the offseason, has been greatly improved and they were able to add a top shelf winger for Crosby. This is a dream offseason for Penguins fans. Time to put the puzzle together Mike Johnston.