Gary Bettman said recently that he doesn’t think outdoor hockey games have been overdone. I happen to agree with him. The outdoor games draw big crowds, spike in the ratings and are just plain fun. I went to Yankee Stadium to see the Rangers play the Islanders. At game time it was eight degrees … eight! I bought a cheesesteak at the game and had to wolf it down before it froze. And I would do it all over again, frozen cheesesteak and all. 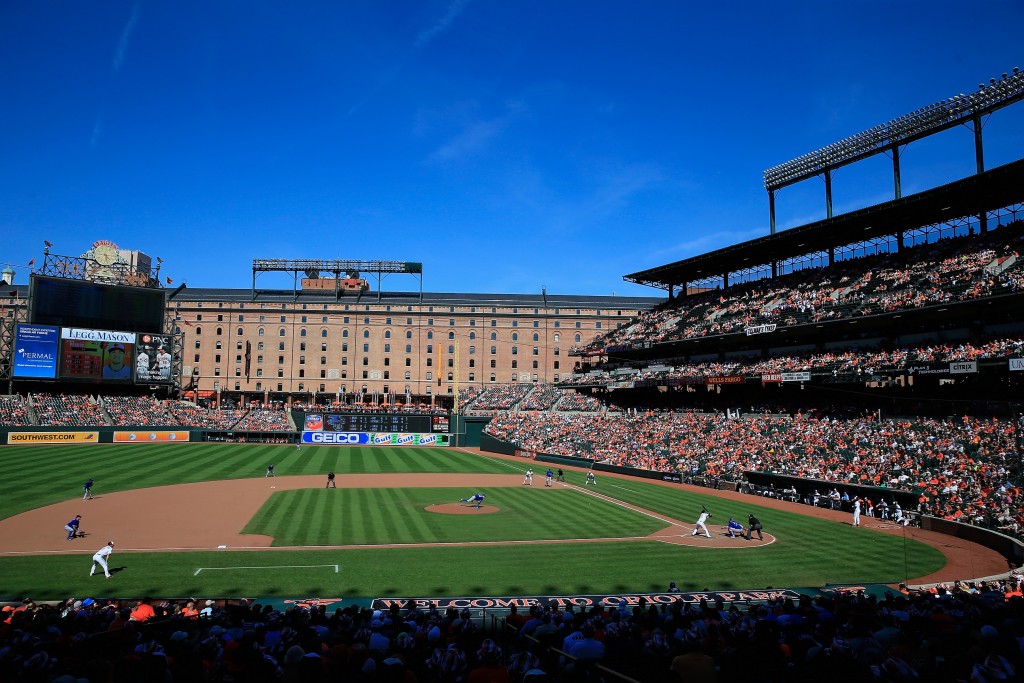 How do you have outdoor games in historic, pretty baseball parks and not include the place that started the retro craze? Nationals Park is fine, but the Caps should come up the beltway and play in front of the warehouse and fill up Oriole Park (in red … for the only time ever, probably.) The New York Islanders with John Tavares provide enough star power for visitor fodder in this playoff rematch. 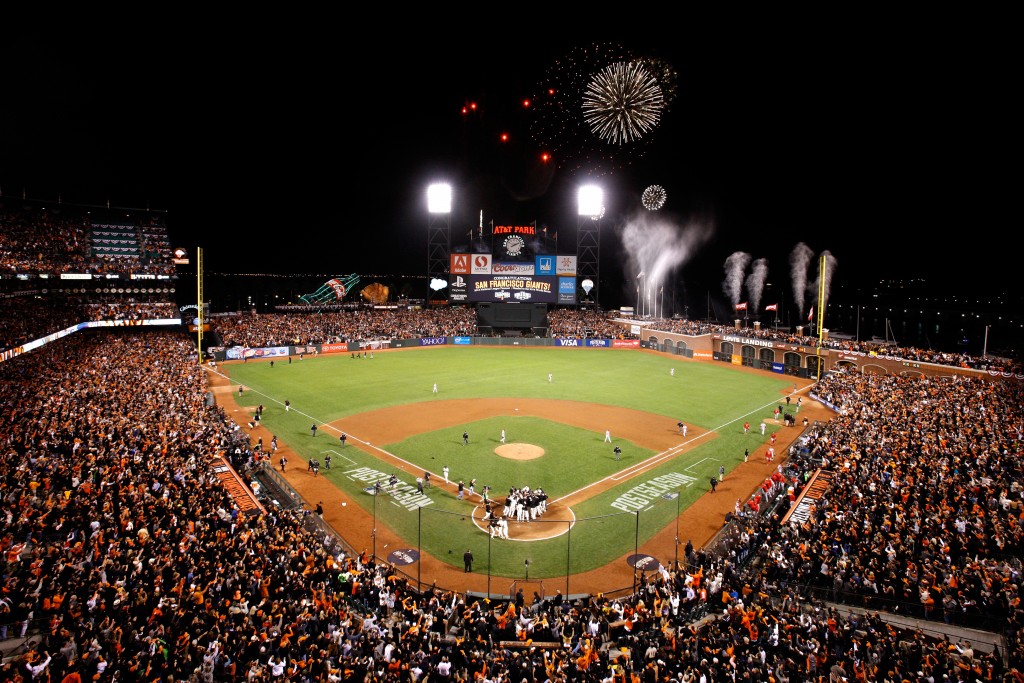 Same concept with AT&T Park, generally considered as the favorite road stop for baseball fans of all teams. The Coke bottle provides a nice backdrop as the Sharks host Patrick Roy and the Avalanche. Now if only ice technician Mike Craig can find a way to freeze over McCovey Cove for some pond hockey on the side … 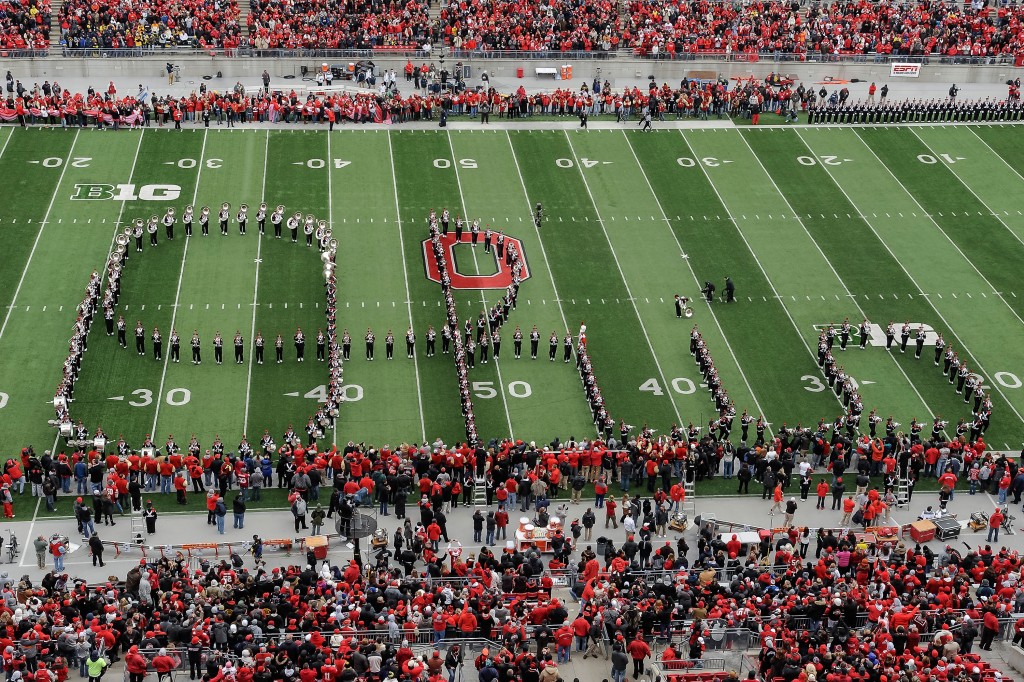 COLUMBUS, OH – NOVEMBER 24: The Ohio State Marching Band performs the Script Ohio before the game against the Michigan Wolverines at Ohio Stadium on November 24, 2012 in Columbus, Ohio. (Photo by Jamie Sabau/Getty Images)

Ann Arbor hosted its Winter Classic. It’s time to be fair to Buckeye fans and host the jewel at the other side of the rivalry … if for no other reason to advance the momentum of a growing hockey town. Ohio State is relatively new as a Division I school and has helped Columbus to gain momentum as a college hockey town. A Winter Classic in Columbus would continue that momentum. The Blue Jackets as a sleeping giant will cement their rivalry with Detroit in this game. 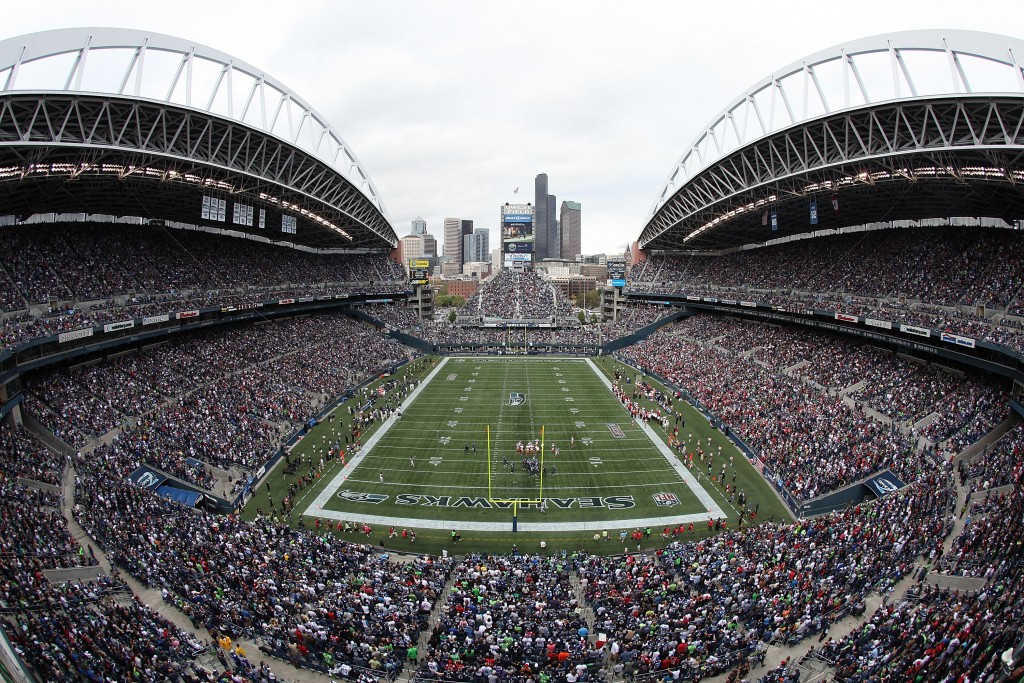 SEATTLE – SEPTEMBER 12: A general view of the stadium during the NFL season opener between the Seattle Seahawks and the San Francisco 49ers at Qwest Field on September 12, 2010 in Seattle, Washington. The Seahawks defeated the 49ers 31-6. (Photo by Otto Greule Jr/Getty Images)

A Canadian team hosting a game in the lower 50? It’s perfect. Seattle would get a chance to show it can draw hockey fans. And if there’s one thing NFL fans know is that this place holds in the noise. You get rabid Canuck fans jumping across the border and San Jose fans (who know how to make a little noise themselves) making the short trip up to yell and scream in this place? We’re talking decibel records … shattered. 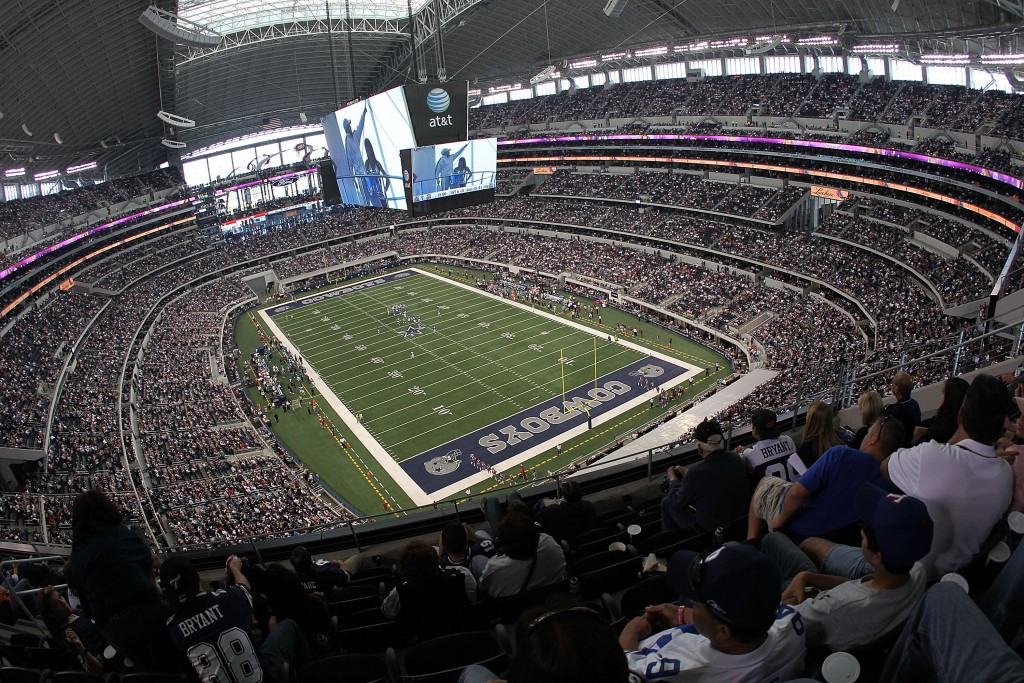 ARLINGTON, TX – OCTOBER 31: A general interior view of Cowboys Stadium as the Dallas Cowboys play against the Jacksonville Jaguars at Cowboys Stadium on October 31, 2010 in Arlington, Texas. (Photo by Ronald Martinez/Getty Images)

Jerry Jones’ tribute to excess has hosted just about everything else … why not a Stadium Series game? Dallas is another city that has seen hockey rinks pop up exponentially since the Stars came to town. Why not showcase this glitz once again? Chicago comes in to allay fears that the Stars wouldn’t be a draw. But they don’t have to be. This monstrosity would be the true star. 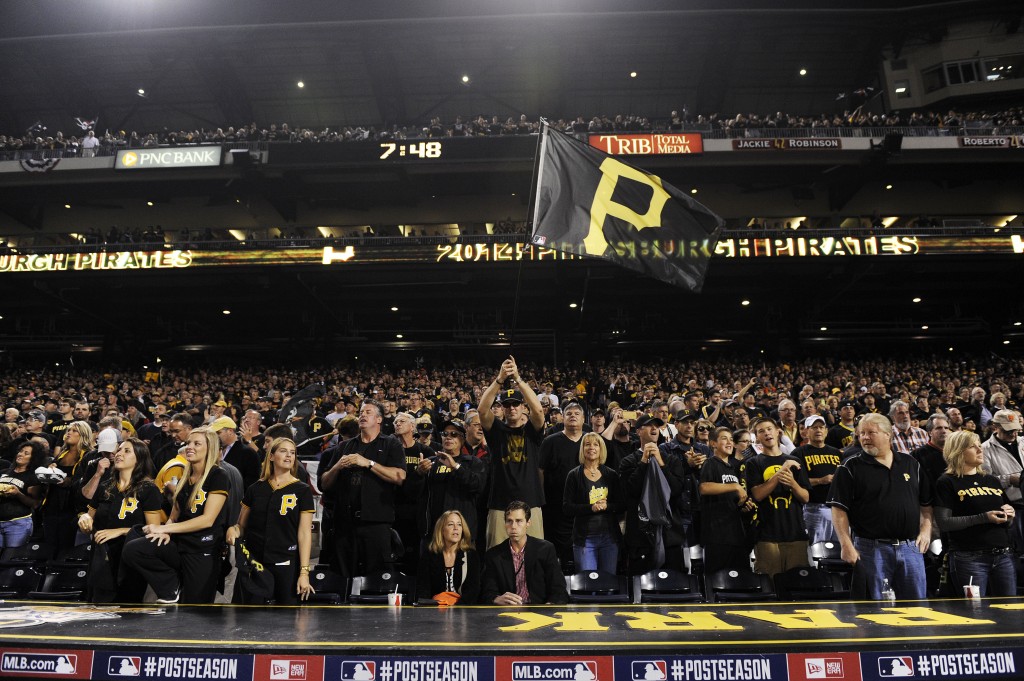 Heinz Field hosting a hockey game before PNC Park is a crime. This might be the most picturesque park in the majors, and the Roberto Clemente bridge in the background provides the perfect backdrop for a Winter Classic. Pirates fans that dress all in black and haunt Johnny Cueto would bring the perfect ambiance to this all-Pennsylvania blood brawl. 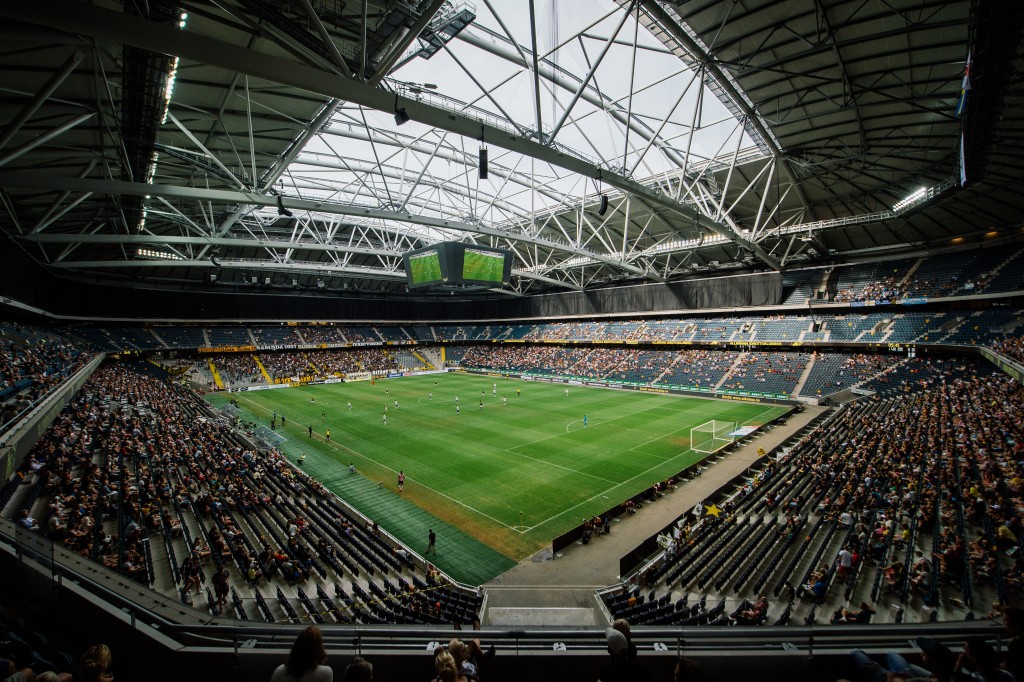 SOLNA, SWEDEN – AUGUST 10: A general view of the inside of the Friends Arena before the Swedish Allsvenskan League match between AIK and Gefle IF at the Friends Arena on August 10,2014 in Solna,Sweden. (Photo by Jonathan Nackstrand/EuroFootball/Getty Images)

Why limit ourselves? This 50,000 seat stadium would provide the perfect place for a homecoming for “The King” Henrik Lundqvist. I would have the Rangers hosting a game at Citi Field, home of the Mets, except for that pesky clause in the Rangers’ contract with New York that would end all financial breaks given to Madison Square Garden if the Rangers host a game elsewhere in New York. So … Sweden it is. 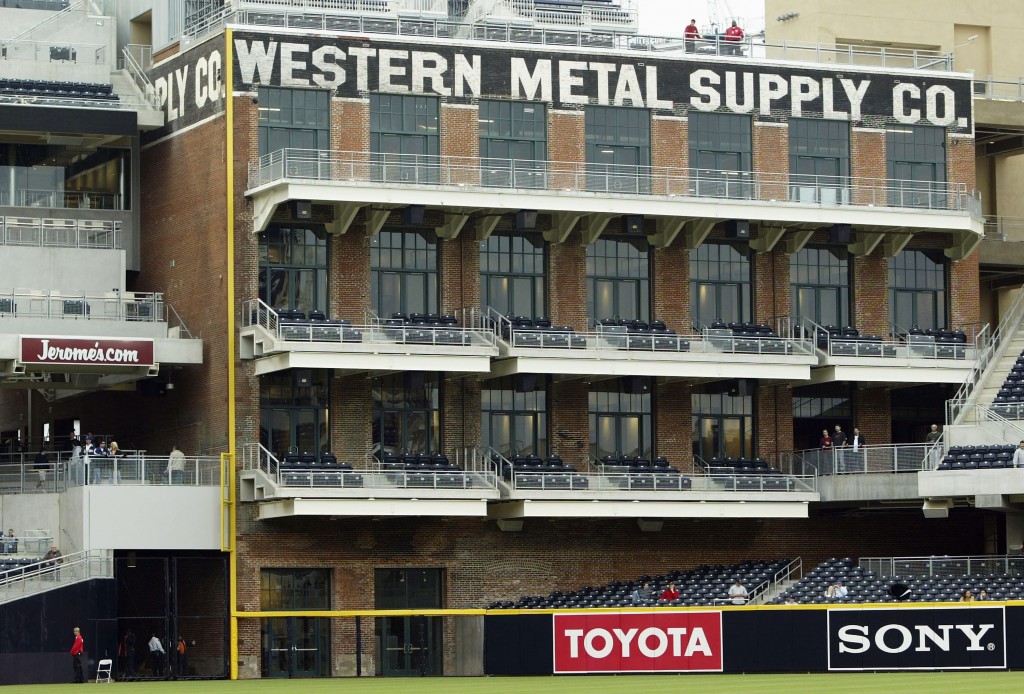 Look … I liked the game at Dodger Stadium, okay? Light snowfall provides romance and wonder. But it doesn’t hurt to shake it up every once in a while with a hockey game played in warm enough weather to have beach volleyball games on the side. Petco Park provides great scenery with the Western Metal Supply building in the background, and a wide open center field area that people can hang out beyond the stadium and watch the action. 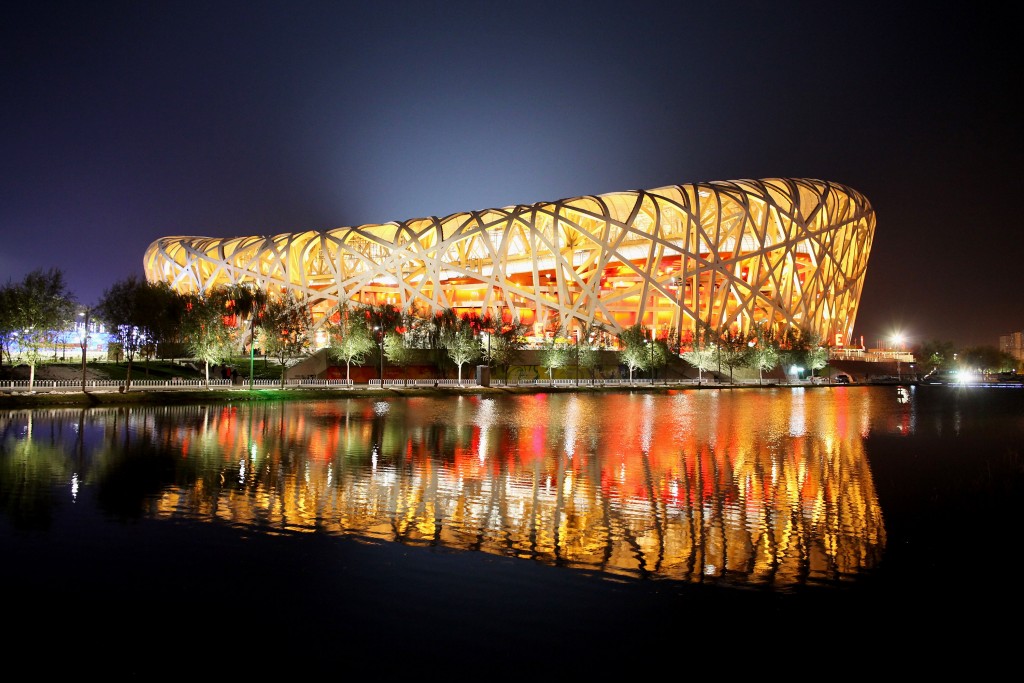 BEIJING – NOVEMBER 02: A general view of the Race of Champions Beijing 2009 at Beijing National Stadium on November 2, 2009 in Beijing, China. (Photo by Feng Li/Getty Images)

Aah, the Bird’s Nest. I’ve been waiting for you to come back into my life since the 2008 Olympics. And if you think hockey is an afterthought in China? Think again, because China wants in when it comes to big time hockey. So send the two biggest names in the sport to this growing hockey hotbed and watch as a new country falls in love with the highest levels of the sport and spends money on your product. Even a small fraction of the support that the country gives to the NBA would be a valuable asset to the NHL. 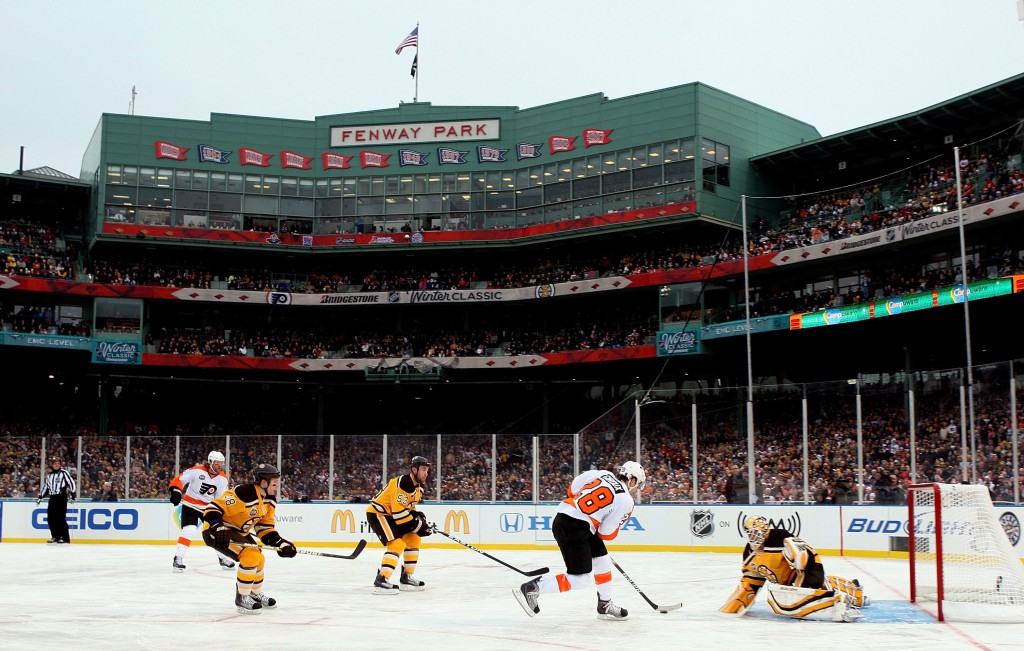 BOSTON, NY – JANUARY 01: Claude Giroux #28 of the Philadelphia Flyers is stopped on a breakaway by Tim Thomas #30 of the Boston Bruins during the 2010 Bridgestone Winter Classic at Fenway Park on January 1, 2010 in Boston, Massachusetts. (Photo by Jim McIsaac/Getty Images)

Wait, hasn’t the Winter Classic been there before? Why yes it has. And of all the cities that have hosted this event, the city of Boston made this the biggest spectacle as they turned it into a week long celebration of hockey in 2010. And then they turned it into a bi-annual spectacle with no less than six college hockey games in the span of a week. Some have suggested that Fenway hosts this thing every season. Sure, the B’s and Habs will play at Gillette Stadium in a few months, and bring in a few more fans. But for my money, Fenway Park is the only place in Boston that should be hosting this thing.