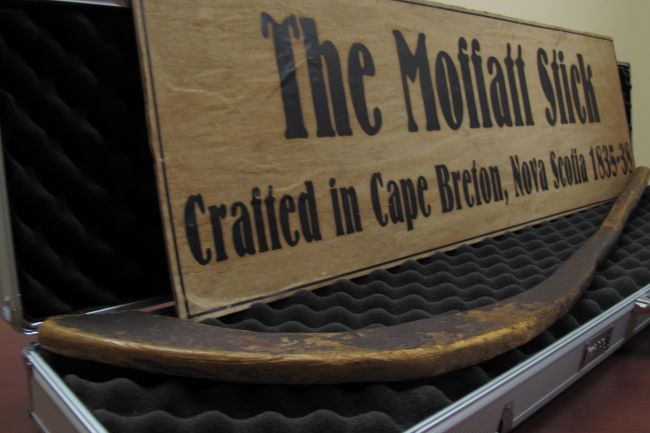 Want to own a piece of hockey history? If you do, you're going to have to pay a hefty price. The Moffatt Stick – also known as the World's Oldest Stick – is currently for sale on eBay. If you're looking to own an artifact which may very well be the oldest stick currently known to exist, you're going to have to beat the $50,000+ price tag the auction is sitting at as of the date of this article.

The stick is believed to have been crafted at some point between 1835 and 1838 in Nova Scotia. The stick was owned by the Moffatt family (hence the name) before being given to a local barber in the 1980's. From there, Mark Presley bought the stick in 2008 and he's the one currently conducting the eBay auction.

The reserve on this auction hasn't been hit, so it's clear it's going to take a seriously huge bid (one that exceeds $50,000) to claim a bit of hockey history. You'd also thing such a big auction would have a more impressive and clean listing on eBay, but we digress.