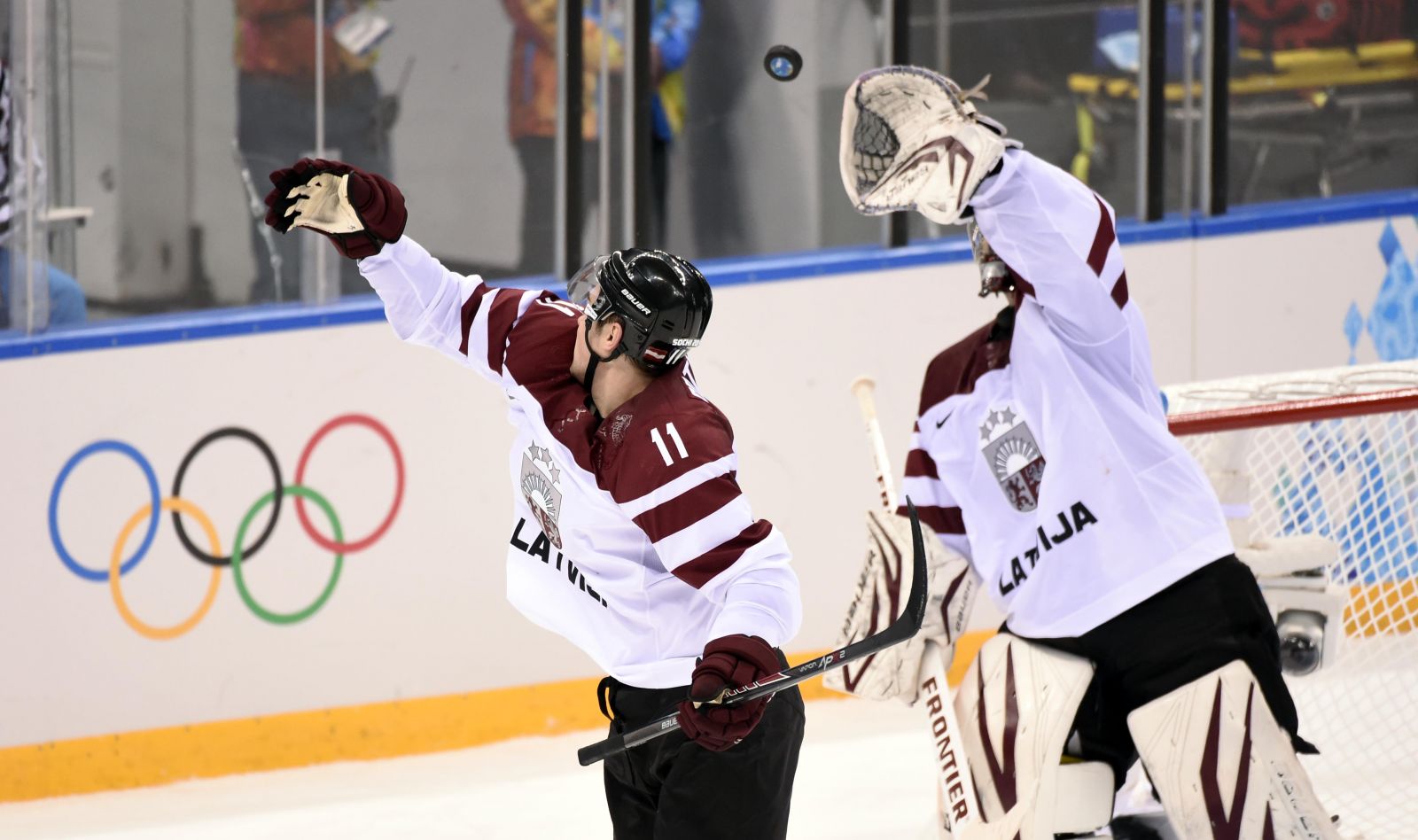 If we learned anything in the first day of the men's hockey tournament, it's that this tournament is going to come down to two things:

1. How teams react to playing on International ice.

The Czech-Sweden game saw the Swedes NHL talent take full advantage of the large ice and jump out to a 4-0 lead. The Czech's fought back with two quick strikes, but it was too little too late and they lost 4-1.

Latvia-Switzerland wasn't a shootout, but that doesn't mean it wasn't well played. Jonas Hiller was a breakout star in 2010, and he picked up where he left off. Hiller got the win and shutout. Poor Latvia. They held the Swiss in check only to lose with 7.9 seconds left.

With that, here are the pictures that told the story of Day 1. 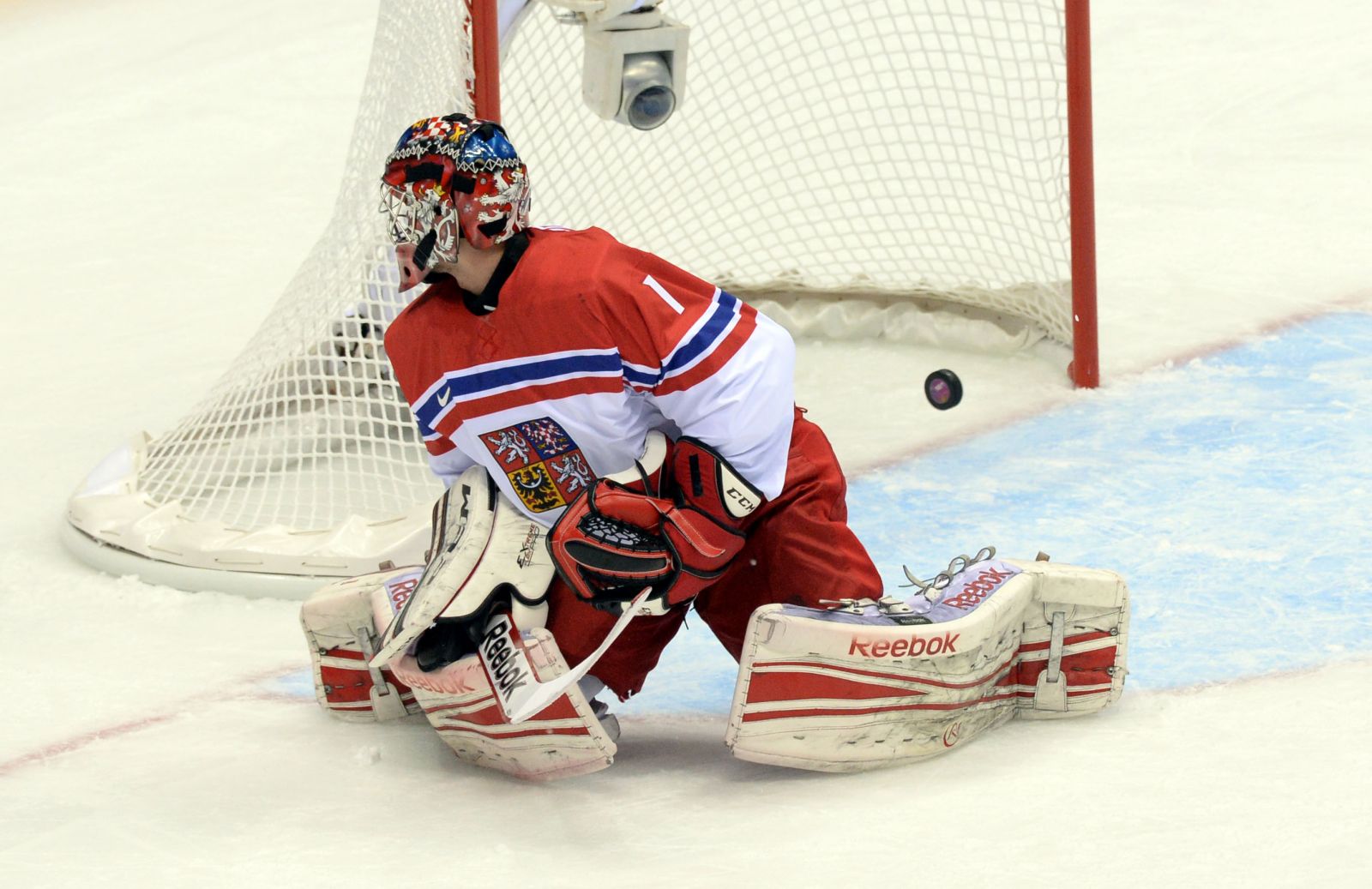 Czech goalie Jakub Kovar was a disaster. He gave up three goals on 10 shots. 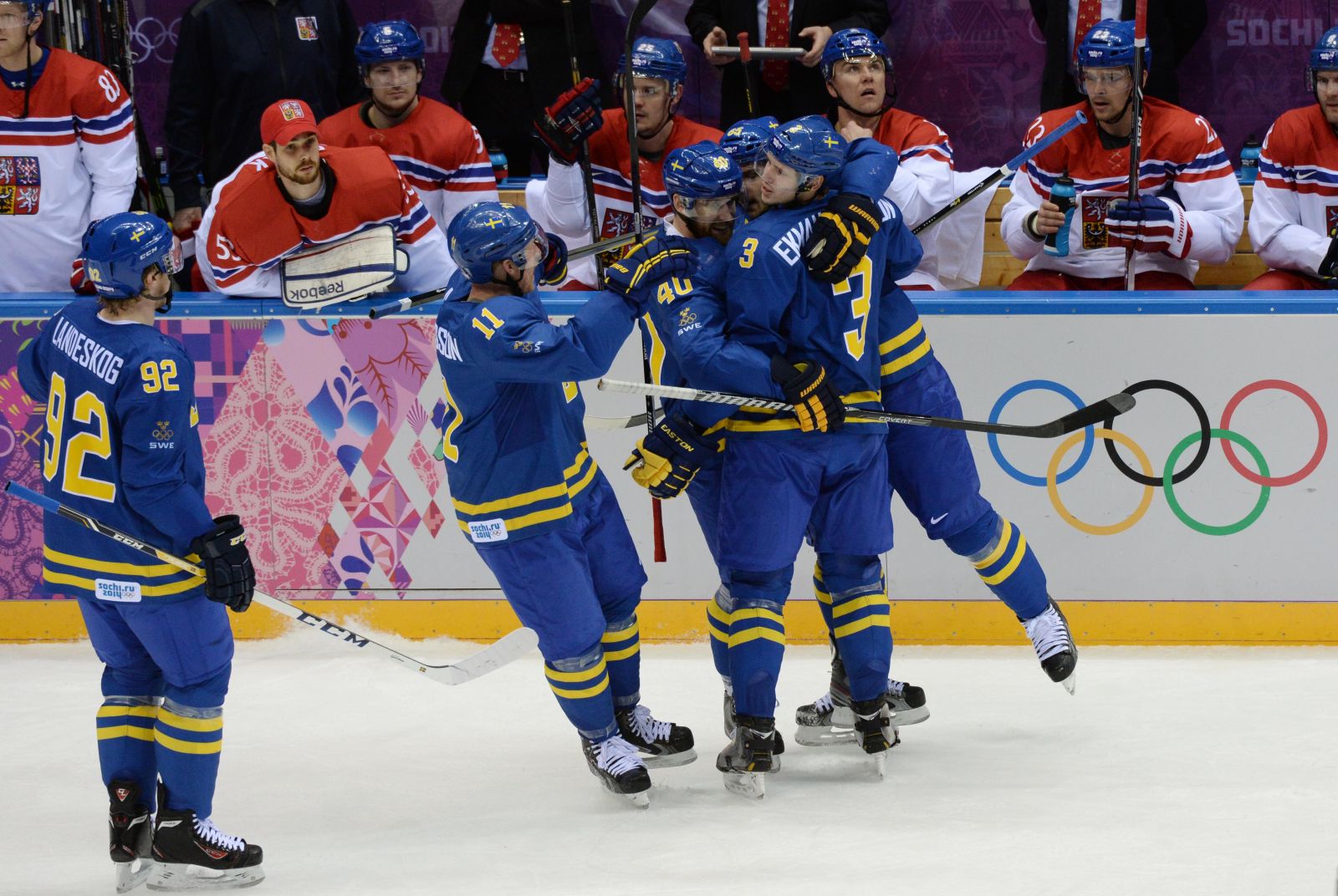 Sweden blitzed the Czechs in the opening moments and jumped out to a 4-0 lead. 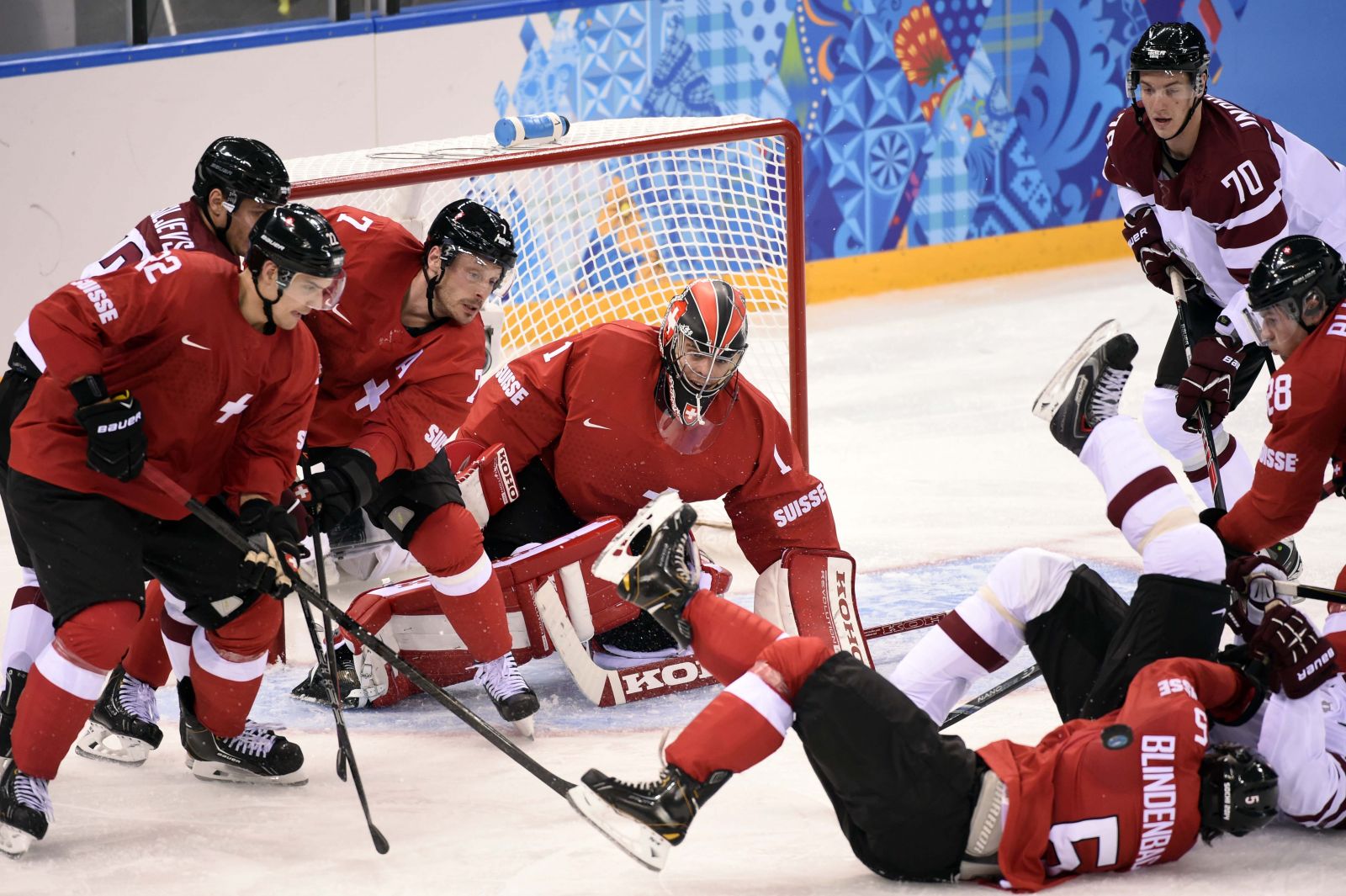 The Swiss uniforms are basically the most plain uniforms in the tournament.

The agony of defeat for Latvia. A puck hit defenseman Georgijs Pujacs and beat goalie Edgars Masalskis with only 7.9 seconds left.