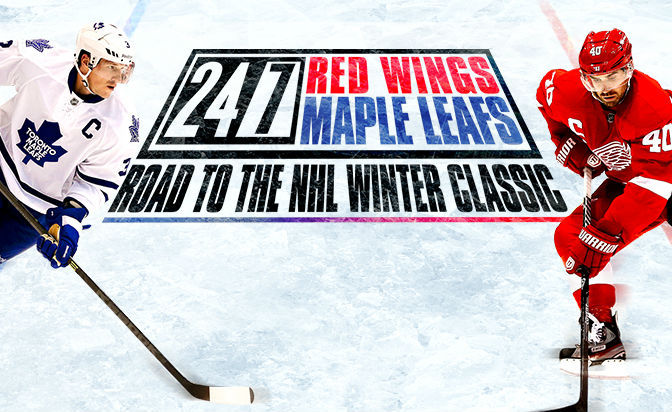 As Steve Lepore noted last week, for some people 24/7 has jumped the shark for various reasons.  But in its third installment, the show finished just as strong as all the others. While it does seem some of the segments are tiresome, the access we get still brings us back.

It is why Hard Knocks for example, is still so popular, and it is why 24/7 will keep going. Hockey is still regarded as a second-rate sport in the US that is why 24/7 hasn't blown the roof off in terms of ratings. But for the hardcore faction 24/7 provides us the drug of what we need. F Bombs, chirp sessions, and looks into various players lives will never get old.

Episode four was the second best of the series, with episode 2 being the best. Amongst the best moments:

– Phil Kessel face-time. Kessel got some attention in this episode. One of the bigger mistakes of 24/7 was not showing us more. Kessel is one of the few superstars on either team. In this episode we got to see another ping-pong match between him an Phaneuf, and we got a look at Kessel's sick pad:

–  Toughness. As we know hockey players are tough. We got two great looks at that from this one. Dan Cleary lost seven teeth and came back to play like it was nothing, and David Clarkson got 18 stitches in his elbow, and of course came right back.

– Game action. The Winter Classic game action in the final segment was really well done. You could feel the tension in third period build as the teams fought for the win.

– The business side. Two great looks here as well. We saw Dion Phaneuf meet the Leafs brass and sign his contract extension ( 7 years 49 -million) and then after signing go back to his hotel and get embraced by his actress wife, Elisha Cubert. We also saw John-Michael Liles get traded after warm-ups of the Winter Classic, which is as stroud as a business move as you can imagine.

Lets look at some winners and losers of the series

Babcock came across as an excellent coach in the series and you can see why he'll never go without a job. He has a positive, straight forward approach to coaching. Really cool to see what a good coach like Babcock does to motivate his players.

The first 24/7 featured Crosby and A.O. Then we got Ilya Bryzgalov. This 24/7 didn't have anything like to draw on. Dion Phaneuf had the charisma of a plant and we didn't get too much of Phil Kessel. On the wings side, we were kind of let down by no real look at Pavel Datsyuk or Henrik Zetterberg.

After getting called a joke by Crosby, and not knowing what complacency means, Kadri came off looking like the dumbest player in 24/7.

This ending narrative by Schreiber again nails it. His voice is smooth and reflective. You almost want to hire him to narrate your funeral if at all possible:

In the best chirp session of the series, Miller got served by the Isles Matt Martin…

This 24/7 will rank behind the two previous installments only because it didn't have that over-reaching personality or that one moment, but it still was done very well done and the story well told.

Where do we go from here?

Next year it appears we will see the Capitals again, although nothing is confirmed. We like to see 24/7 tackle the NHL playoffs at some point. It is a shame they can't feature the Olympic games. We've already seen teams begin to make their own spin-offs of 24/7, so the idea is being dulled a little bit. But for an unfiltered, un-bias look HBO will always win out.