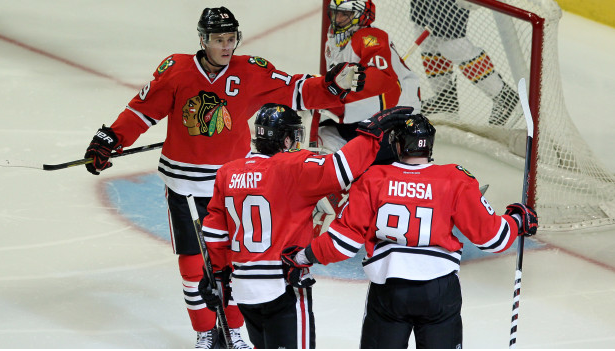 This week I’m going to take a look at some of the biggest point producing lines in the NHL this season.  The point totals are the combined total of all three players while on the ice together at even strength.  In order of total points:

No surprise that the defending cup champion Blackhawks have the top line in hockey.  Flanking Toews, Sharp and Hossa are the ideal wingers for any center.  Sharp has been especially good with 25 goals.

Lucic and Krejci had Nathan Horton with them the last few seasons. Horton left via free agency, and Jarome Iginla came in to take his spot.  They have been a dominant line, especially of late, and are always the most important line for the Bruins. 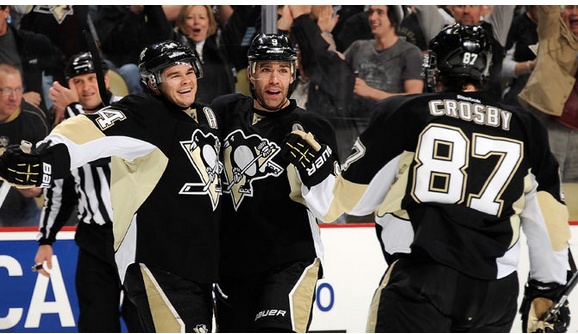 One of the hardest forechecking lines in the league, they have at times been unstoppable.  Unfortunately, the Penguins lost Pascal Dupuis for the season with an ACL tear.  It’s hard to say if anyone can fit in the way Dupuis did. 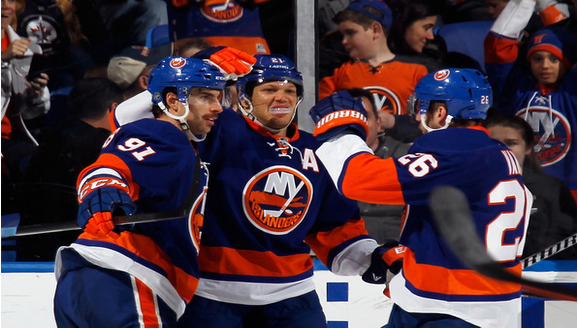 After acquiring Vanek from the Sabres for Matt Moulson early in the season, Vanek got injured.  When he returned to the lineup, this line was able to develop and become one of the top lines in the league.  This line is a perfect mix of scoring, play-making, and grit. 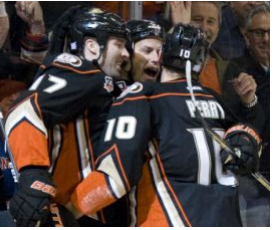 I’m sure this line has benefited early from the desire of Getzlaf and Perry to be on Team Canada.  Penner has been a major surprise, considering the Ducks picked him up for cheap during free agency.  Getzlaf and Perry have not been at their best together at the same time during the last few season but this year has been different. 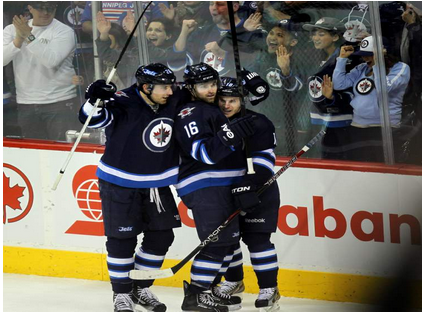 Probably the most surprising line on the list.  And yes I do say that because they play for Winnipeg.  Little has always had a ton of potential and Wheeler is just a tough player to play against.  Andrew Ladd is a guy who does a ton of work that goes unnoticed. 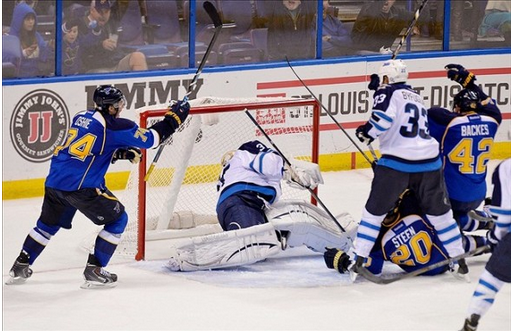 Steen’s goal scoring has been well documented this year, but the other two guys on this line have flown under the radar.  Backes and Oshie will be on a line together in the Olympics thanks to how well they’ve played together this season. 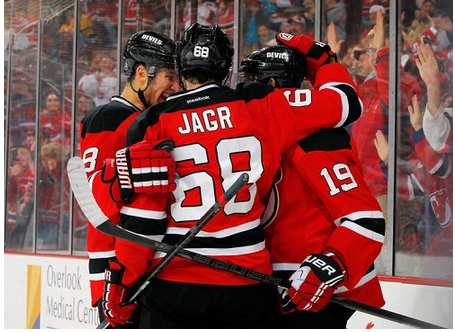 This line features two players who were in the prime of the career 15 years ago .  Zubrus is a pain for opposing players, while Jaromir Jagr is 41 years old and can still play at a ridiculously high level.  Zajac has always been underrated.  It’s impressive that the Devils still have one of the better lines in the game even after losing players like Kovalchuk and Parise. 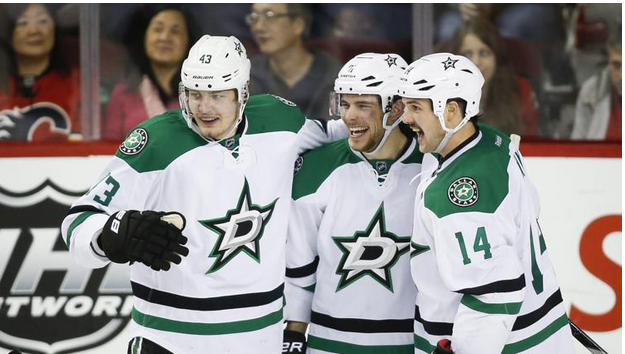 One of the youngest lines on the list, they are fun to watch.  Nichushkin could be a candidate for rookie of the year and Seguin has been outstanding after getting traded this summer.  GM Jim Nill made all the right moves to get Benn the linemates he needed.

Brent Burns moved up to forward last season with Sharks and has continued to be good fit with Jumbo Joe.  Hertl, a rookie, has been a perfect fit for the line but he suffered a knee injury that will keep him out for awhile.  The Sharks have enough depth to fill the void of Hertl but he added a dynamic that the Sharks were in need of.