I always assumed that the NHL was part of the United States' "Big Four" leagues and sports. Fourth behind Major League Baseball, the National Football League, and the National Basketball Association, of course – but part of the country's top sports nonetheless.

Enter ESPN. Confused about what hockey is, and a broadcaster of every sport but that one, the Worldwide Leader needed to double check things. As their SportsNation poll from Saturday night asks, which is the fourth sport? 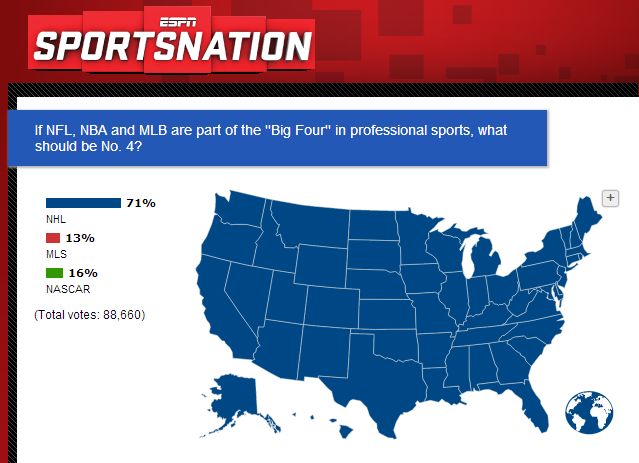 Wow, gee, hockey kind of took that one, didn't it? So, really, ESPN, you might want to look into covering the sport a little more.

S/t to Wayne in AL