At what point during a players development do you know it isn't going right? We'd say, right around the time a player starts writing posts on Facebook about it.

The Sabres and the development of Mikhail Grigorenko took a massive step backwards after Grigorenko refused to go back to his junior team for the second straight year. But that wasn't it. Grigorenko also took to Facebook: 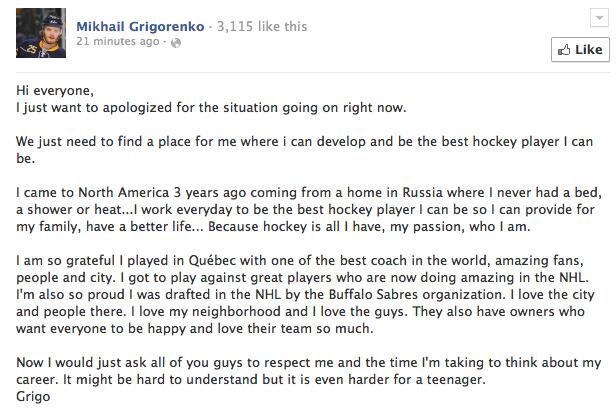 No word yet from the Sabres, but as a team in desperate need of stability, this isn't a good start.