This is an odd one. After Daniel Briere scored to make it a 1-1 game against the Washington Capitals, the CSN broadcast displayed an interesting graphic. Usually these tend to mention how many goals the player has scored so far that season or something along those lines. Instead, CSN chose to display when Briere last scored four goals in a game.

Spoiler alert: He hasn’t scored four times in one game, which left us with this bizarre statistic: 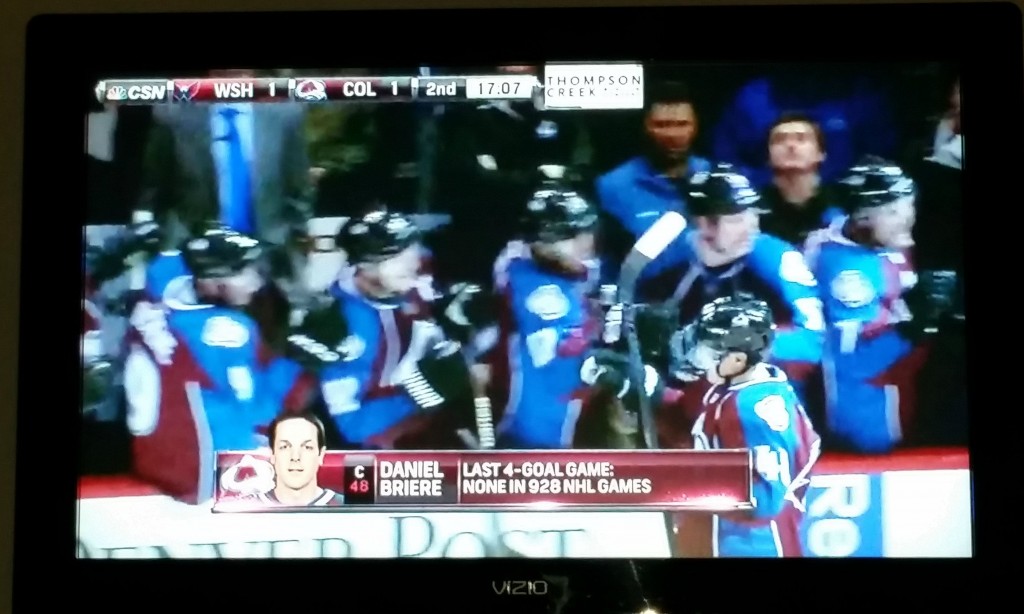 So what you’re telling us is Briere has never scored four times in a game over the course of his 928-game career. How is this relevant in his 929th game? Why are they showing this in a 1-1 game in which Briere has one goal to his name and not two or even three? In the age of advanced statistics, this is even more puzzling. The broadcast had a ton of things they could of displayed here, but they elected to go the four-goal game route.

It’s almost as if a child was running these stats. “Oh, you scored a goal? Well, when did you last score four in a game? Never? Too bad.”