The Metropolitan Division is an interesting one. The Penguins are one of the most formidable teams in the league while the bottom half of the Metro, including the Washington Capitals, all have something to prove.

Here are five stories you should be following in the Metro in 2014-15.

Mario Lemieux and Ron Burkle began a massive overhaul to the Penguins front office and coaching staff after a disappointing, but not surprising, second round loss to the Rangers.  Ray Shero and Dan Bylsma are gone. New GM Jim Rutherford and Head Coach Mike Johnston now begin a new era for the Penguins.  The message from the owners was the Penguins needed to be grittier and add character to the lineup.  James Neal was traded to Nashville at the draft for Patric Hornqvist and Nick Spaling, a move addressing both grit and character.  Blake Comeau, Steve Downie, and Daniel Carcillo(tryout) were signed to help in the bottom six.  Brooks Orpik and Matt Niskanen left for Washington and Christian Ehrhoff was signed for a bargain(1 year, $4 million) to help replace the loss.  Goalie Tomas Greiss was also brought in to challenge backup Jeff Zatkoff.

Combine all the roster moves and a new coaching staff and it looks like a completely new team in Pittsburgh. 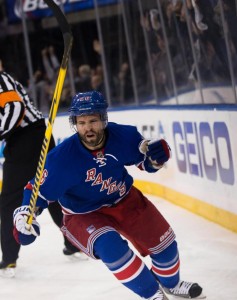 2. Can the Rangers get back to the Cup?

After a surprise run to the cup last season, the Rangers will have a much tougher time getting back.  Derek Stepan fractured his fibula early in training camp and is going to miss some time.  Anton Stralman, Brian Boyle, and Benoit Pouliot, all important pieces to the cup run, are gone after cashing in during free agency.  Brad Richards was bought out, a no brainer for the Rangers.  Veteran defenseman Dan Boyle was signed to replace Stralman’s minutes and help the power play.  They also signed Lee Stempniak, Tanner Glass, and Matthew Lombardi to replace some of the missing depth.  Ryan Malone, who was recently arrested on DUI/cocaine charges was also brought in on a tryout.

This doesn’t look like the same team that went to the cup.  The depth the Rangers had last year on all four forward lines was a major reason for their success.  They’ll need some younger players or the new signings to have an impact in order to get back to where they want to go. 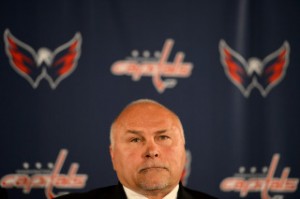 This will be the most talked about player/coach relationship in the NHL.  Trotz, who was the only coach Nashville ever knew, is going to a far more offensive team in the Capitals.  He has never had the talent that he has now.  Ovechkin has been struggling to find consistency in his game the last few seasons and his defensive play has been a running joke.  Trotz will try his best to address both issues.  Can he convince Ovechkin that he can’t just float around in the defensive zone?  If Ovechkin can’t figure it out under Trotz, who is one of the more respected coaches in the game, he might be doomed. 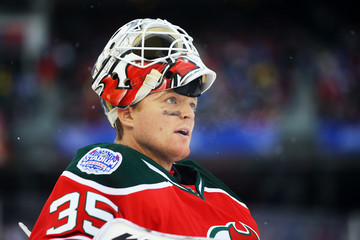 4. Cory Schneider takes over for the Devils

After splitting games and outplaying Martin Brodeur last season, Schneider finally gets his shot at being the starting goalie in New Jersey.  He received a 7 year, $42 million contract in the offseason.  Martin Brodeur is still looking for work and doesn’t appear to be headed back to Jersey anytime soon so the time is now for Schneider to take control of the Devils.  He posted a solid .921 SV% and a 1.97 GAA in 45 appearances last season.  If the Devils could score in a shootout, they might have made the playoffs. 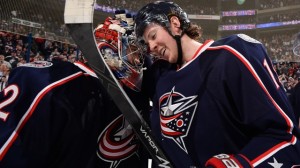 The Ryan Johansen holdout drama reached another level after Columbus Team President John Davidson accused Johansen and his agent of extortion last week.  Johansen is looking for a lot of money and the Blue Jackets are looking to sign him to a reasonable contract given that Johansen has only had one really good season.  He’ll continue to sit out until a deal gets done, and at this point, who knows when that happens.  Things seemed to have gotten personal between both parties.  Add in Nathan Horton potentially missing more time with back issues and there is a lot of uncertainty heading into the season for Columbus.  This could be a team that could challenge for the division if everything gets resolved.