The 2013 NHL trade deadline is officially in the books. While we all expected trades to be rather hard to come by due to the shortened season and the crowded playoff picture, we were treated to a wealth of activity not only in the days leading up to the deadline but on deadline day itself.

The dust is still settling on many transactions, but it's never too early to try and assess which teams won and lost the 2013 deadline.

Keep in mind that in numerous cases it's pretty difficult to assign a clear winner. Some teams helped themselves right now while others tried to build for the future. Still, though it may take years before we can truly analyze some of these trades which involved prospects or future draft picks, we can make an immediate assessment based on our gut instinct on how we think things will pan out. 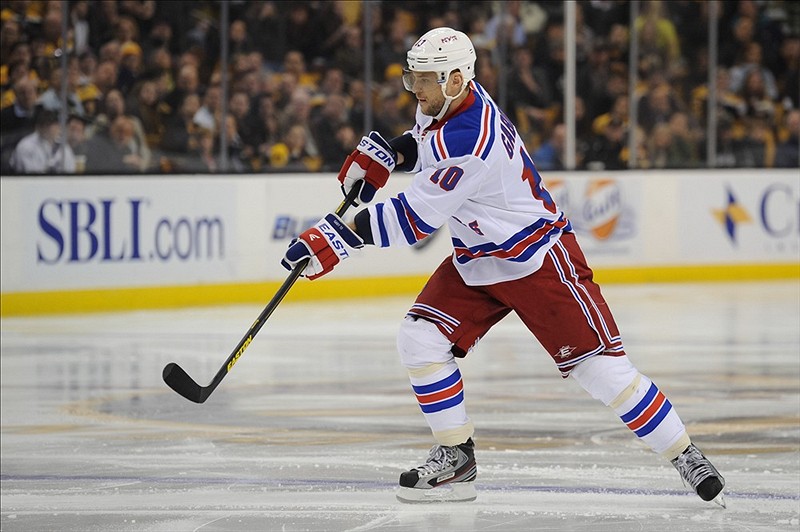 You really shouldn't be surprised that we're leading off the winners section with the Columbus Blue Jackets. The Blue Jackets shockingly acquired Marian Gaborik from the New York Rangers in exchange for Derick Brassard, Derek Dorsett, John Moore and a sixth-round pick in 2013. Columbus paid a hefty price to land their new offensive weapon, but when you step back and consider what the Blue Jackets acquired when they sent Rick Nash to New York things suddenly don't look too bad.

So, to review: #CBJ send Nash, Brassard, Dorsett, Moore and a 6th rd pick to #NYR for Gaborik, Anisimov, Dubinsky, Erixon and a 1st rd pick.

Not bad, right? Perhaps more importantly, Columbus signaled their intent to win in 2013, much to the delight of their fans which have suffered through some truly dreadful times. 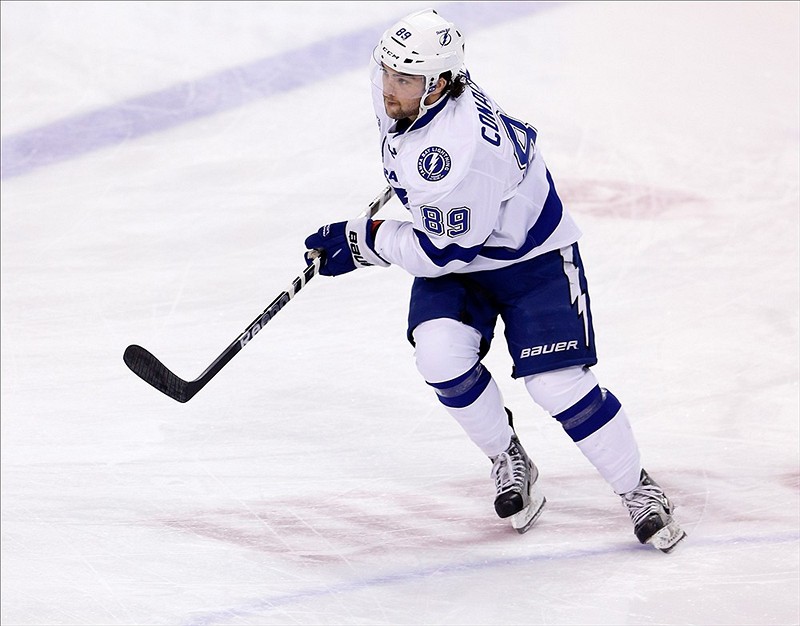 The Ottawa Senators acquired Ben Bishop from the St. Louis Blues prior to the 2012 trade deadline in exchange for a second-round pick. Skip forward a year and Bishop's been flipped to the Tampa Bay Lightning for a hefty return in Cory Conacher and a fourth-round pick in 2013.

Bishop was an expendable part for the Senators now that Craig Anderson is returning from an injury and Robin Lehner has proven he is more than capable of handling NHL time. It was assumed Bishop might fetch a handsome return, but did anyone expect him to bring in  the potential Calder trophy winner and a pick? Probably not. Conacher might have slowed since his tremendous start, but consider this an exciting move for Senators fans. 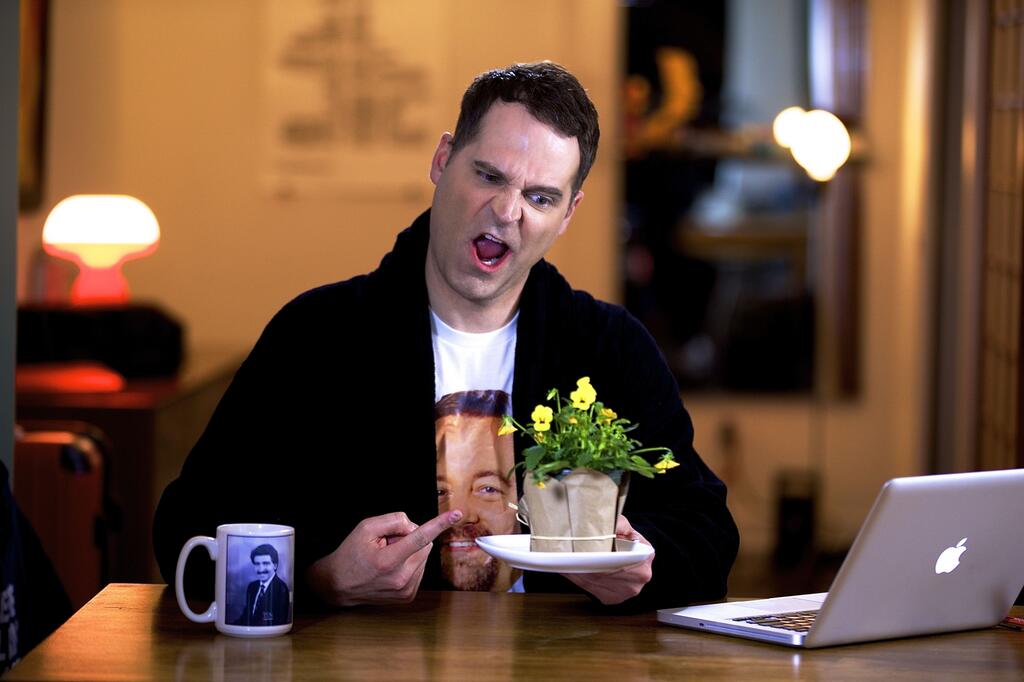 TSN SportsCentre anchor Jay Onrait might have been the only thing keeping hockey fans awake during the incredibly slow first several hours of deadline day. How slow was it? Onrait led a poll with viewers/readers to name the plant prop that was seen in shots with the anchor. Ultimately, Sergei Bobrovtree won out.

The plant was easily the highlight from the first four or five hours of deadline day coverage. Big thanks to Onrait for keeping what appeared to be a rather boring deadline entertaining. 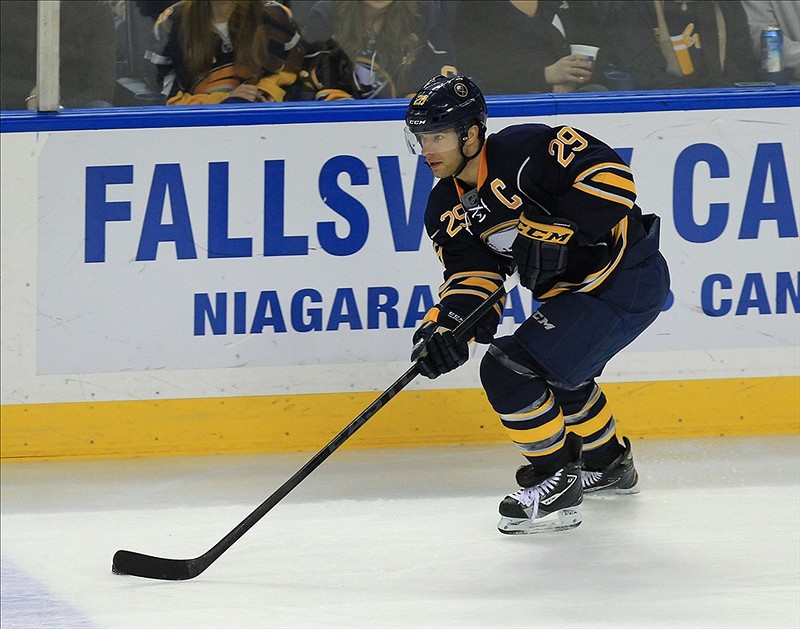 The Wild grabbed Jason Pominville at the deadline, but were forced to pay a rather steep price, giving up Johan Larsson, Matt Hackett, and a first-round pick in 2013. The two clubs also swapped picks in 2014 with the Wild giving Buffalo their second-round pick while receiving Buffalo's fourth-round pick.

Make no mistake – the Wild gave up quite a lot to bring in Pominville. Still, the Wild arguably had young talent to give up and instead bring in yet another impressive offensive weapon to their loaded roster. Pominville, the captain in Buffalo, also brings valuable experience and leadership, making Minnesota clear winners at the deadline. 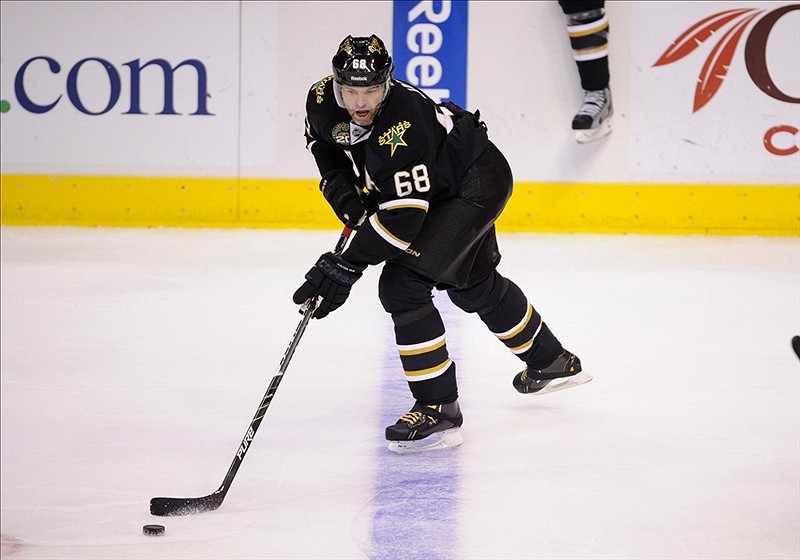 How can a club that lost out on major pieces to the Pittsburgh Penguins (Jarome Iginla, Brenden Morrow) be a winner at the deadline? Two words: Jaromir Jagr. It was unclear what it would take to remove Jagr from Dallas, but it turns out all it took was two prospects (Lane MacDermid and Cody Payne) and a conditional second-round pick.

The Bruins needed to bring in someone that can help them offensively, especially with the man advantage, and Jagr can do just that, as proven by his six goals and three assists on the power play. At 41, Jagr's price might seem a bit steep, but keep in mind that Boston had an issue to address and they were able to do so at a lower price than some of the other options out there (Iginla).

Boston also added Wade Redden from St. Louis for a late pick in a move that adds a bit more depth and experience to the blueline. 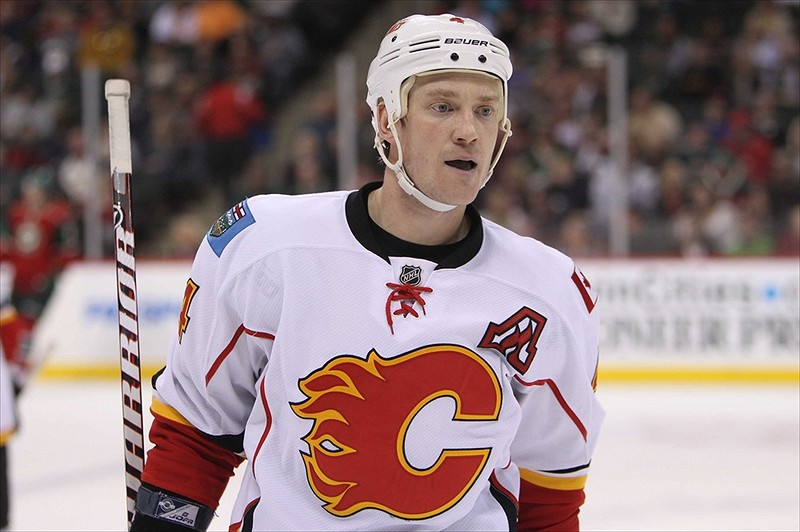 The Blues got most of their work done before deadline day. The club brought in defenseman Jordan Leopold from Buffalo in exchange for two picks and they surprisingly were able to secure Jay Bouwmeester from Calgary in exchange for two prospects (Mark Cundari and Reto Berra) and a conditional first-round pick in 2013.

The Blues addressed their needed for a boost in defense from the left side and they did it by bringing in a large contract – a rare sight in St. Louis. In terms of prospects lost, the Blues gave up two players that may never make an NHL roster – a price worth paying if it means bolstering a sputtering defensive unit.

The Wade Redden situation was also handled beautifully. The team signed him to an extremely inexpensive deal when they needed help on defense, he played his part well and then the team was able to find value in their spare part after they bolstered their defense. Textbook stuff. 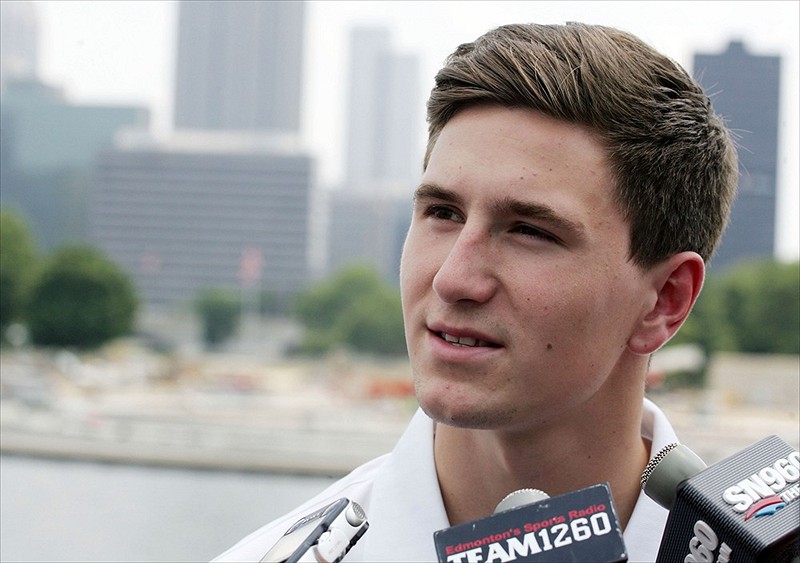 What do you do when a veteran on your roster wants out? Easy. Trade him and a minor-leaguer for one of the game's top prospect. If only it were that easy. As it turns out, it was for Nashville as they dealt the unhappy Martin Erat and Michael Latta to Washington for the highly-touted Filip Forsberg.

For Nashville, this is a win-win. Erat clashed with the coaching staff in Nashville and wanted to skate for a new team. Nashville's been struggling offensively (that's being kind) and lack offensive prospects as exciting as Forsberg.

Just how big of a win was this for Nashville? The jury is out, but plenty of Washington fans were demanding GM George McPhee lose his position because of this trade. That might be a bit of an overreaction. Let's wait and see if Erat pushed the Capitals towards their "win now" goal before we label this as a steal for the Predators. At the very least, this was a strong move by a struggling team. 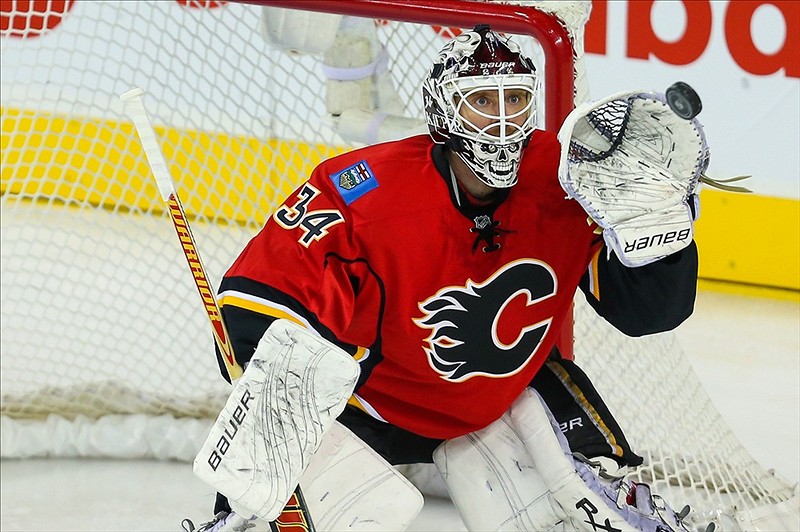 Sorry for piling on, Jay Feaster, but you sort of deserve it. Your task was to begin the rebuilding process in Calgary by wheeling and dealing your core players. Mission not quite accomplished.

Feaster was able to deal Jarome Iginla (Pittsburgh) and Jay Bouwmeester (St. Louis), but the returns weren't overwhelming. It's safe to say the Flames probably could have received more from Iginla had Iginla expanded his list of teams he'd be willing to go to. As for Bouwmeester, a first-round pick is a great way to start the rebuilding process but word is that the two prospects aren't very impressive.

That's where the rebuild stopped. It was nice of Calgary to listen to Miikka Kiprusoff's wishes to remain with the team, but one has to consider whether the Flames were too worried about the needs of one than they were about the needs of the team as a whole. 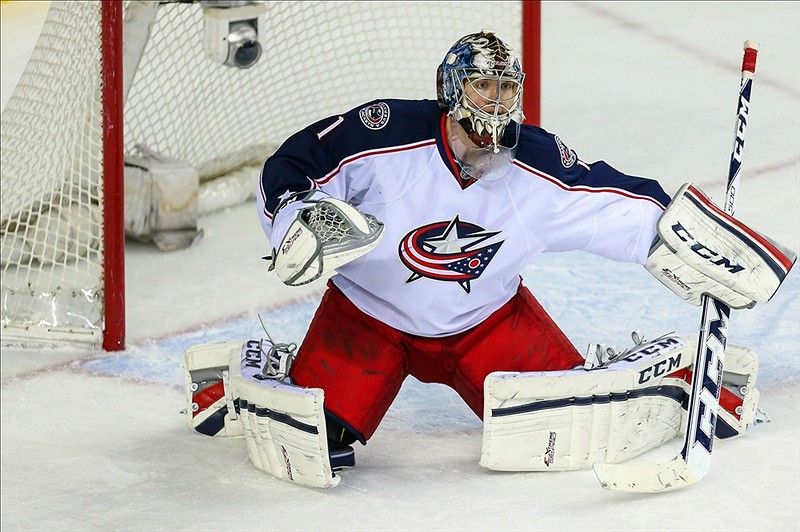 Goaltender Steve Mason has confidence issues. In fact, since his rookie year he is tied with Jonas Gustavsson for lowest save percentage with a minimum of 100 games played. The Columbus Blue Jackets ultimately decided to cut ties with Mason, shipping him off to the Philadelphia Flyers in exchange for goaltender Michael Leighton and a third-round pick in 2015.

What better place for Mason to recapture the success he enjoyed during his rookie season than in the City of Brotherly Love? Oh, right, that whole goaltenders struggling in Philadelphia thing.

You can also add in the Philadelphia Flyers to this section as Mason was their only "significant" trade before the deadline. The Flyers were able to acquire Mason because Sergei Bobrovsky, a goalie the Flyers traded to Columbus, has been thriving with the Blue Jackets. Salt in the wound. 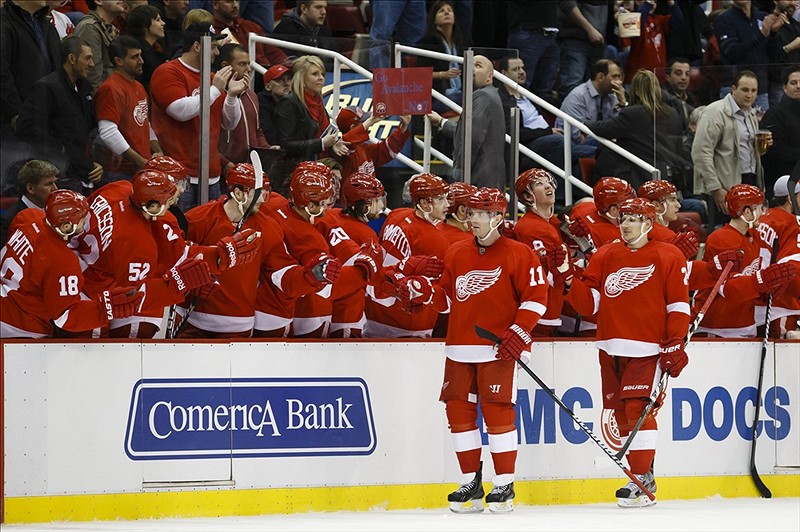 The Red Wings needed help at defense. So, what did they do to ease concerns at the back? They dealt Kent Huskins to the Philadelphia Flyers. Hold your applause.

The Red Wings were in a similar position as the St. Louis Blues and needed to go out and find some help on the blueline. While their Western Conference rival added two parts, Detroit subtracted one (Huskins) for a conditional pick in 2014. The Red Wings were in on Bouwmeester, but ultimately missed out. They were also linked to Jaromir Jagr, but missed out there too.

You can make the argument that Detroit was wise to avoid overpaying for a rental or a pricey defenseman, but it's safe to say they didn't do enough at the deadline. 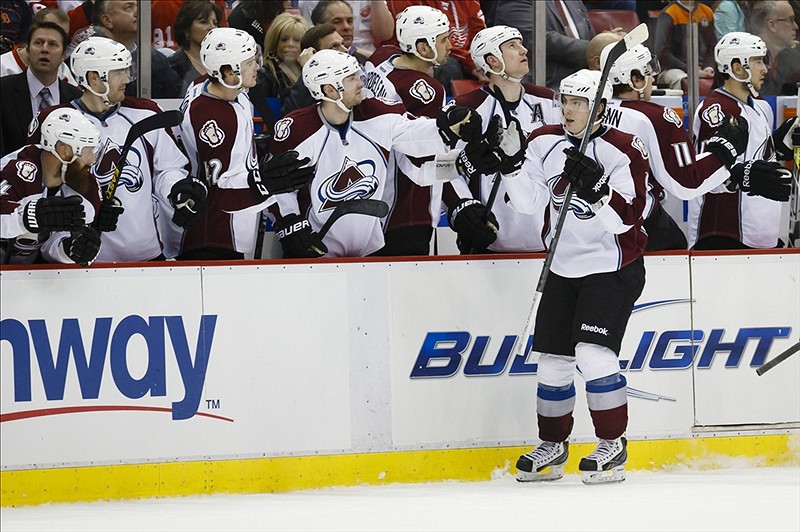 Is Colorado GM Greg Sherman in a competition with Calgary GM Jay Feaster for worst GM in the NHL? It's going to be a tight race, but Sherman may have the advantage after this year's deadline. At the very least, Feaster deserves some credit for at least trying to overhaul his roster while Sherman was content to sit mostly idle despite sitting in the basement of the Western Conference.

Sherman sent Ryan O'byrne to Toronto for a fourth-round pick in 2014 (decent value for the defenseman) and shipped Cameron Gaunce to Dallas for Tomas Vincour, a trade that was met with mixed reactions from Avalanche fans.

That's it. You'd expect a team that's in a fight for worst record in the league to be a bit more active in a year where true sellers were hard to come by. Instead, Sherman hung on to almost everyone, seemingly unaware that his team needs to be rebuilt. 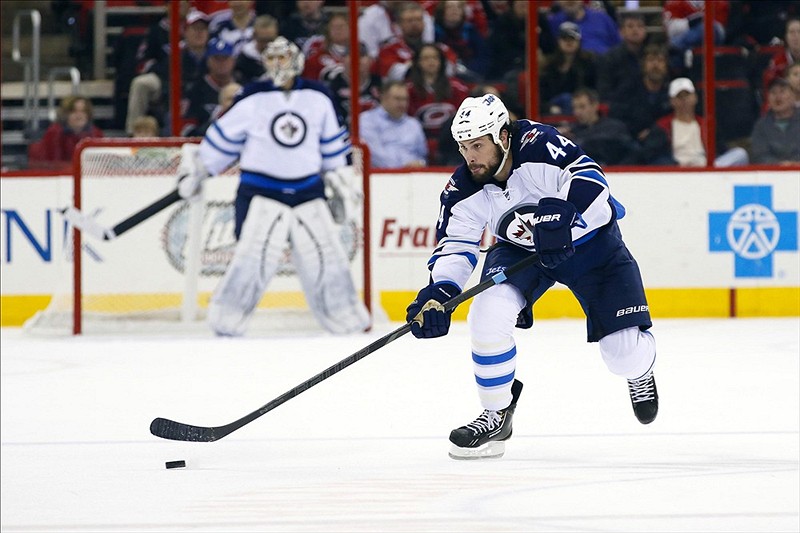 Do you hear that? The silence from Winnipeg on deadline day was deafening. The team claimed Mike Santorelli off of waivers, but this was hardly the move fans were hoping for. Perhaps they were close on a deal or two and things just didn't work out, but you have to imagine the Jets needed to add at least one piece if they hope to separate themselves from the crowded Southeast division.

It's hard to imagine whichever team wins the Southeast – whether it's Winnipeg, Washington or Carolina – will make a deep run in the playoffs due to their mostly subdued deadline.