Tampa Bay is quickly becoming the destination to take in a hockey game. Aside from the outstanding weather and the joy of watching Steven Stamkos skate in person, last year the team added giant Tesla coils that would produce real lightning inside the arena. The effect is awesome, as you can see in this video of the coils being used after the Lightning tallied a goal.

However, the Lightning didn't stop at producing real lightning. No, they went a step further – and bigger. The Lightning will now skate under an impressive feat of technology, specifically, a $5 million scoreboard that will change the way Lightning fans take in the game.

The team's new scoreboard will be the largest high-definition, center-hung video display in the NHL. Just how big is it? The two largest sides measure 28 feet high and an impressive 50 feet wide. To help you visualize just how big that is, the board will stretch from blueline to blueline. The smaller sides will feature screens measuring 28 feet high and 20 feet wide. The photo above is an artist's interpretation but you can see the real thing below.

You might be asking, how's the picture on a screen that large. We aren't positive as the true reviews won't come in until after hockey has officially resumed, but based on this picture it's quite lovely. 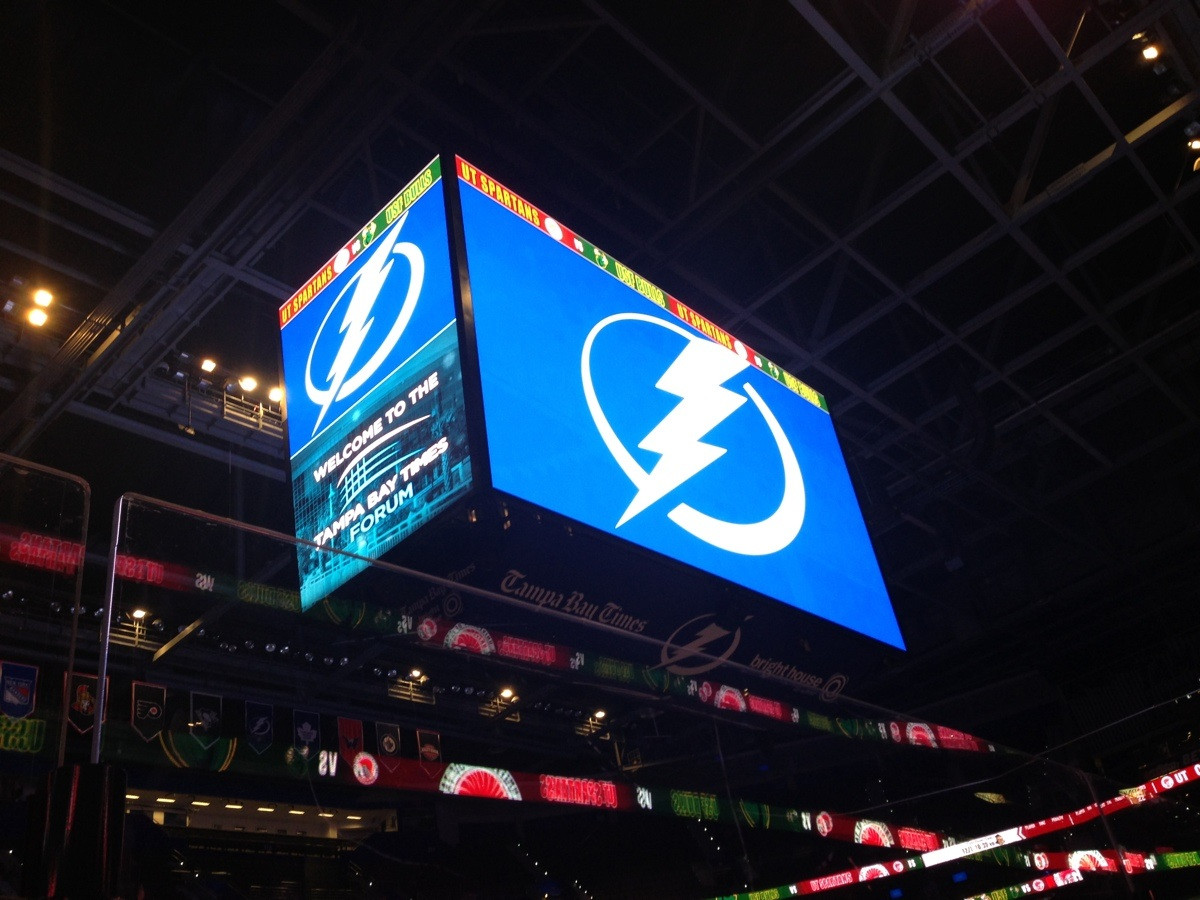 Kudos to all those involved in the front office in giving the Lightning some truly special and noteworthy features fans can be proud of.