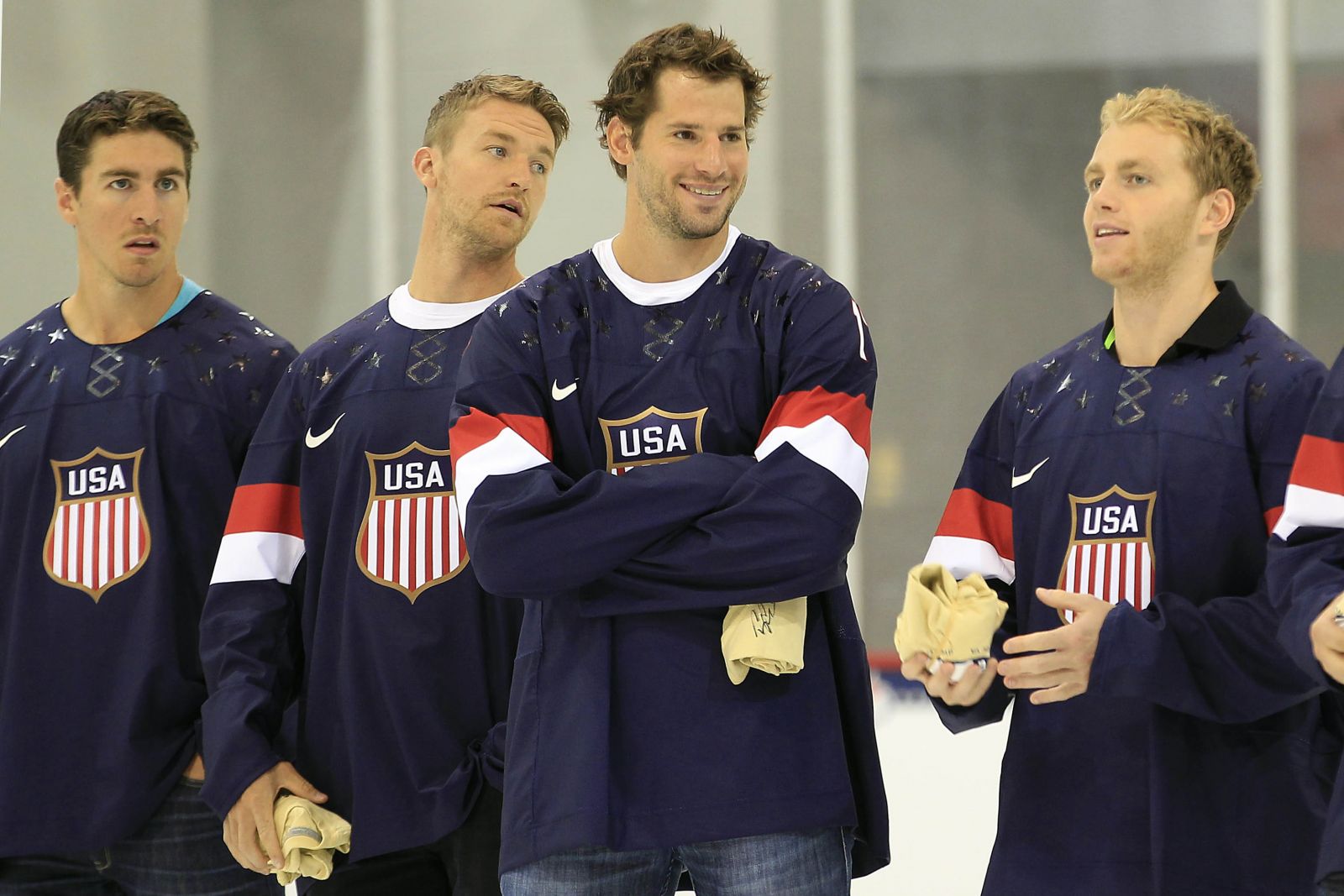 We’ve finally arrived at the third and final part of our attempt to project the Team USA roster for the Sochi Olympics. If you missed the previous two installments, Part One focused on goaltending while Part Two took a look at defense.

What’s good about this group of American forwards is the fact that they have experience playing in international competition. Many of these guys have Olympic or World Championship experience (and both in many cases), so playing on a large international stage is something that’s familiar to them and won’t be overwhelming come face-off.

So, without further ado, here are the thirteen forwards I think will represent the United States this winter: 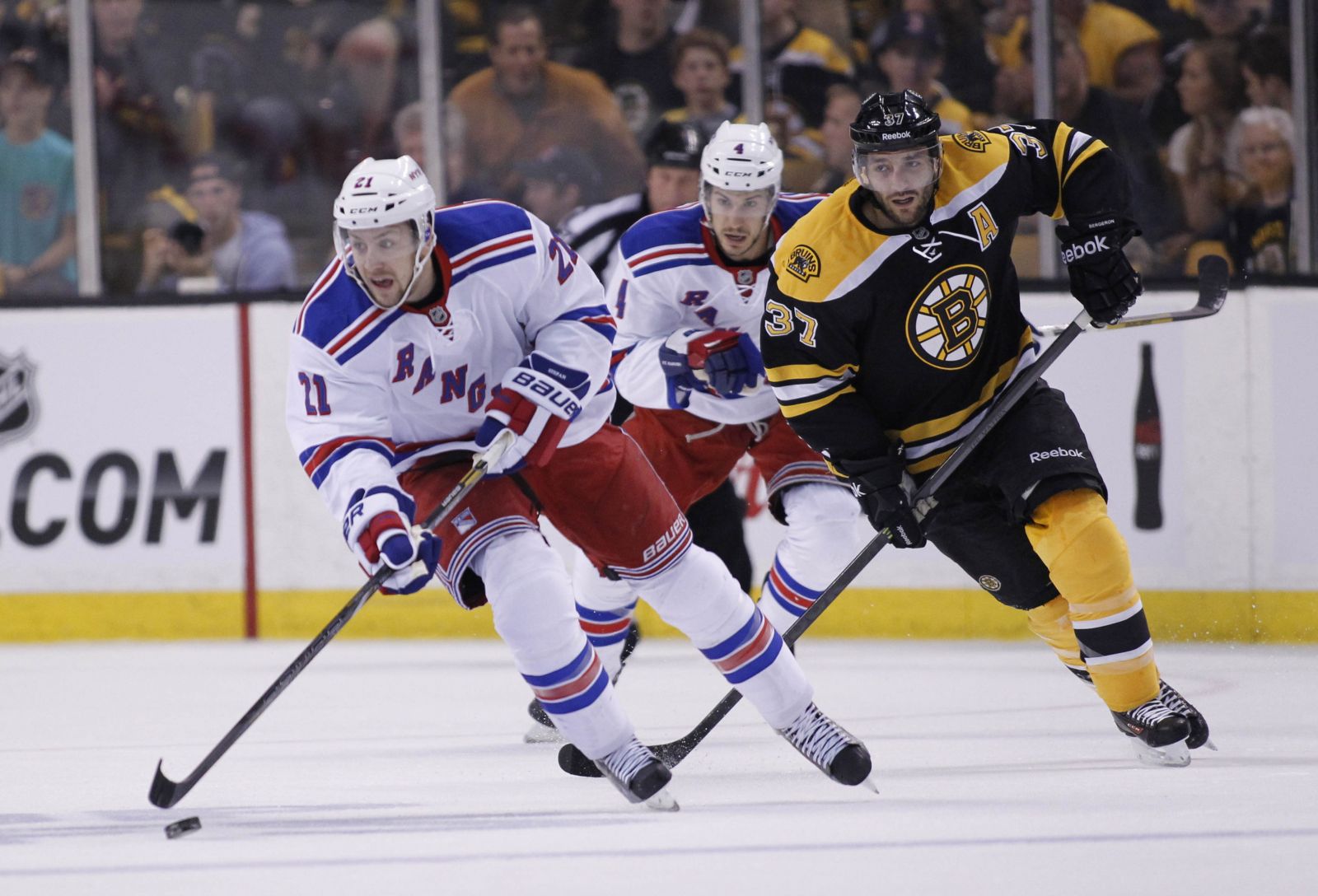 Stepan is only heading into his fourth full season with the Rangers, but he has proven to be a solid two-way player for the Blueshirts. If you compare the Russian and Canadian centers to the American centers, the Americans are going to have a tough time lining up against their counterparts. One way to remedy this is to have guys like Stepan who can create on offense but are willing to get physical on the defensive side of the puck. 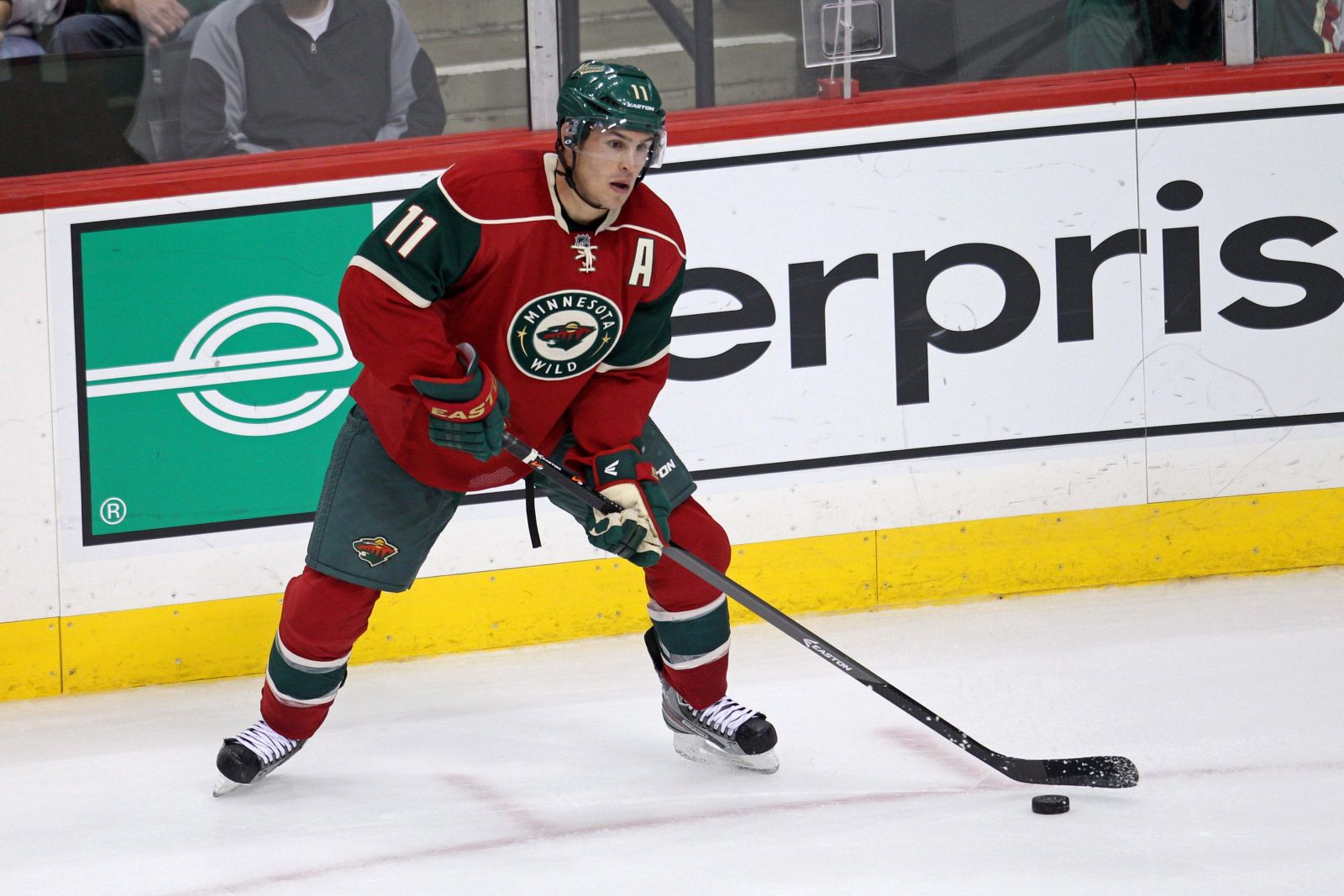 Parise will be a returning member of the team that played in the Vancouver Olympics. There’s no question that Parise will be on the team this year, as he’s a player who is such a dominant force on the ice and one of the best overall players on the team. He will also be in the running for the captaincy. If for some reason he doesn’t get the “C,” then I’m fairly certain he will wear an “A” for the Americans. The former first-round draft pick will be looked upon for his leadership to bring a gold medal to the United States. 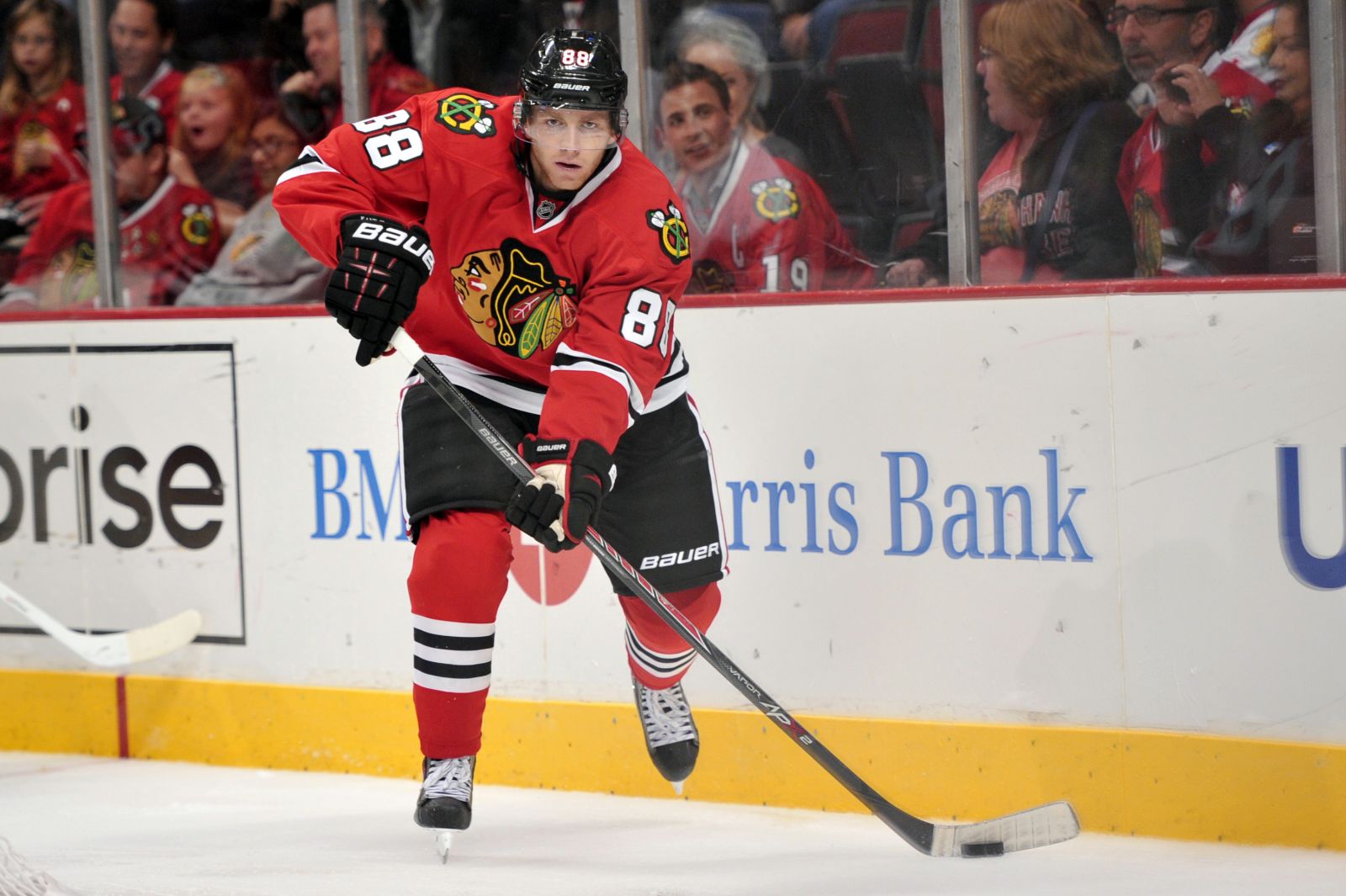 The U.S. National Team Developmental Program product has been an integral part of the last two Stanley Cup teams in Chicago. Like Parise, Kane has plenty of skill and will be a handful for the opposition to stop. Kane also represented the United States at the Vancouver Olympics. Being paired with a left-winger such as Parise with Stepan as the pivot could make for an extremely dangerous top line. 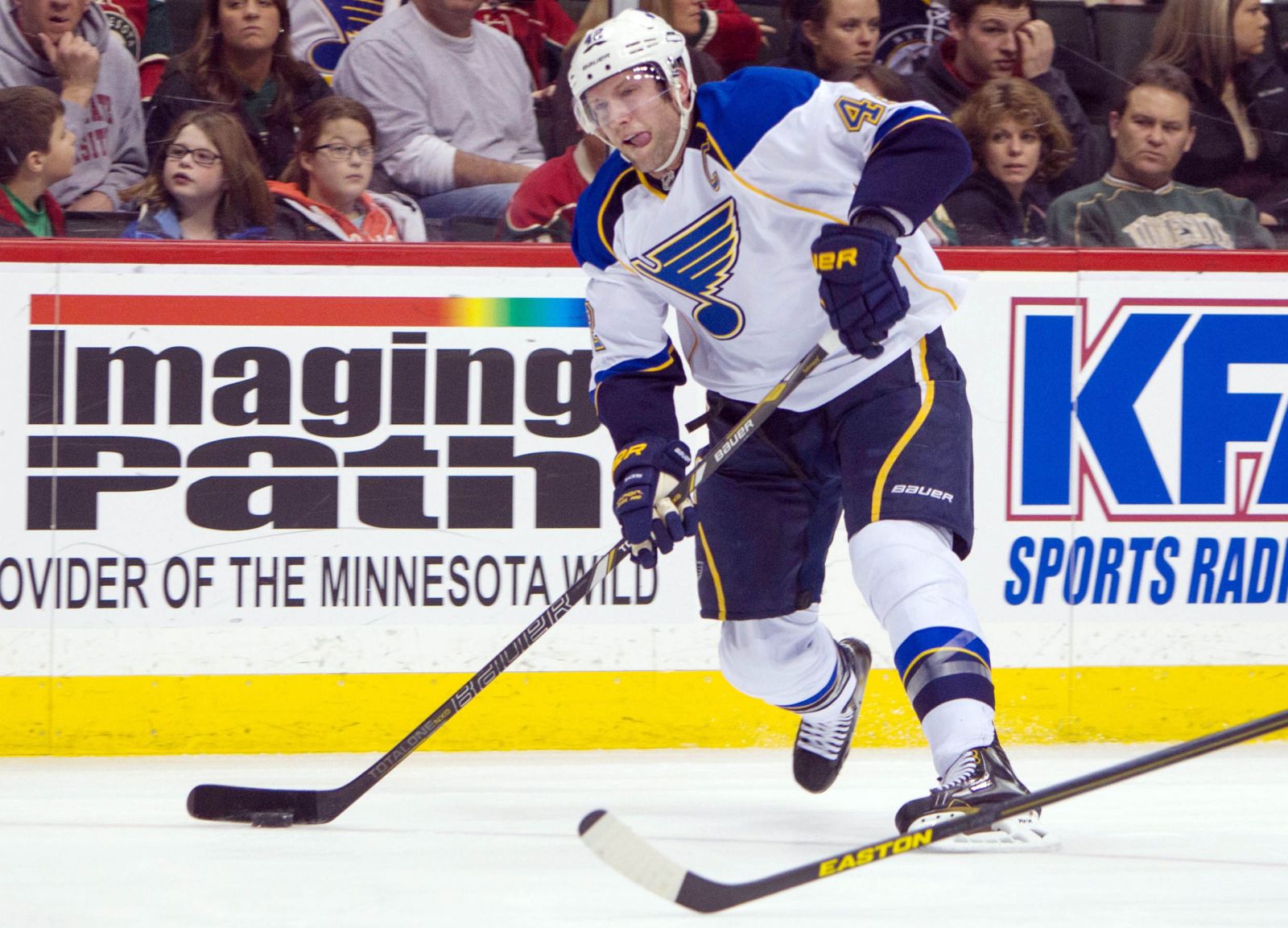 Backes, barring a major meltdown or injury in the first-half of the season, will be a shoo-in on the Olympic roster. His size coupled with his vision, hands, and play-making ability will make him a compliment to this team. Like Stepan, he also isn’t afraid to be physical and transition into his defensive responsibilities. The other attractive thing about Backes is his ability to kill penalties, and with teams such as Canada, Russia, and Sweden having so many offensive weapons, having a guy like Backes on the team will be important. 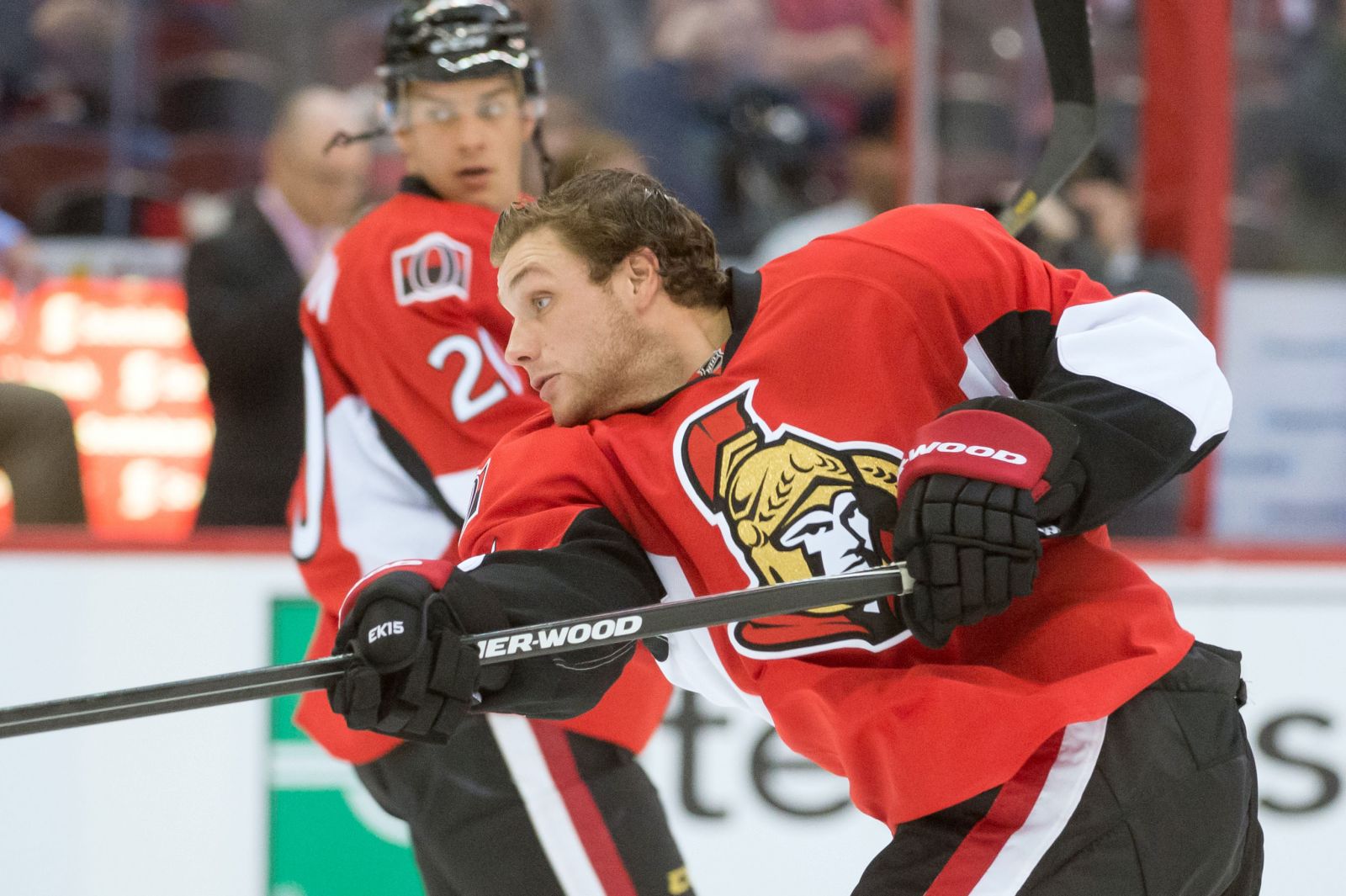 Ryan, who plays right wing, is another guy who is all but a lock for Sochi. The issue here is that the Americans are stacked on the right side, so don’t be surprised if he makes a move to the left in order to balance the lines. He’s a perennial thirty-goal scorer (minus last year’s lockout-shortened season) and will be another player who was on the Vancouver team who will get the call to play in Sochi. 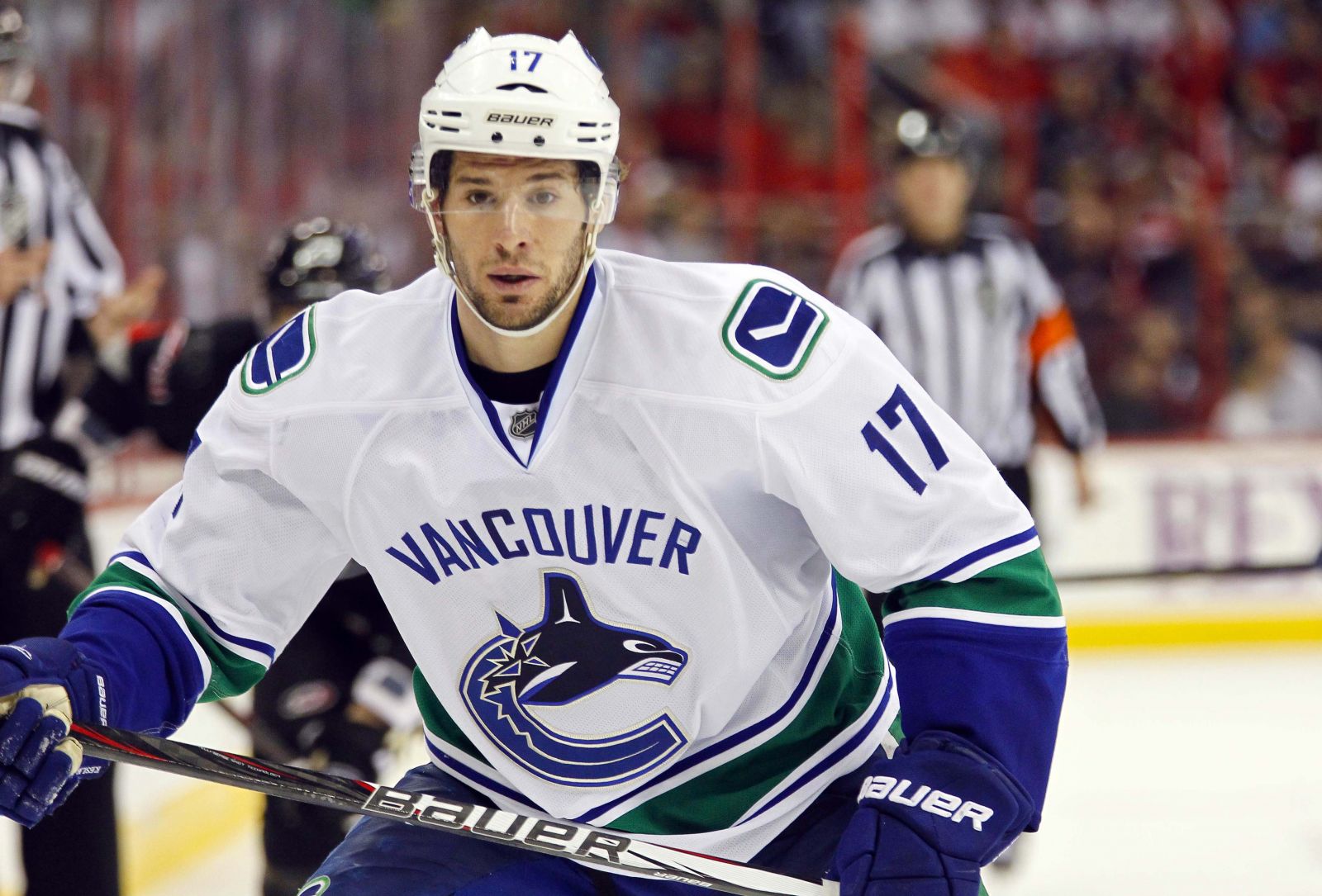 Although he was hampered by a foot injury and was rehabbing from multiple surgeries which caused him to miss most of last season, Kesler should show enough in the first-half of the season to get the call to go to Sochi. His talents will be desperately needed and he should see time on the second line centering Ryan. 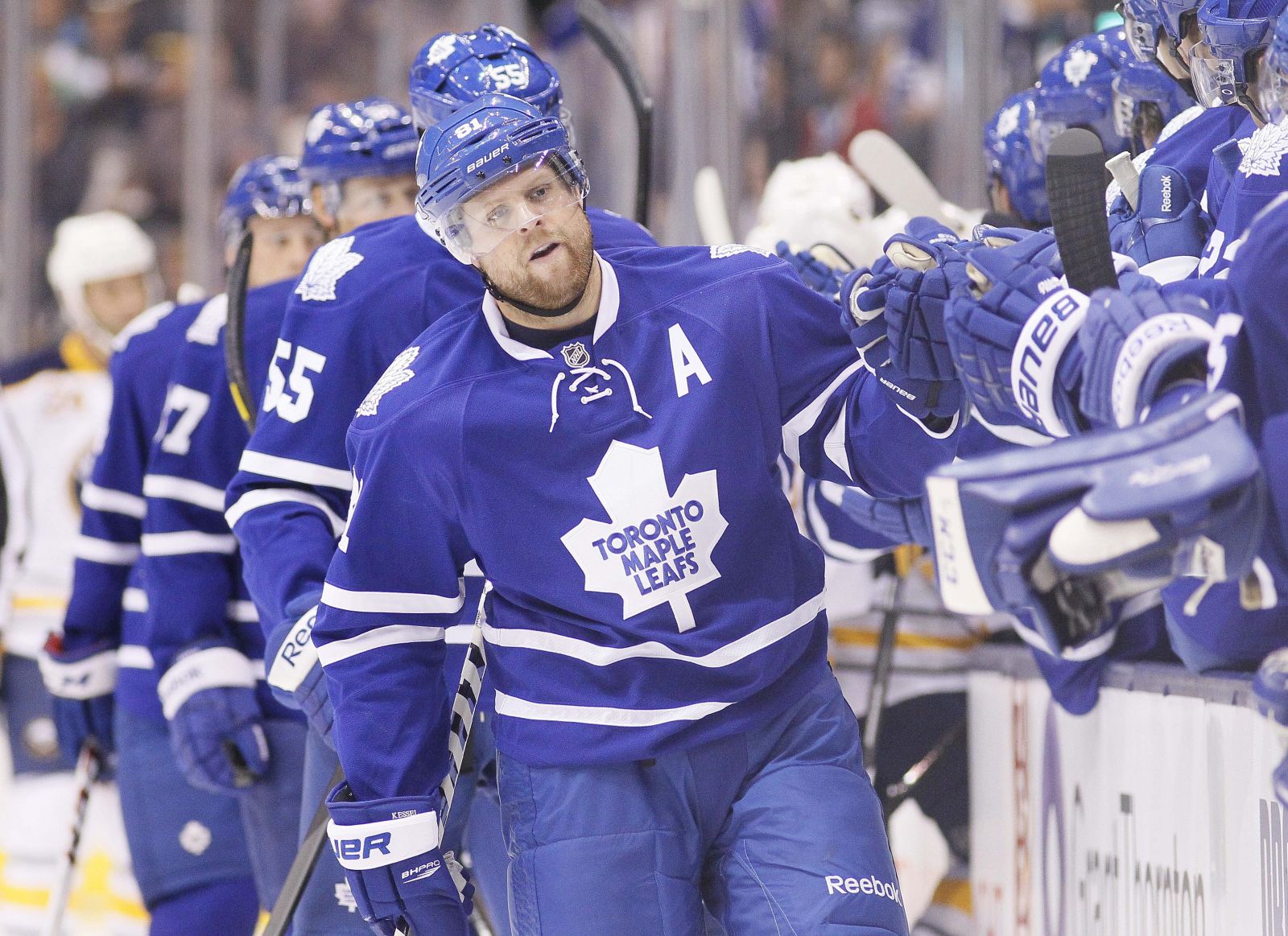 The 25-year-old (26 in October) from Madison, Wisconsin has been a prolific scorer over the past five seasons. He’s scored at least 30 goals a season over that span. Kessel, the fifth overall pick in the 2006 NHL Draft, could be in the same boat as Bobby Ryan where he may have to shift over to the left side in order to balance out the lines. No matter where he plays, expect Kessel to be a key cog in the American scoring machine as he’ll be looked upon to propel the Americans to the gold. 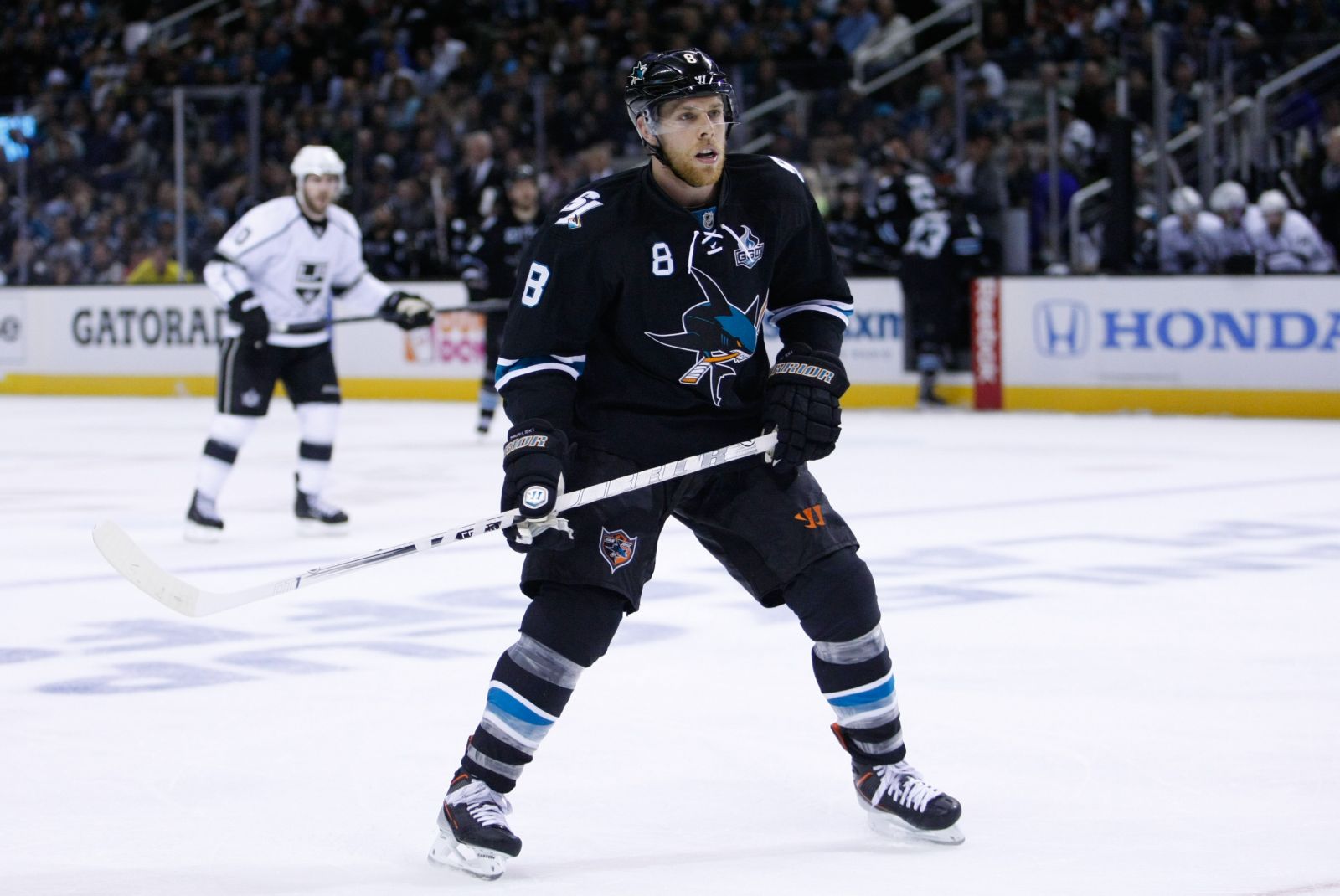 Pavelski will be looked upon by Dan Bylsma to take a large leadership role for the Americans and will definitely be a candidate to wear the “C.” He has been a major part of the Sharks offense over the last several seasons and is more than capable of being asked to play a special teams role for the Americans (he was tied for 3rd with Dan Boyle on the Sharks last year for power-play goals with 5). His grittiness will be a major asset for the Americans in order to slow down the speed and skill of the competition. 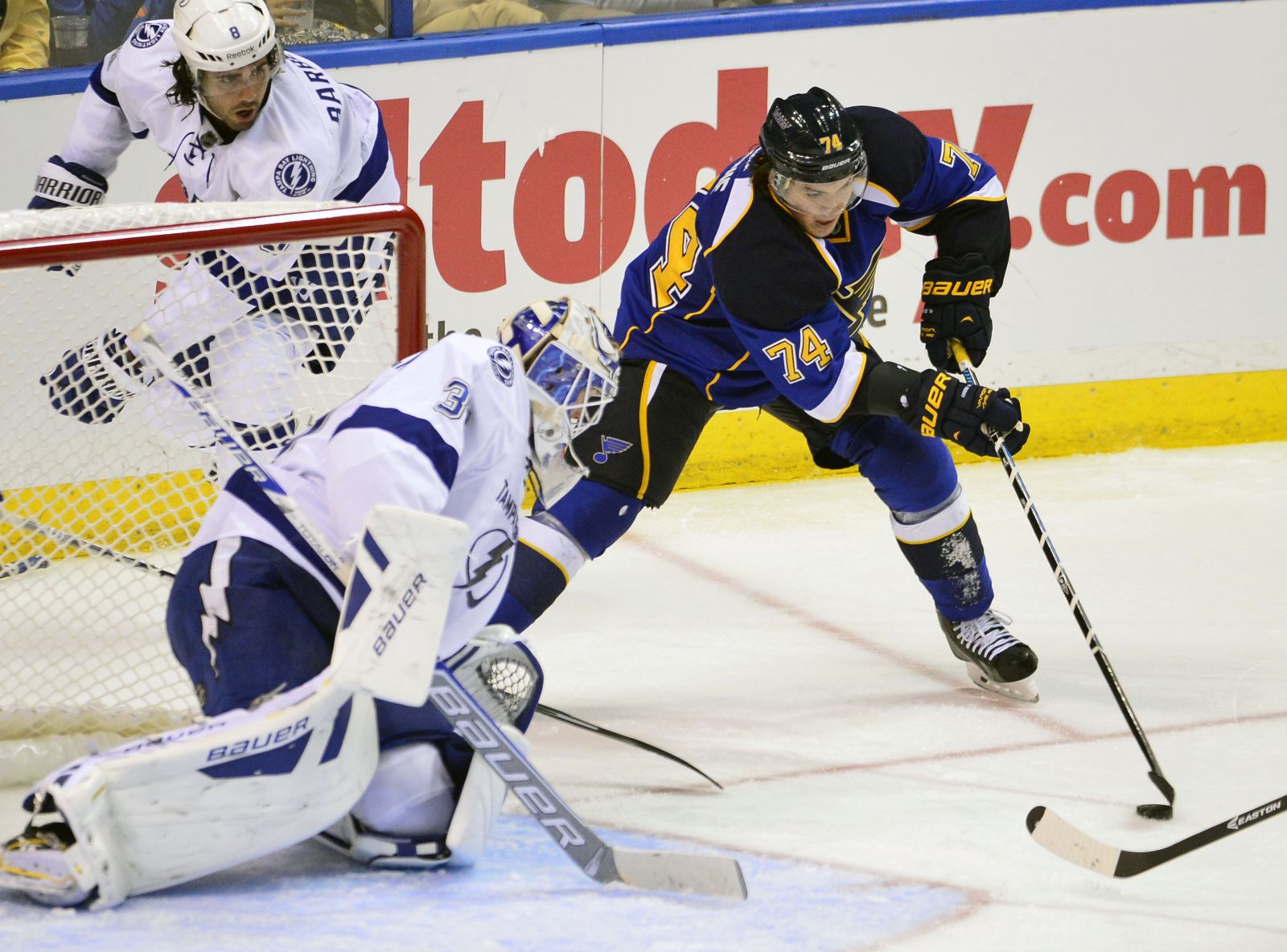 The 24th overall pick of the 2005 NHL Draft will be a lock to make the club, and while he will be playing in his first Olympics in Sochi, he is no stranger to international competition. Oshie has played in three World Championships and one World Juniors while he was a member of the North Dakota Fighting Sioux. Although he has never scored more than 20 goals in a season, he has been credited for at least 20 assists in every full season he’s been with the Blues. 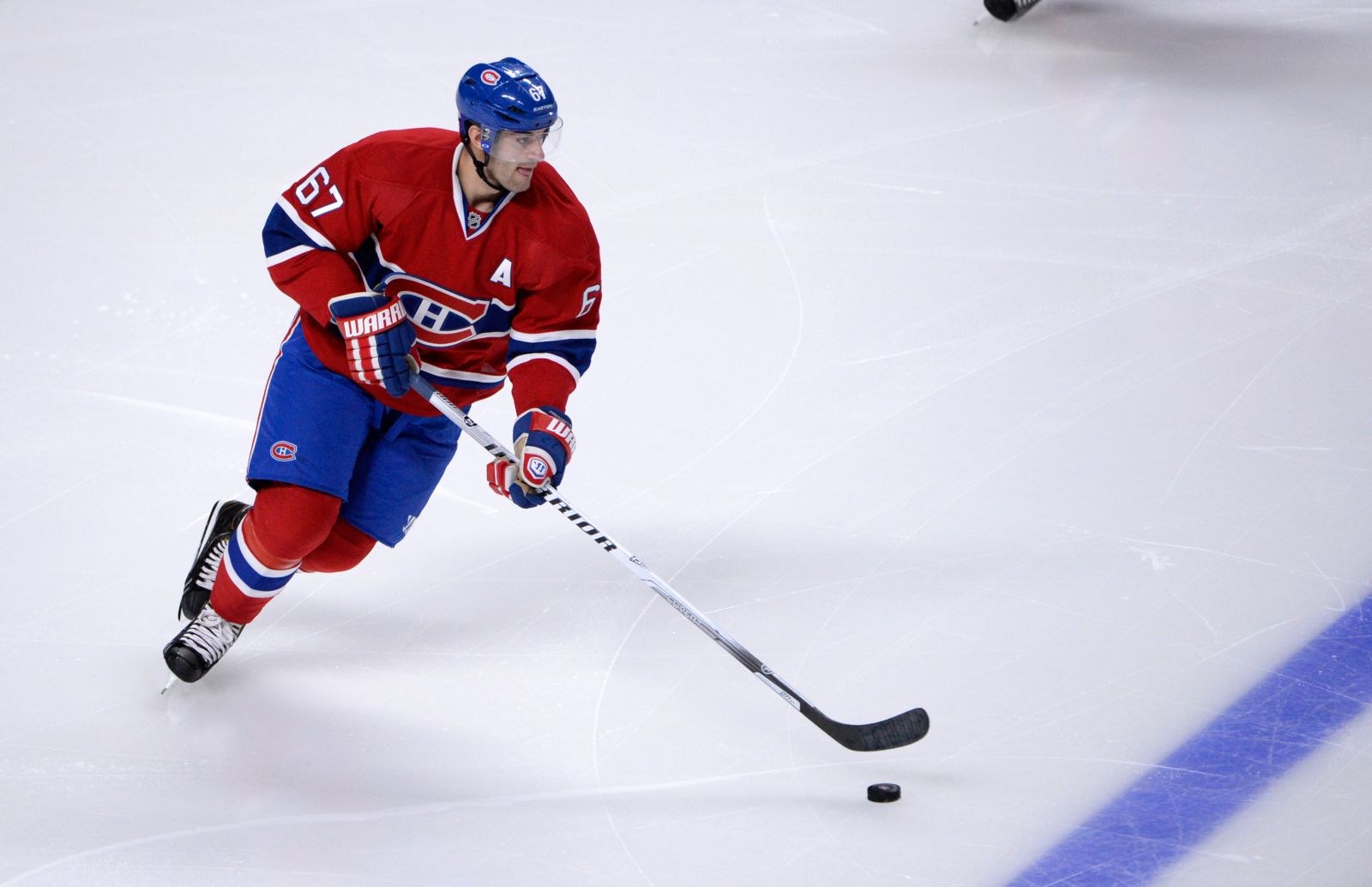 The Connecticut native has made a name for himself as a playmaker throughout the league and is usually one of the most dangerous players out on the ice. In the 2011-2012 season, he was a 30-30 skater and boasted a 11.5% shooting percentage while firing 286 shots. Although he lacks major international competition experience (has only played in the 2008 World Junior Championships and the 2012 Worlds), he is in a crop of young American talent who will be called upon for international competition from here on out to represent the Americans. 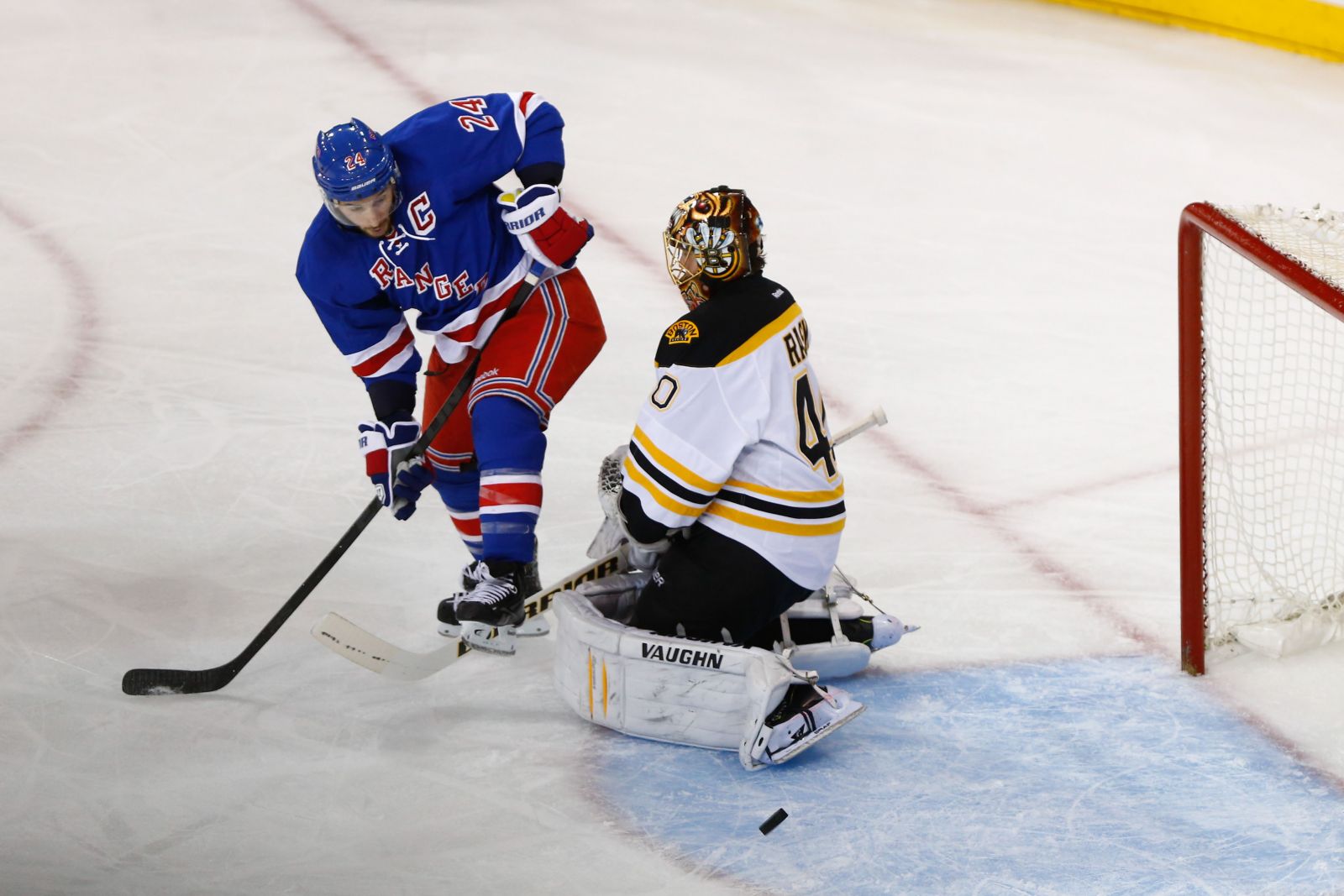 Callahan, the captain of the Rangers, is the heartbeat of the Blueshirts and is a major part of their offense. The Guelph Storm product is a perennial 20-goal scorer who has a keen sense for defensive responsibility. He is also a very mobile skater who has a high top-end speed, and with some of the wingers that the Canadians, Russians, and Swedes will bring to Sochi, it will be important to have a skater like Callahan who can keep up with them and skate back to take up a defensive role when play goes the opposite direction. 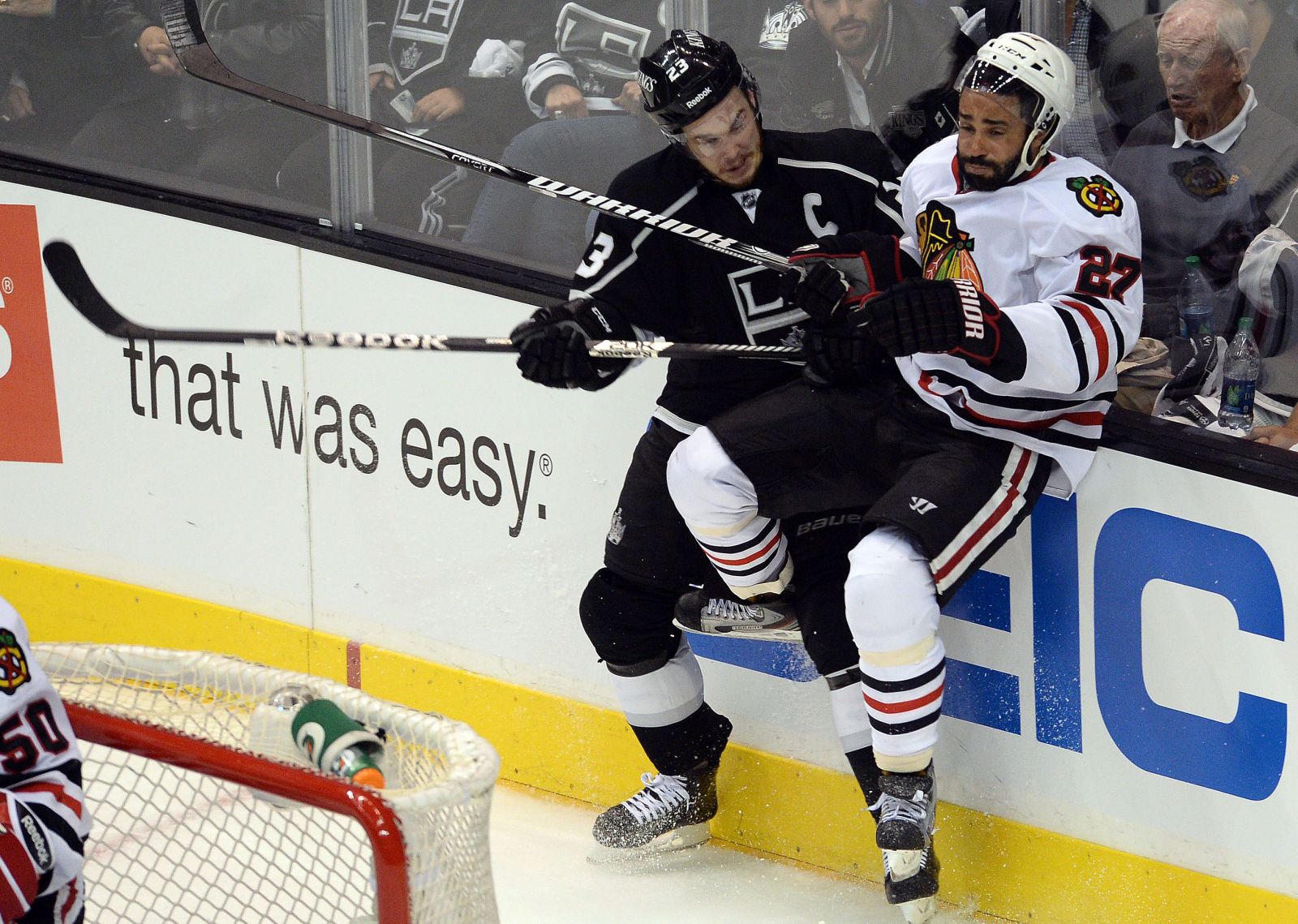 Brown has been a major offensive weapon for the Kings and was a large factor in helping Los Angeles win their first Stanley Cup in franchise history. The Kings’ captain was a member of the 2010 Vancouver Olympic team and has played in several World Championships. Brown is a versatile player who can skate, hit, score, play defense, jump up in on a special teams role and provide leadership across the U.S. roster.

The second overall pick in the 2007 NHL Draft is known for his speed and can snipe the puck at a moment’s notice. There are a few guys who are going to be battling for the 13th forward position, and while you can make a case for guys like Blake Wheeler and Alex Galchenyuk, van Riemsdyk’s playmaking ability gives him the slight edge over the other two.

What do you think? Did I get it right or am I way off base? Should Galchenyuk or Wheeler get the nod over van Riemsdyk? Leave your thoughts in the comments section below.