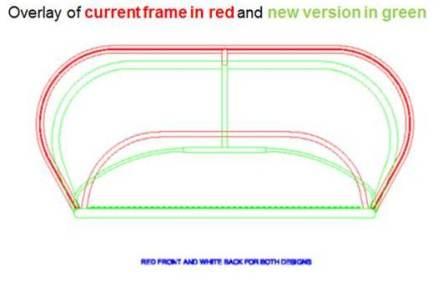 NHL nets will look a little bit different in 2013-14. Though the net will still feature an opening which is four feet high and six feet wide, the net will be four inches shallower. The NHL has also adjusted the skirt around the bottom of the net, reduced the size of the mesh on the top of the net and changed the corners where the goalpost meets up with the crossbar.

The pictures below from Pittsburgh's Post-Gazette and the Columbus Dispatch outline the differences between the new NHL net and the old nets.

The diagram above displays a direct comparison between the old and new net. As you can see, the new net takes up less space than the old net. Four inches were reduced off of the back of the cage in an effort to allow more offense to develop behind the net.

The change is fairly minor, but it should allow forwards a bit more space to wrap the puck around the net. 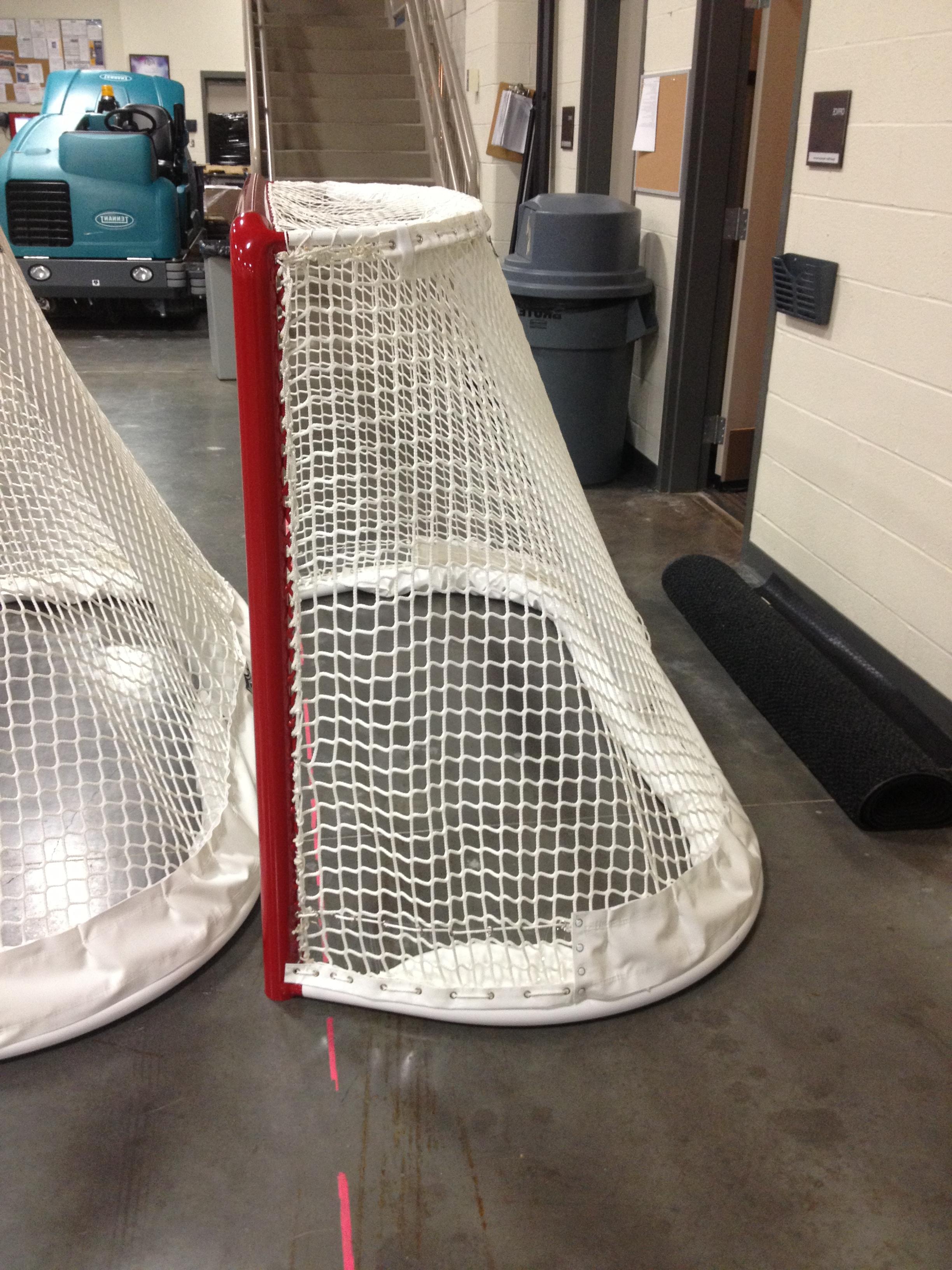 If you examine the bottom of the net, you'll see the new net has a clear plastic skirt at the bottom while the old net has a white skirt. This should allow officials and replay an easier look at controversial goals.

The corners of the new net aren't quite as round as they used to be. Old corner is on the left, new corner is on the right. You'll notice that the new corner has a much more prominent angle. It'll be interesting to see how a puck reacts when it strikes the almost 90 degree angle directly. 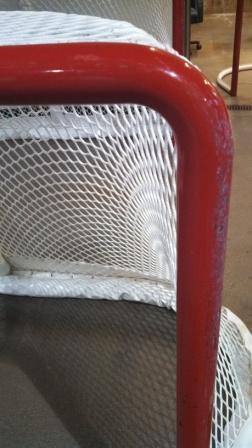 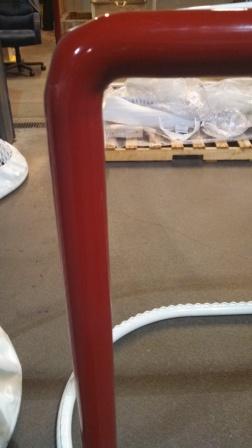 Will the changes elevate scoring? Probably not, but they're still worth pointing out.