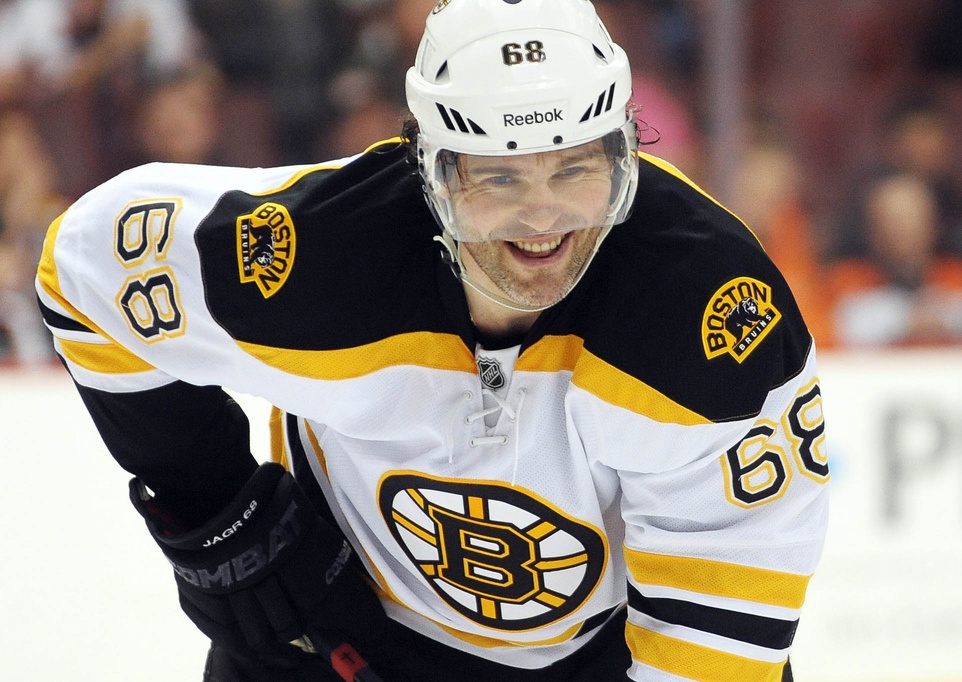 Jaromir Jagr's tour through the Eastern Conference continues. ESPN's Pierre LeBrun reports that the 41-year-old forward will be signing a one-year contract with the New Jersey Devils. The deal is expected to be formally announced on July 23rd.

If you're keeping score at home, Jagr's deal with the Devils means he will be joining his sixth team from the Eastern Conference: Pittsburgh, Washington, New York, Philadelphia, Boston and now New Jersey.

Unlike Jagr's shocking decision to go to Dallas last summer, this move makes a lot more sense. For starters, Jagr will now play in the newly formed Metropolitan Division. It's rather appropriate that Jagr, a player who started his career when the NHL's four divisions were the Patrick, Norris, Adams and Smythe, will be associated with yet another rebranding from the NHL.

Aside from all of the fun aspects of this story away from the rink, Jagr's deal with New Jersey makes plenty of sense on the ice too. It's really no mystery that the Devils need some help offensively after losing Ilya Kovalchuk to the KHL. While Jagr is far from being a replacement for Kovalchuk, he will provide some help to an offense searching for new answers.

If all else fails, the Devils can follow in the footsteps of the Dallas Stars and deal Jagr to a contender around the 2013-14 trade deadline.