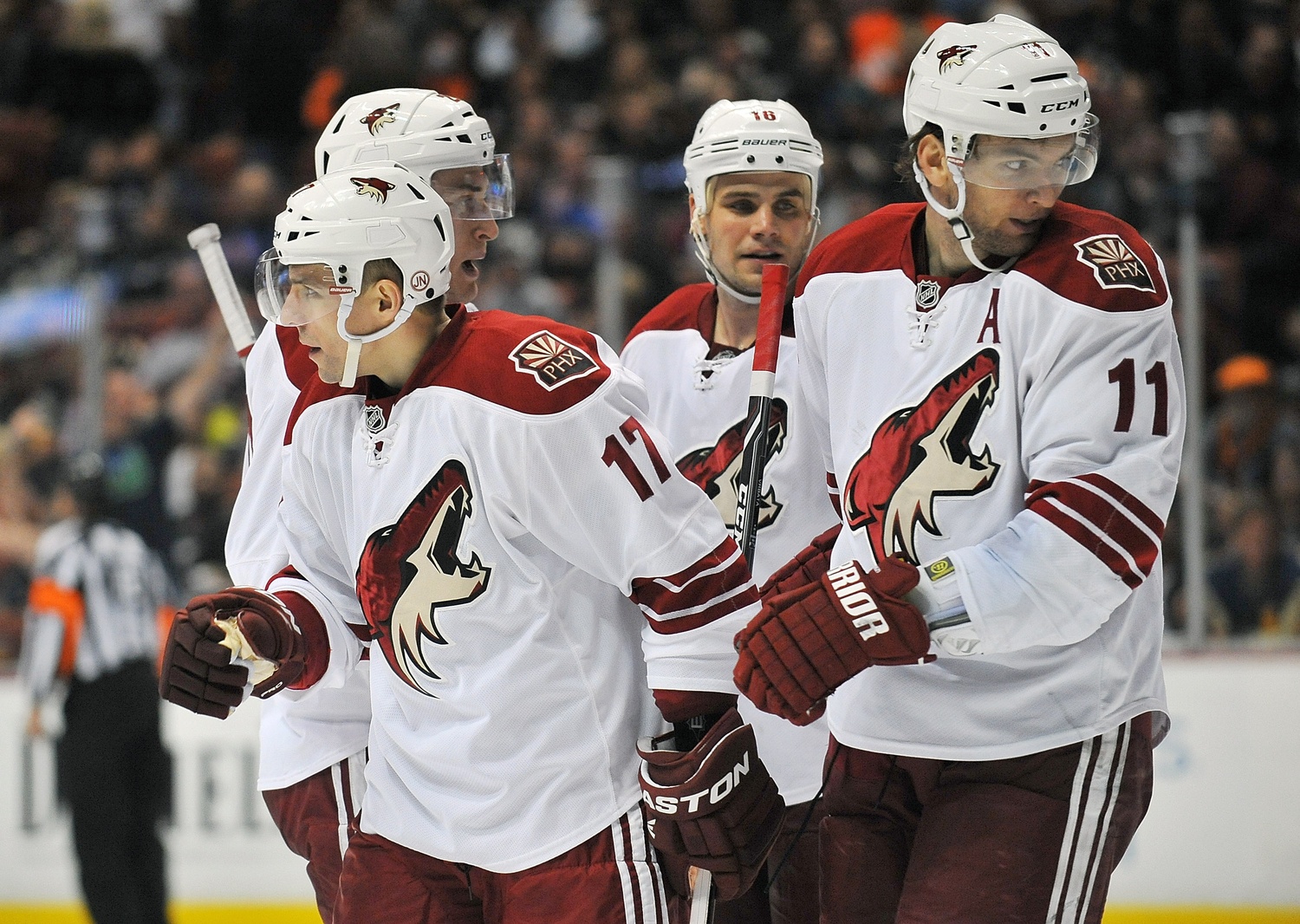 Last night, or early this morning if you live in the Eastern Time Zone, the Glendale City Council voted 4-3 to approve a lease measure (without the city five-year out clause) which will keep the Coyotes in Glendale. Today's a good day for Coyotes fans: their team finally has a stable owner in IceArizona and they have five years before the ownership's out clause kicks in, which should be ample time to show what the team is capable of. The team has never had actual ownership stability, so while being sold to owners who want the option to cut and run in five years might sound terrible, this is the best situation that the Coyotes and their fans could hope for.

Is it the best situation for the City of Glendale?

Who knows. Losing the Coyotes would mean that Jobing.com arena and the surrounding Westgate shopping center would be out a full-time tenant that brings in a significant amount of business and tax dollars. That would be bad. However, the city is having to help fund the lease deal over 15 years, and this isn't sitting well with residents. You see, the city has had problems funding public works, libraries, police departments, and the fire department. That is why so many citizens are opposed to the deal. Here's the cost breakdown from the Arizona Republic:

They want taxpayers to continue to cover the cost of debt service on the arena, which will be $8.4 million in fiscal 2014, and fund capital repairs for $500,000, plus pay hockey executives $15 million annually to manage the building. Before the bankruptcy, the team managed the arena at no cost.

In the IceArizona scenario, the city’s $8.4 million repayment on construction debt, $500,000 in repairs and the management fee would come to $23.9 million next year.
It would be offset by projected tax collections from hockey and other business at the arena and Westgate totaling $4.3 million, plus projected reimbursements by the team of $6.7 million.
The bottom line for the city would be a deficit of $12.9 million in the coming fiscal year.

The city's estimated deficit without the Coyotes in the short term is $10.9 million. I suppose the key there is "short term," because no one really knows what would happen to that area if the Coyotes had relocated. Trying to explain that to taxpayers is a moot point for a city who has no reserves left despite tax increases; without the Coyotes it was estimated that the city's reserves could grow to $20.3 million in five years. With the Coyotes? It would grow to $8.6 million.
It's easy to understand that people wanted the city to cut ties with the team. The City of Glendale does not seem to be in the best financial shape, but it also appears that the area around the Westgate Shopping Plaza would falter without the Coyotes and their 41 dates a year. The Tanger Outlets and Arizona Cardinals are there, and would boost revenue, but it still means that there would be a few months out of the year where there's nothing going on. In the long run, the loss of those tax dollars could also be detrimental to the city.
It's an unpleasant situation, but one that I'm sure most hockey fans are glad to finally see come to an end. It's been four years, and every boulder has been moved for this team. Whether that's to save face for Gary Bettman and the NHL or if it's because hockey really will work in the desert remains to be seen. What is obvious is that the Coyotes were awarded numerous chances that the Thrashers were not thanks to the City of Glendale's willingness to throw taxpayer dollars at a very large issue. Atlanta refused – mayor Kasim Reed basically told the team "good riddance" – and the team was gone in record time.