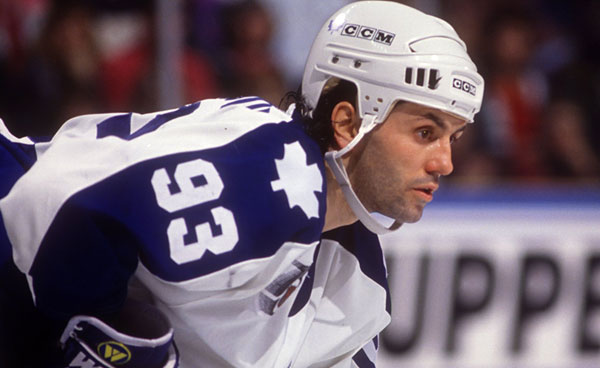 Alumni games are always fun. It’s great for fans to see the players of their youth lace up the skates again, and it’s a blast for the guys to go back out on the ice where they made their livlihoods, this time for fun. Franchises get to re-live the moments that made them great, and the host team gets a chance to sell a ton of tickets, most of which are more affordable than seats to the Classic itself.

This year, with the Toronto Maple Leafs and Detroit Red Wings, you have a ton of history to go around. While, obviously, you’re not going to get too many guys from the actual “olden” days (aside from Ted Lindsey and Gordie Howe, who will be on the roster/make an appearance for Detroit), you will be able to get a ton of players who have had a historical impact on the game. The two franchises have had so many outstanding players play for them that the NHL has deemed it appropriate for there to be two alumni games this year at the Winter Classic. Full rosters aren’t set, obviously, but the names that’ve agreed already to play are impressive.

You might stop and say “Hey! Wait! Are these two franchises really more deserving of another roster than say, the Penguins or the Flyers?” As far as sheer number of notable players in the past, yes. Franchise success? if you’re going to base it on that, Detroit certainly has more room for Alumni teams than probably any other team in the league save for the Habs.

Is this an attempt by the NHL to appease Red Wings owner Mike Illich, who wanted the classic at his Comerica Park? Probably not. The league’s been known to appease the owner of one of it’s most successful franchises before, specifically with the realignment issue, but how can you worry about appeasement when you get to spend a January afternoon watching some of the greatest players to play the game skate by you? Even if it is appeasement, who cares? It’s good for the fans of both teams, and it’s good for the league to have a connection to its past.