In the first trade of the day, the Dallas Stars General Manager Joe Nieuwendyk sent defenseman Nicklas Grossman to the Philadelphia Flyers in exchange for a 2012 second round draft pick and a 2013 third round pick. The 6-foot-4, 230 pound blue liner isn’t exactly the golden defenseman that the Flyers were looking for, but he ultimately is another defensive defenseman that can help a struggling Flyers penalty-killing unit. Grossman averages nearly 19 minutes of ice time and is known to block shots. Flyers General Manager Paul Holmgren most likely saw Grossman as a younger and cheaper version of Montreal defenseman Hal Gill – whom the Flyers were supposedly very interested in last week.

With their first trade out of the way, the Stars have begun to raise the white flag on their season. A quick glance at the conference standings has them outside the top eight in the Western Conference while still being a few points away from the final position. Though they could still make the playoffs, the Stars could cash in at the deadline if they become sellers. With so many teams unwilling to give up hope, the assets available could be sparse. Could Nieuwendyk send Morrow, Dvorak, Burish, or Souray out the door next? 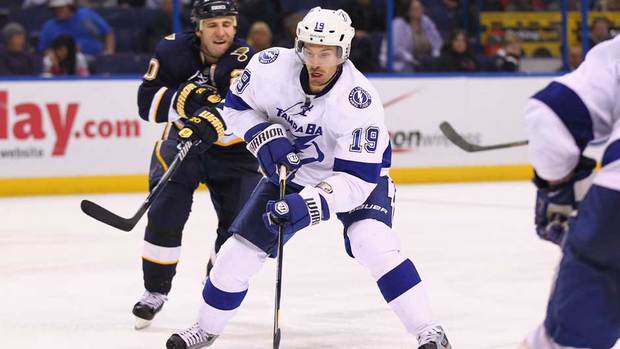 Hours after the Flyers bolstered their defense, the NHL trade winds blew again as the Tampa Bay Lightning sent center Dominic Moore and a seventh round draft pick to the San Jose Sharks for a 2012 second round draft pick. Only 31 years of age, Moore has become a player that is always on the move. The Sharks will be his 9th NHL team since coming into the league during the 2003-2004 season. In his time with the Lightning this season, he has tallied 4 goals and 19 assists in 56 games. Look for Moore to contribute to a Sharks team ready to dive head first into the playoffs. The bottom six forward is one of a few of a group of players that seem to find their best hockey when the pressure is high.

Much like the Stars, the Lightning aren’t yet willing to call it a season but are willing to trade certain parts of their team. Many reports have GM Steve Yzerman preparing to send out defenseman Pavel Kubina in the next few days. Fellow defenseman Brett Clark and forward Adam Hall could also be out the door if Yzerman decides to put up the “for sale” sign.