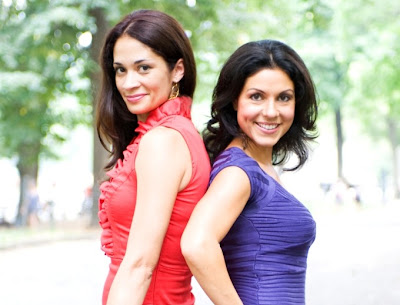 Oops. Chalk this one up to not knowing any audience. The CBC announced the invasion of their ladies’ themed podcast “While the Men Watch” on Hockey Night In Canada broadcasts. The assumption that women watch hockey differently than men ticked people off (just read Twitter) because the sport has a very large group of knowledgeable female fans — fans that most guys in my experience look at no differently. If women were like the two ladies on WTMW, I’m pretty sure guys would be walking around with earplugs in.

The thing that I find so outstanding about this isn’t the misogyny that’s implied here by CBC’s bad decision (“Women can’t watch a sport! Let’s focus this show on sex and shoes!”) but that these women are unintentionally hysterical. I can’t criticise something that is going to give us gems like:

Anywho, you have to appreciate the humor here. Yeah, it’s shameless pandering. Yes, these two women come across like actual living, breathing stereotypes — while managing to stereotype men in the process as sex and sports obsessed. As Steve Lepore of Puck the Media suggested, just feature Cassie Campbell. Hell, Versus was ahead of the curve (!) with Christine Simpson for pete’s sake. You can appeal to non-die hards by having someone explain the sport in a way that isn’t condescending.

But please, keep the blog going. This thing is comedy gold.