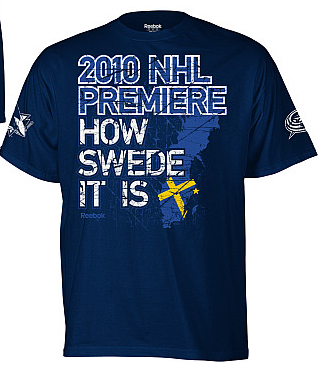 The Collective Bargaining Agreement reached to start the league back up again after the 2004-2005 lockout is kaput after this season, and understandably people are worried. The NHLPA successfully bucked the GMs on the issue of realignment earlier this season, and many viewed that instance as the opening salvo in a potentially long and drawn out ordeal. You have one work stoppage, and look at what happens.

The NHL’s been starting the season in European locations since 2007 to both spread the brand and give local fans a chance to see some of their home grown superstars play in person. Unfortunately, with the uncertainty around the new CBA negotiations, it seems like scheduling the games and booking the venues could be an unnecessary cost. If the season’s kaput, then the league and the NHLPA will have to figure out who foots the bill, or how much of a bill they foot.

Aside from the Premiere Games issue, the NHL and NHLPA haven’t sat down to discuss the CBA that expires on September 15th. In quotes given to the Globe and Mail, Gary Bettman sounds optimistic that something will be worked out. Unfortunately, there’re going to be lots of disappointed fans in Helsinki or Stockholm, or Munich, or where ever the league was going to start next season.