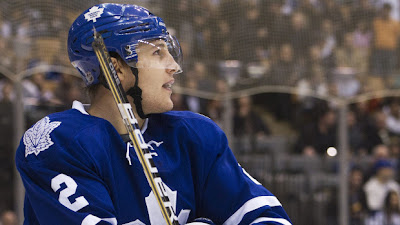 In what seems to be the current trend in NHL trades, for the second time in two days brothers have been united in playing for the same team. While yesterday there was little surprise in Jordan Staal being traded to the Carolina Hurricanes to play with his brother Eric, few expected Luke and Brayden Schenn to both be members of the Philadelphia Flyers at the end of the second day of the draft.

When you’re working with two unpredictable GMs like Brian Burke and Paul Holmgren, stuff happens. One year after the trades that saw Jeff Carter and Mike Richards leave the Flyers after signing long term contracts, James Van Riemsdyk was traded to the Toronto Maple Leafs for Luke Schenn straight up. JVR signed a six year, $25.5 million contract at the end of last August, but just because the player intends to be with the Flyers long term doesn’t mean that the team intends the same thing. The Flyers needed a blue liner with Chris Pronger still out, and this points to Pronger not returning any time soon. Schenn was disappointing in Toronto because he never lived up to the hype; hopefully a change in scenery will do him some good.

JVR was injured often last year, scoring only 11 goals in 43 games played. The former second overall draft pick has shown that he’s easily a 30-40 point guy when healthy, something that Toronto should be happy to have. Schenn, the former fifth overall pick, is good for about 20 points from the blue line, but has been plagued by inconsistencies and wound up with a -6 rating last season.

One thing that this does appear to do effectively is take the Flyers out of the Rick Nash or Bobby Ryan trade rumors. JVR would more than likely had been a centerpiece of one, and by dealing him to Toronto, the Flyers have placed defensive needs over some offensive firepower.