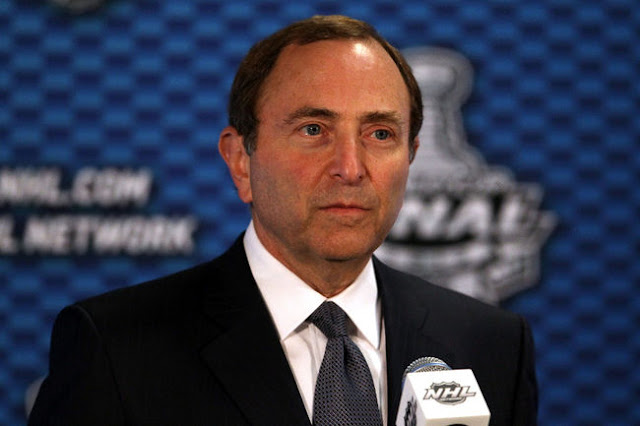 The NHL is not the only sports league with struggling franchises by any means, but Gary Bettman seems hell-bound and determined to make them the league with the most unique method of dealing with those franchises. Already the owner of the Phoenix Coyotes, who they may or may not be selling to Jerry Reinsdorf this summer, the NHL might also be temporarily taking over the New Jersey Devils as well.

Team owner Jeff Vanderbeek, despite owning one of the top franchises in the league, has been losing massive amounts of money for various reasons on the Devils. He’s been late paying on the team’s $77 million in debt, and to help resolve that he states that he’s close to finding another investor to help him take on the team. Devils fans have no reason to doubt Vanderbeek’s intentions nor desire to get another investor; however, in the sluggish economy the league has decided it’s better safe than sorry, especially since Vanderbeek’s been having financial problems for the entire season. They’re working on a back-up plan, according to the New York Post: they’re going to take the team over.

Despite public statements espousing confidence that a new investor will be found, commissioner Gary Bettman’s office has been putting their failsafe into action quietly. Sources are saying he’ll be giving Vanderbeek a few more weeks, but not until the August 14th deadline that the banks have given the owner, before the league boots Vanderbeek aside and runs the team a la Phoenix until a new owner can be found. Chances are that will take less time than the three years that the league has been fighting to keep the Coyotes in Glendale.

The whole situation raises two questions: first, would this same senario have happened to the St. Louis Blues? Dave Checketts and his ownership group were in the exact same spot as Vanderbeek. If the sale (at a discounted price) to current owner and former minority owner Tom Stillman had not gone through, would the league also be running St. Louis?

Question number two comes back to the league’s actions with the Atlanta Thrashers. They were fairly adamant that they did not want to run two franchises, and now with Phoenix and New Jersey, it looks as though the league will be doing the same thing even if for a short amount of time. Atlanta wasn’t an established market like New Jersey is, and the franchise didn’t have a smidge of the success that the Devils have had. Stanley Cup winners do take priority over expansion teams. On top of that, the Thrashers had a nightmare of an ownership group and the league had a buyer standing there with a $60 million relocation fee in his hand. The situation’s different, but for fans of teams who haven’t been given multiple chances before relocating, Bettman’s actions must still be frustrating.

It’s still frustrating to see Bettman give up so quickly on one market while he does whatever possible to take care of others. Will the next stop be stepping in to fix the mess on Long Island? Will he have to re-fix the mess in Phoenix if the Coyotes stay put? The weak economy is certainly giving the commissioner a chance to demonstrate his unique brand of hockey Darwinism.