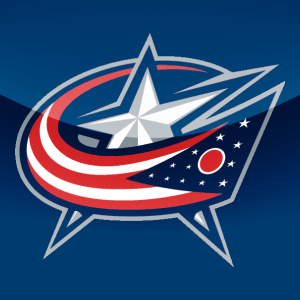 COLUMBUS, OH – In an attempt to increase brand awareness, the Columbus Blue Jackets have reached a new merchandise sales deal with the Florida Panthers. Larry Hoepfner, the Executive Vice President of Business Operations, gleefully announced the new deal via a press release on the club’s website:

“The Columbus Blue Jackets are happy to announce that we’ve officially reached a new merchandise sales deal with the Florida Panthers. In the deal, we were able to lease table space in the Florida Panthers team store inside BankAtlantic Center. We feel this is a step forward for our entire organization. This is just one of the actions we’re taking to make sure nobody forgets about the Columbus Blue Jackets.”

The financial terms of the deal weren’t disclosed at the time of the release. However, it was determined that the new deal was effective immediately. “We’re really not sure why the Blue Jackets approached us to be completely honest.” Michael Yormark, Chief Operating Officer of the Florida Panthers, stated when he was reached for comment. “I guess they felt the need to push the envelope on the business side of things. Once they handed us an initial offer for the table space, we realized they were serious. Since it is my job to make sure we have enough cash to pay for the roster we bought in the offseason, I decided to continue negotiations and we quickly reached an agreement.”

The announcement comes 19 games into the 2011-2012 season, where the Blue Jackets have found themselves in the basement of the entire National Hockey League. After losing eight games to start the season, things quickly turned sour in the front office. “I couldn’t believe what was happening. Can you believe the Oilers kept Nugent-Hopkins on their roster? Me either! And then I realized we lost 8 in a row” said Blue Jackets V.P. of Hockey Operations and General Manager Scott Howson. “To combat the negative energy, I felt that I had to do something. Acquiring Mark Letestu and Nikita Nikitin seemed to shake things up just enough to shed the Fail for Nail campaign attached to us by basement bloggers.”

Late last night, the Blue Jackets were seeing some progress from these transactions as they finally won an away game against one of their top rivals, the Nashville Predators. Defenseman James Wisniewski was able to score in overtime to give the team a much-needed win to increase their overall point total to 10. Howson was quick to reminisce in the victory: “So relieved that Wiz finally scored his first goal of the season. Now we are in striking distance of passing up the Islanders in overall point standings. Do you think they’ll give us Nabokov if we do?”

Because of the late win by the Blue Jackets, team President Mike Priest gave the entire organization the day off on Sunday. Since all media outlets were unable to speak to the team’s media relations division, no visual evidence was provided. Having said that, other sources (such as Pittsburgh Penguins television affiliate – Root Sports Pittsburgh) was able to give us a snapshot of the Panthers team store from Saturday’s Penguins – Panthers matchup.